Will Packer gives back to FAMU, fondly recalls the city that raised him

Movie mogul, Rattler, and native son Will Packer will kick- off the Friday, Oct. 29 FAMU Homecoming 2021 festivities with a ribbon-cutting ceremony for the new Performing Arts Amphitheater named in his honor. Photo by Laryy Busacca Portrait  BY MARK PARKER, Staff Writer ST. PETERSBURG — One of St. Pete’s favorite sons is giving back […] 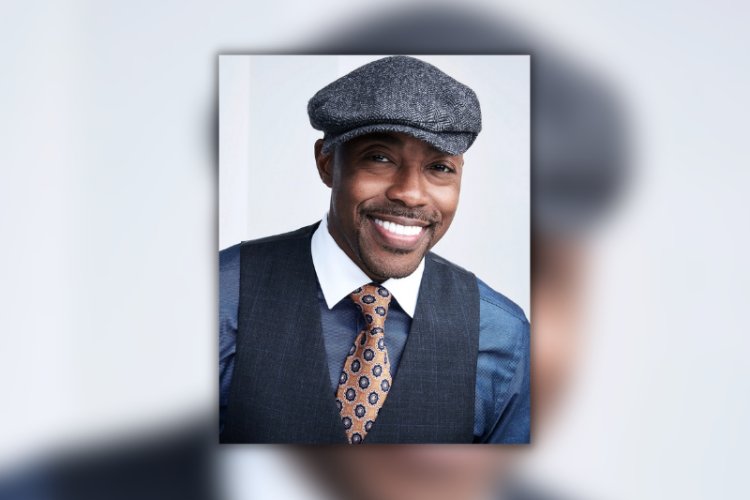 Movie mogul, Rattler, and native son Will Packer will kick- off the Friday, Oct. 29 FAMU Homecoming 2021 festivities with a ribbon-cutting ceremony for the new Performing Arts Amphitheater named in his honor. Photo by Laryy Busacca Portrait

ST. PETERSBURG — One of St. Pete’s favorite sons is giving back to the institution that helped shape his career and make him the man he is today, as celebrated director Will Packer donates $500,000 to his alma mater – Florida A&M University.

Packer is one of Hollywood’s most successful filmmakers, producing or executive producing a wide range of movies that have grossed more than $1 billion at the box office.

His list of production credits is extensive and includes films such as Girls Trip, What Men Want, Think Like a Man, and Stomp the Yard. Packer was also an executive producer on the critically acclaimed Straight Outta Compton, which has grossed over $200 million.

However, long before Packer was a movie mogul, he was a Rattler. 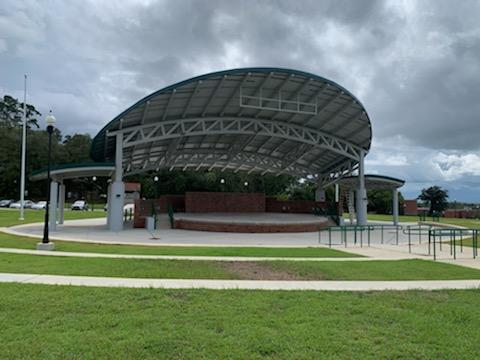 Celebrated director Will Packer donates $500,000 to his alma mater – Florida A&M University. When Packer returns to the school on Oct. 29, he will gaze upon a new Performing Arts Amphitheater named in his honor.

Packer earned an engineering degree from FAMU, and when he returns to the school on Oct. 29, he will gaze upon a new Performing Arts Amphitheater named in his honor. The ribbon-cutting ceremony will kick off the university’s Homecoming 2021 celebrations, which, thanks to Packer, will be a star-studded affair.

Packer told The Weekly Challenger that while he is not “old,” he is at a time in his life when he can start to think about his legacy.

“It means so much because FAMU gave me so much,” said Packer. “To be able to give back in a big way, a public way, and support that institution that means so much to me – it’s everything, brother. It really is.”

Packer said he grew into his true self at the Historically Black College and University (HBCU), and those years shaped him personally and professionally.

“College is already such an extremely formative time for anybody,” the mogul said. “But as a young Black man from St. Petersburg, Fla., going to an HBCU, the first time being around that many African Americans, to be in the midst of the HBCU community – it challenged me in ways that I had not been challenged before and allowed me to really find my voice.”

Packer added that he found his passion for his career at FAMU and began working on his first movie, Chocolate City, with classmate Rob Hardy while he was still on campus. If not for attending the university, he may never have become a filmmaker.

Packer hopes students at FAMU are inspired by the new Performing Arts Theater bearing his name. He wants them to realize he walked the same halls, slept in the same dorms, and became successful enough to now be in a position to give back in a meaningful way.

“I hope it means other students will see that and think, ‘I can do that too,’” he asserted. “I want them to see that and say, ‘If Will Packer can do it, I can do it.’”

“And by the way, not just go off and be successful, but also give back.”

Packer is excited about the ribbon-cutting ceremony Friday and said he is bringing some friends with him. Stephen A. Smith is taking his ESPN talk show First Take to the campus, and Kevin Hart is recording his live Sirius XM radio show, Straight From the Hart, there as well. Packer teased there would also be “some surprise guests for the FAMU crowd” in attendance.

Just as he is a proud Rattler, Packer is a proud native of St. Petersburg as well. At the onset of the interview, he said, “I’m a fan of the city, and that is the city that raised me.”

Packer said his parents instilled in him that he could do anything he wanted to do, and a supportive family and nurturing community is what he takes most with him from his childhood.

He went through Pinellas County schools, fondly recalling his time at Maximo Elementary, Bay Point Middle, and St. Pete High. His parents encouraged him to embrace whatever environment he was in, and “St. Pete was a good environment for me to do that.” 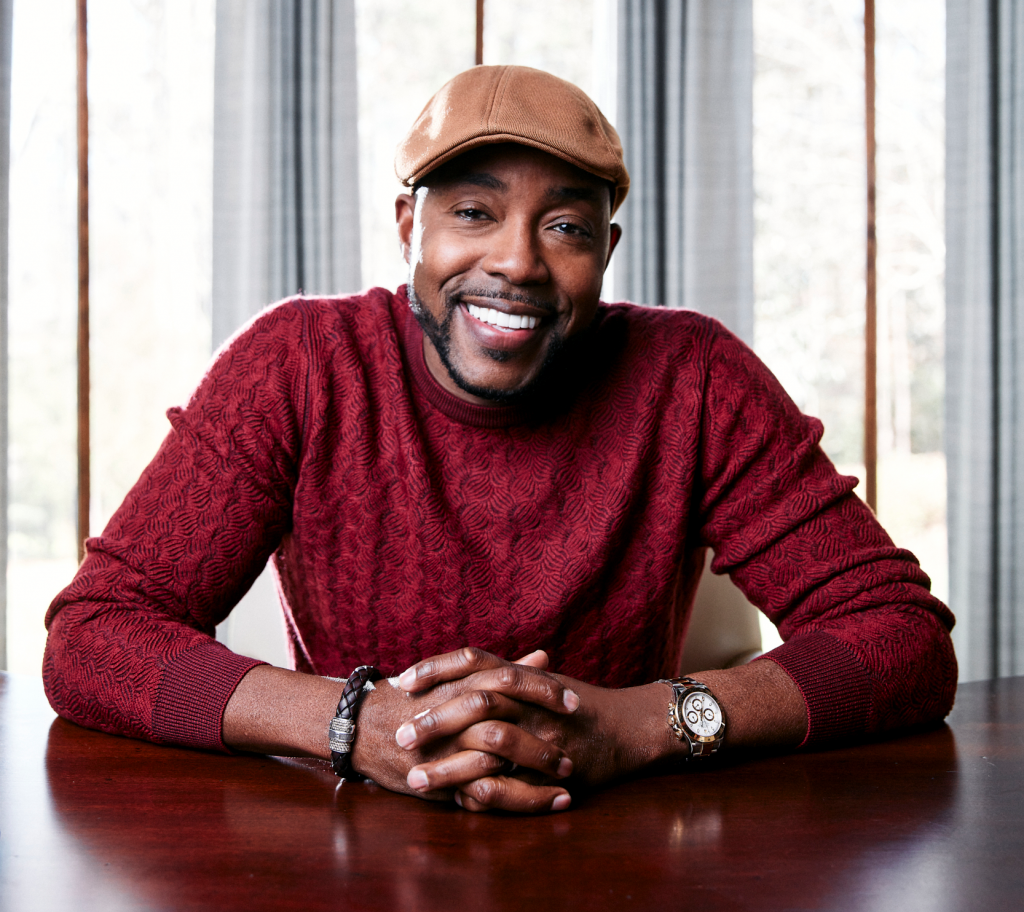 “It means so much because FAMU gave me so much,” said Packer. “To be able to give back in a big way, a public way, and support that institution that means so much to me – it’s everything, brother. It really is.” Photo by Ben Rollins

His parents also instilled in him the value of fellowship at church, and that is where you could usually find Packer when he was growing up.

“Without a doubt, my parents, Will [Sr.] and Birice Packer, made sure that I was at Bethel AME every Sunday,” recalled Packer. “Which, of course, was church all day – early service, Sunday school, and lay service.”

In addition, Packer said there were also study and youth nights. At least twice a week, you could find young Will sitting in the pews of Bethel AME, learning things that would foster his growth into a young man.

“Make no mistake, I am a child of AME Church,” said Packer. “And that has absolutely been essential to my growth and my foundation.”

Packer said that as he gets older, he loves going back to the city that raised him and has a new appreciation for the beauty in St. Pete.

“When you grow up in a place that is white sand beaches, coastal waters, and warm weather year-round, you have to get away from it to really appreciate it,” he said.

Packer comes back every chance he gets, and while now residing in Atlanta, he is still a lifelong Buccaneers fan from his days spent in the Bay area and enjoys catching a game when he is in town.

“So yeah, I get back – I love it,” said Packer. “I love to bring my kids down and take them to the beaches.”

For all the kids sitting in the pews at Bethel AME or making their way through grade school in St. Pete, to all the young adults finding their voice at FAMU, and to all the aspiring filmmakers that look up to Packer, he offers these words of wisdom:

“Never give up. Never give up and believe in yourself. Your uniqueness is your power. That is your gift — lean into it.”

You Can Bet Your ‘Boots’ Jaron Ennis Is Ready For Saturday Night’s Fight Against...

Using Medical Cannabis in Florida? Know The Rules To Avoid...