Note: This article is part of a series about the history of Norwood. Read Park 1 here and Part 2 here. Norwood citizens considered incorporating the community as an independent municipality in 1902. These efforts were intertwined with the politics of Marion County and the justice system in the region. The community had developed on […] The post What’s In A Name, Indy? Norwood — Part 3 appeared first on Indianapolis Recorder. 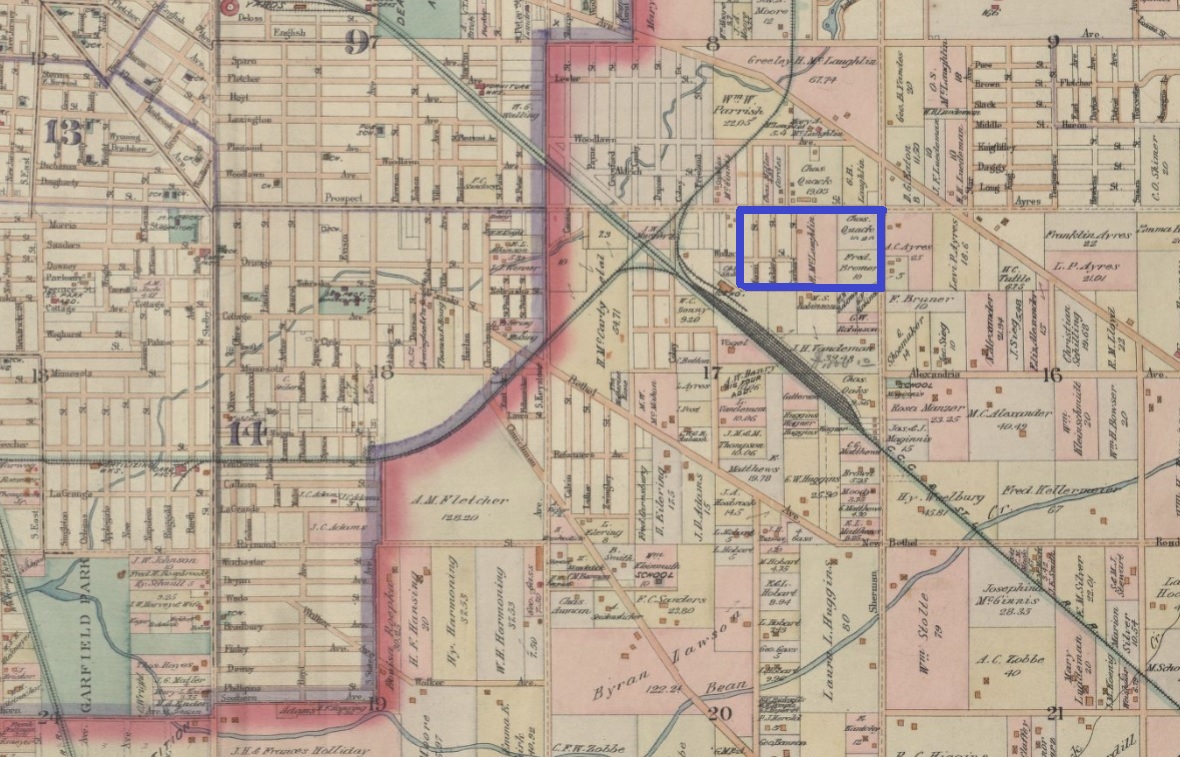 Note: This article is part of a series about the history of Norwood. Read Park 1 here and Part 2 here.

Norwood citizens considered incorporating the community as an independent municipality in 1902. These efforts were intertwined with the politics of Marion County and the justice system in the region.

The community had developed on its own — outside of the city limits of Indianapolis — for about a decade or so. Local folks flocked to the area for jobs in the railroad industry as well as other area industries that had job opportunities. In particular, Black men were able to secure employment as workers doing manual labor. With income from those jobs, these men were able to support themselves and their families. Over time, houses were constructed in the area to accommodate the workforce.

In 1902, efforts were undertaken to attempt to incorporate Norwood as a distinct municipality. According to a news article dated June 24, 1902, in The Indianapolis News, those efforts were for political purposes rather than because local folks wanted to live in a separate municipality. The exact boundaries for this new municipality are not known.

To achieve the goal of five positions, The Indianapolis News reported that “the machine [the Republican party] has been arranging for the incorporation of Norwood without consulting any of its residents.”

On June 25, 1902, the same newspaper reported that “the proposition, however, is already beginning to meet with serious opposition on the part of prominent Republicans, who say the incorporation of Norwood would foist a needless expense on the taxpayers.” The Indianapolis News noted that leaders felt that four justices of the peace in Center Township “can transact all the business of the justices’ courts of Center Township. Some attorneys say that the township could get along with three justices’ courts.”

This news article went on to explain that Democratic leaders were opposed to the incorporation of Norwood and that they were “satisfied with four candidates” for justices of the peace in Center Township.

The casual racism that was then publicly acceptable in prominent news organizations was on display in this news article.

The Indianapolis News stated that “Norwood would probably not be considered a town even if it should be incorporated. It is known commonly among the railroad men as ‘N****r Hill.’ A majority of the residents of what is now known as Norwood are Negroes. It is estimated that it contains between 100 and 200 voters … [A local census official was quoted in this news article as saying that] ‘there are probably not more than 400 people altogether in all the territory known as Norwood now.’ Norwood has two or three small stores. Most of the men work either in the brick plants or the Big Four [railroad] yards.”

Center Township did not want Norwood incorporated at that time. The Indianapolis Journal reported on July 4, 1902, that a local leader of the township spoke at a meeting of the Marion County Commissioners and told the assembly “that to incorporate the town would deprive the township of money that should be applied on outstanding notes.”

Politics continued that summer as petitions were circulated in Norwood to incorporate the community as a discrete municipality. “Some Norwood citizens are saying that Republican ringsters have told them as an inducement to sign petitions for incorporation that it is only a preliminary step to annexation to Indianapolis,” stated a news article dated July 9, 1902, in The Indianapolis News. “The people of Norwood desire annexation, but they are not enthusiastic over incorporation.”

On July 25, 1902, The Indianapolis News reported that “a petition for the incorporation of Norwood was filed with the [Marion] county commissioners this morning. … A resident of Norwood filed an affidavit to the effect that he had taken the census of Norwood and found it contained 470 persons. The commissioners fixed August 12 as the day for the election. On that day the voters of Norwood will decide whether they want Norwood incorporated or not.”

The election was held as planned.

Incorporation of Norwood was defeated.

Days later, formal discussions were held to have the city of Indianapolis annex Norwood into the city, according to a news article on Aug. 16, 1902, in The Indianapolis Journal. These discussions ended soon after.

It would be another decade before annexation of Norwood was seriously considered by leaders in the city of Indianapolis. Eventually, Norwood became an integral part of Indianapolis. Further details in the next edition of What’s In A Name, Indy?

Do you have questions about communities in Indianapolis? A street name? A landmark? Your questions may be used in a future news column. Contact Richard McDonough at whatsinanameindy@usa.com.

Legacy park looks forward to revitalization after years of disinvestment

Jealous: Racist ‘replacement’ rhetoric is deadly and Re...

YOUR MOST IMPORTANT CHOICE ON THE 2022 BALLOT? AN OFFIC...

Review: George Clinton: From Indiana Avenue to the Moth...

Wolley: What to take away from children’s museum waterm...