Wesley Child Care Center for Children and Families has its roots in the Methodist Episcopal Church and in the West Fourth Street Friendship Home, operated by the Woman’s Home Missionary Society. The post Wesley Education Center for Children and Families celebrates 100th birthday as daycare center in Avondale appeared first on The Cincinnati Herald. 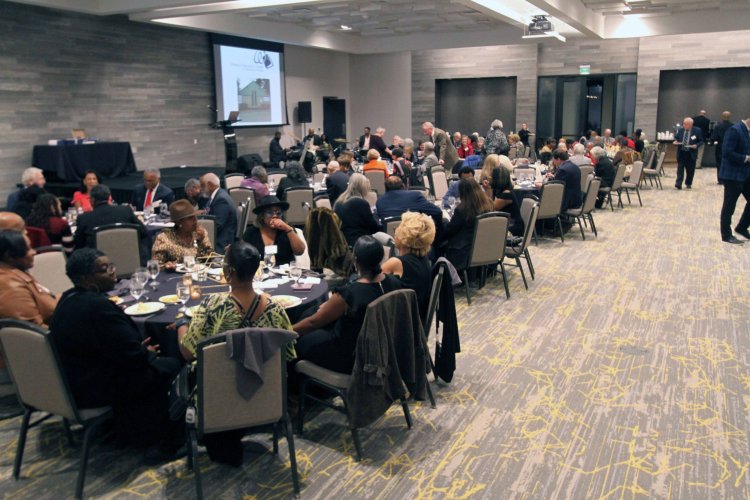 Wesley Child Care Center for Children and Families has its roots in the Methodist Episcopal Church and in the West Fourth Street Friendship Home, operated by the Woman’s Home Missionary Society. During World War I, many women went to work and continued working after their husbands returned. Friendship Home was besieged by requests for help from women who needed safe care for their children.

In the 1920s, a visiting doctor and nurse made weekly visits to weigh and follow growth and development of young babies.

In January 1920, eight months before women were given the right to vote and 14 months after the end of World War I, the West Fourth Street Friendship Home and the Woman’s Home Missionary Society of the Methodist Episcopal Church established the Friendship Home Nursery Kindergarten in Cincinnati, housed in the Friendship Home, a boarding home for young African American women.

At this time many young Black women, several without support from family or friends, migrated from the agricultural South to northern industrial cities.

Finding suitable care for preschool children in Cincinnati during working hours was a challenge. The need was further documented by a survey conducted by Miss Louise Penn, a then-recent graduate of the University of Cincinnati’s Kindergarten Training School. She found appalling conditions, including children locked in their homes until mothers returned from work, and children left in the care of unreliable people. Thus, the National Woman’s Home Missionary Society met the desperate need indicated by the survey results, opening a kindergarten in the Friendship Home building. Miss Penn was the first teacher for the 8:30 a.m. to 3:00 p.m. class.

By 1923, the program had expanded its hours, serving children from 6 months to 14 years of age with preschool and day care services. This was the first program in the Cincinnati area to provide infant/toddler care for all families.

The women soon made it a national mission concern, drawing support from churchwomen across the country.  The agency’s first director was Louise Penn, a recent graduate of a kindergarten training program at the University of Cincinnati.

Lucile Holliday, a deaconess in the Methodist Church, came to teach in 1924.  Miss Holliday, a graduate of the Iowa National Training School, went on to serve as director, advisor, and friend. In her 41 years at the Center, she oversaw many innovations, including the first latch-key program in the city. With the move to Seventh Street in 1928, the Center’s name changed to Mother’s Memorial Center, in part to encourage older children to attend and participate in the clubs and activities.

The need to move once again emerged in 1958, as the Seventh Street site was scheduled for demolition. The present property on Hale Avenue in Avondale was approved by the National Board of the Women’s Division of Christian Service. Ground was broken for construction in June, 1959 on the grounds of the former Pogue family estate.

On June 5, 1960, a one-story brick building was dedicated. With a capacity of 80 children, the building included preschool classrooms, a chapel, assembly room, offices and a kitchen and dining area. Its construction was partly financed by offerings of the Annual Week of Prayer of Methodist Women nationwide.

Miss Lucile Holiday retired in 1965, and was succeeded by Mrs. Louise C. Bowen, who implemented many further innovations in her seven year tenure. Several building expansions were accomplished in the 1980s, including an infant/toddler wing dedicated in March 1984, significant improvements to the play area, and construction of a toddler lot. As the center grew, infant care was added, hours were expanded, and children from 6 months to 14 years were accepted.

Over 100 years later, this early daycare center is known as Wesley Education Center for Children and Families. It continues to be a United Methodist Women-supported national mission institution providing quality early childhood education, optimal growth and nutrition, and support services for families of infants through pre-K children in the greater Cincinnati community.  Wesley Education Center is a non-profit  agency and participates in Ohio’s Step Up to Quality accreditation program. Since 1960, the Center has been located in Avondale on a quarter-acre grassy lot on Hale Avenue. Today the backyard features a modern playground, making it a unique childcare center in an urban setting.

In celebration of Wesley’s 100th anniversary, a rarity for childcare centers, a festive dinner and silent auction was held at the Summit Hotel on October 20. Cincinnati Vice Mayor Jan-Michele Lemon Kearney, who is also a former student at Wesley, was the keynote speaker.

Kearney credited the center for giving her a jumpstart on her education, preparing her well for elementary school, and on to Walnut Hills High School, Dartmouth College and Harvard Law School.

However, her first day at Wesley Child Care Center got off to a bad start, Kearney said. “My father (Dr. Luther Lemon) had to take me inside the school kicking and screaming, for I did not want to leave home. But when I woke up from the class naptime, my father was kneeling over me with a stuffed toy, a Dalmatian dog. I loved going to the center after that.”

The center is under the leadership of Carla Butler, an Avondale community activist and educator who herself was once a child at Wesley Education Center. Butler has been instrumental in leading a major renovation project to bring much needed safety and energy upgrades to the building at the center.

The post Wesley Education Center for Children and Families celebrates 100th birthday as daycare center in Avondale appeared first on The Cincinnati Herald.

Catch PEARL, RUNNING THE BASES, SEE HOW THEY RUN, and THE...