By Joseph Golder This footage shows Ukrainian troops destroying a Russian anti-aircraft system in the Kharkiv region. The footage shows a Russian 2K22 Tunguska anti-aircraft system hiding among some trees in an urban area before it is suddenly hit. A large explosion ensues, with smoke rising into the air. The footage was obtained from the National Guard of Ukraine on […] The post Ukrainian Troops Destroy Russian Anti-Aircraft System In Kharkiv Region first appeared on The Florida Star | The Georgia Star. 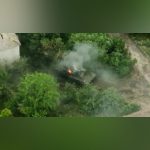 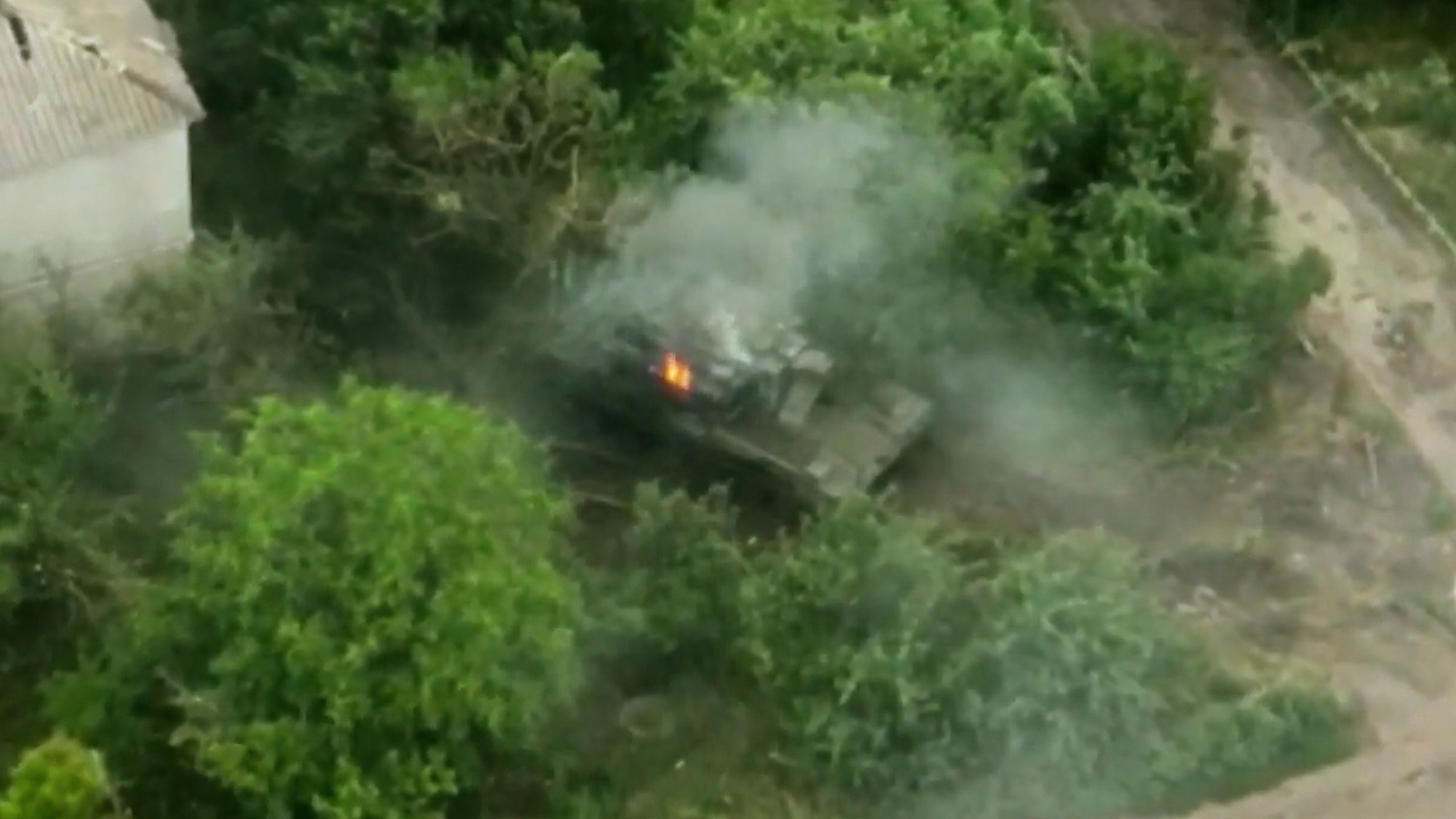 The footage shows a Russian 2K22 Tunguska anti-aircraft system hiding among some trees in an urban area before it is suddenly hit. A large explosion ensues, with smoke rising into the air.

The footage was obtained from the National Guard of Ukraine on Monday, August 1, along with a statement saying: “The defenders of the Kharkiv region ‘demilitarized’ a Russian ‘Tunguska’.

“Air reconnaissance of the National Guard of Ukraine together with artillerymen of the Armed Forces of Ukraine discovered and destroyed a Russian ‘Tunguska’ anti-aircraft missile and gun complex.

“National Guardsmen also adjusted the fire of the artillery of the Armed Forces of Ukraine and recorded the results of the combat work.

“As a result of the coordinated work of the defenders of the Kharkiv region, the Russian invaders suffered losses.

“Let us remind you that the ‘Tunguska’ is a Soviet and Russian anti-aircraft missile and gun complex developed by the Tula Design Bureau, designed for the anti-aircraft defense of mechanized and tank units on the march and at all stages of battle.

“Every day, Ukrainian defenders successfully turn the military equipment of the Russian invaders into scrap metal.

“Victory will be ours!”

Zenger News contacted the National Guard of Ukraine for further comment, as well as the Russian Ministry of Defense, but had not received a reply at the time of writing.

Russia invaded Ukraine on February 24 in what the Kremlin is calling a “special military operation”. Monday marks the 159th day of the invasion.

Russia has claimed that its casualties have been much lower, but provides infrequent updates on its latest figures.

Vadym Skibitsky, Ukraine’s deputy head of military intelligence, has said that Russia is moving large numbers of soldiers to the south of the country in a bid to take up defensive positions ahead of an expected Ukrainian counteroffensive to retake territory occupied by Russian forces since the beginning of the invasion.

Skibitsky said: “They are increasing their troop numbers, preparing for our counteroffensive [in southern Ukraine] and perhaps preparing to launch an offensive of their own.”

Ukraine’s Ministry for Reintegration of the Temporary Occupied Territories has urged hundreds of thousands of civilians to evacuate frontline areas of the eastern Ukrainian region of Donetsk.

The ministry said: “They need to be evacuated, you cannot put them in mortal danger in the winter without heating, light, without the ability to keep them warm.”

The southern Ukrainian port city of Mykolaiv was hit by Russian strikes early on Sunday morning in what Ukraine’s President Volodymyr Zelensky has described as “probably the most brutal” attack on the city since the beginning of the war.

Mykolaiv Mayor Oleksandr Senkevych also said that the missile strikes were probably the heaviest Russian bombardments of the city so far.

One of the richest men in Ukraine, Oleksiy Vadatursky, 74, along with his wife Raisa, were killed when a missile hit their home in Mykolaiv. Vadatursky, who had received the “Hero of Ukraine” award, owned Nibulon, a company that is involved in exporting grain and was reportedly worth $450 million in 2020, according to Forbes.

The first ship carrying grain has left the Ukrainian port of Odesa as part of a landmark deal between Ukraine and Russia and overseen by Turkey and the United Nations.

The Joint Coordination Center (JCC) in Istanbul, which was established as part of the deal, said the ship was carrying approximately 26,000 tons of corn and is expected to arrive in Turkish waters on Tuesday for inspection.