His mother went out-of-town for a few days and thought she had nothing to worry about... 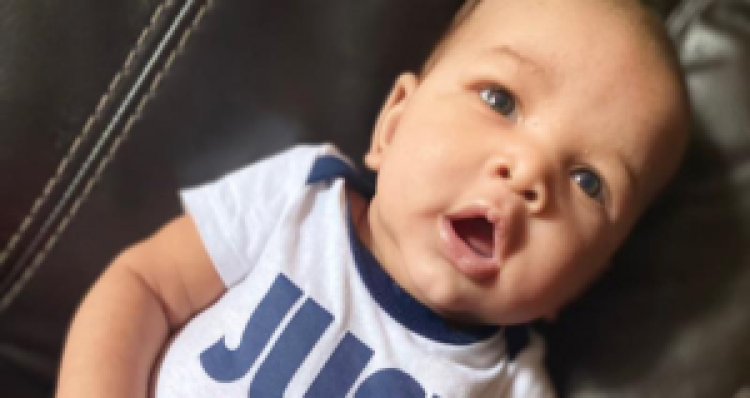 Two people were taken into custody Friday after an infant they were babysitting died in their Redmond, Wash., apartment earlier this year.

Three-month-old Jazon Gregory was found dead by police on Feb. 17. His mother, Kamaria Weston, left her son with a close friend and her significant other while she went out of state to visit her boyfriend for Valentine’s Day.

Weston, 18, said she thought she had nothing to worry about.

The friend was older than her and a mother herself. Weston also said she was her doula; a healthcare provider who supports mothers during birth, labor, and the postpartum period.

“She was there when Jazon was born, she cut his umbilical cord,” Weston explained.

The single mom said she became worried while away when her friend stopped responding to her multiple calls one morning. Later that day, she heard news that a baby was found dead at her friend’s apartment complex.

At first, she thought: “There’s no way it’s my baby” but grew alarmed after calling both babysitters over 100 times with no answer.

Detectives later notified her that her son had died.

“The subsequent investigation into Jazon’s death by detectives revealed facts supporting gross negligence by the two adults responsible for the child’s care,” the Redmond Police Department said in a press release.

Jazon’s death has been ruled a homicide. It’s unclear how exactly he died.

The suspects have been identified as 20-year-old Nina Perez and 24-year-old Michael Bernard. Both are facing charges of second-degree-murder and are being held on bail at the King County Correctional Facility.

“I want to hurt her myself, but I can’t. I just want them to be locked up,” Weston said, according to Q13 Fox.

The mother was able to say goodbye to her son before he was cremated.

“I couldn’t really walk into the room at all,” she said. “I had to be held just to be in there…I’m just happy I did get to see him and say goodbye.”

Deep dive into the towing turnover

Black Detroit Veteran On Mission To Ukraine To Fight Against...

EXPLAINER: When is Manhattanhenge? Where can you see it?

Application Window Opens for Round Four of the Grow-NY...