By Barnett Wright The Birmingham Times  Jefferson County Manager and CEO, Tony Petelos, on Tuesday announced his retirement. Petelos was appointed as the first person to hold the position on Oct. 1, 2011. He made the announcement at the end of the Commission’s Committee of the Whole meeting inside the downtown Courthouse.   “The county is […] 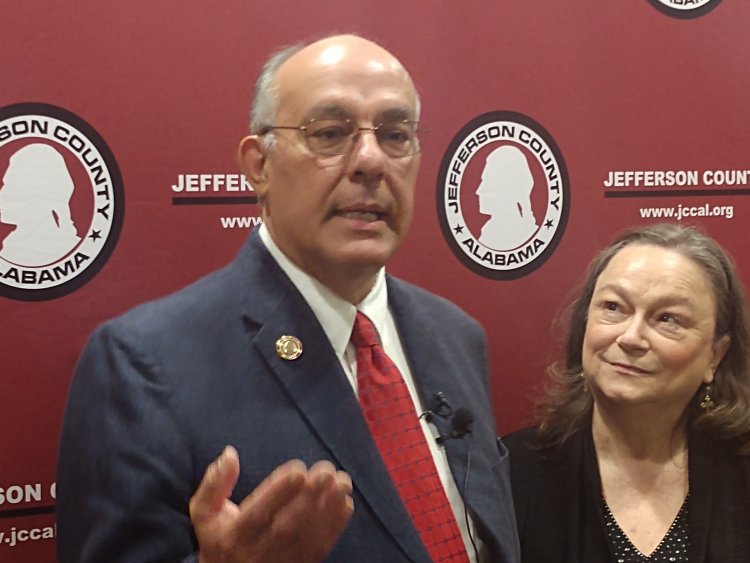 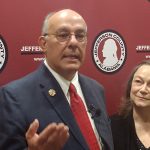 By Barnett Wright
The Birmingham Times

Petelos was appointed as the first person to hold the position on Oct. 1, 2011. He made the announcement at the end of the Commission’s Committee of the Whole meeting inside the downtown Courthouse.

“The county is in better, better shape today than it’s been in many, many years,” said Petelos, 67, after his announcement, with his wife Teresa by his side.

A national search will be conducted to fill the position. Petelos has spent more than 34 years in public service including the state legislature, the Alabama Department of Human Resources, and two terms as Mayor of Hoover.

Petelos is a cancer survivor who also had a bout this year with COVID-19.

“Seven years ago, I was diagnosed with cancer and I had a lot of complications from that,” he said. “It was ‘touch and go’ there for a while. And with the COVID I realized life is short and we need to enjoy it while we’re still healthy and I’m ready to move on.”

His time with the county was eventful from the start. Two months after Petelos was appointed County Manager, the county declared bankruptcy. Subsequently, there were deadly tornados; employee layoffs and the downsizing of Cooper Green Mercy Hospital.

The county slowly regained its footing and stabilized to the point where it came from under one of the longest running hiring consent decree cases in the country in December, 2020.

“Helping shape and mold the role of the county manager in Jefferson County, has been one of the most satisfying jobs of my entire career,” said Petelos. “While I enjoyed serving in the legislature, DHR, and as mayor of Hoover Jefferson County had some serious challenges. I can retire, knowing that I had a hand in turning the County around, and it is on the most solid financial footing.

County Commission President Jimmie Stephens said Petelos has been the “face of the rebirth of Jefferson County” over the past decade.

“[His retirement] is a loss we cannot replace,” Stephens said. “We’ll do the best we can and build upon the foundation Mr. Petelos has laid for us.”

Petelos was elected to the Alabama House of Representatives in 1986 and was twice re-elected, serving until 1997 when he was appointed to Commissioner of the Alabama Department of Human Resources by Governor Fob James and re-appointed to that position by Governor Don Siegelman.

DHR was under a federal consent decree when he assumed leadership and develop a plan that ultimately led to the end of federal oversight. In 2004, Petelos was elected Mayor of the City of Hoover and reelected in 2008 having no opposition.

He and his wife Teresa, a former Circuit Court Judge in Jefferson County, have been married for 37 years.