The Power of the Truth

The truth has power.  That is why an army of politicians, lawyers, political schemers, media personalities, and admirers of former President Donald Trump have tried so hard to keep Americans from learning the truth about his effort to overturn the 2022 election. The post The Power of the Truth appeared first on The Seattle Medium. 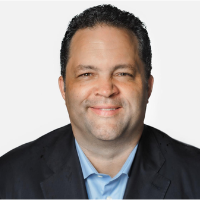 (TriceEdneyWire.com) – The truth has power.  That is why an army of politicians, lawyers, political schemers, media personalities, and admirers of former President Donald Trump have tried so hard to keep Americans from learning the truth about his effort to overturn the 2022 election.

Fortunately, he failed to overturn the election. And he and the corrupt members of his inner circle have failed to keep the truth hidden.

The House select committee investigating the Jan. 6 attack on our country—and the criminal conspiracy that led up to it—is an important exercise in truth telling. The committee finished its first round of televised hearings in July and expects to pick up again in September.

We have learned a lot thanks to the work of committee members and staff, principled members of Trump’s own administration, and journalists whose work has shed light on things Trump and his cronies desperately tried to keep hidden.

He called these enraged supporters to Washington, D.C., to interfere with a key step in the peaceful transfer of power. He sent them to the Capitol knowing that many were armed. And for hours, while members of the Capitol Police were being brutalized, and members of Congress and Vice President Pence’s security detail were calling loved ones, not sure they would live through the attack, Trump did nothing.

Well, to be more accurate, he did nothing to stop the rampage. He did plenty of harmful things.

He did watch the violence on television. He did pour gasoline on the fire by denouncing Pence while the attack was under way. He did take calls from fearful members of Congress only to dismiss their pleas for help. He did reject direct appeals from his own daughter to call off the attack. He did tell his chief of staff that he didn’t think the mob chanting “hang Mike Pence” was doing anything wrong. He thought Pence deserved it for choosing the Constitution over Trump’s desire to keep his grip on power.

Only when it was becoming clear that the attack would fail to stop Congress from affirming Joe Biden’s victory did Trump grudgingly tell his troops to withdraw.

But even that was a tactical retreat. His attack on our democracy hasn’t stopped. Or even slowed down.

Trump continues to lie about the election being stolen from him. His enablers in right-wing media and far-right social media networks spread the lie even further. MAGA activists harass election officials. State legislators use that lie to justify laws that make it harder for people Trump sees as his enemies to vote.

Even worse, they are trying to get more Trump loyalists and Big Lie believers into positions where they will have the power to succeed at what Trump and his team tried to do this time around: overturn the election results in key states. Trumpists and election deniers are running for office as local election officials, state legislators, and secretaries of state, where they will have power to interfere with how elections are run and votes are counted.

And potentially even worse than that, they are also enlisting the far-right Supreme Court majority that Trump cemented with three justices who were preapproved by the far right-wing legal movement. They have agreed to consider a fringe legal theory pushed by the hard right.

If the court’s new activist far-right majority embraces this legal theory, it would let state legislators violate state constitutions and ignore and override the will of the voters. And it would be impossible for courts to step in as a check on anti-democratic abuses of power. This is a battle plan for authoritarian rule.

It may be hard for many people to believe just how extreme Trump’s movement and his political supporters have become, and just how much of a threat to democracy they pose as we approach this year’s congressional elections. The January 6 committee has done democracy a big favor by dragging important truths into the light of day. We can’t turn away from them. To preserve our country and our freedoms, we must recognize that they are threatened. And we must act to protect them.

Ben Jealous serves as president of People For the American Way and Professor of the Practice at the University of Pennsylvania. A New York Times best-selling author, his next book “Never Forget Our People Were Always Free” will be published by Harper Collins in December 2022.

The post The Power of the Truth appeared first on The Seattle Medium.

Arthur Ashe: ‘If You’re Very Confident, You Can Do Anything’