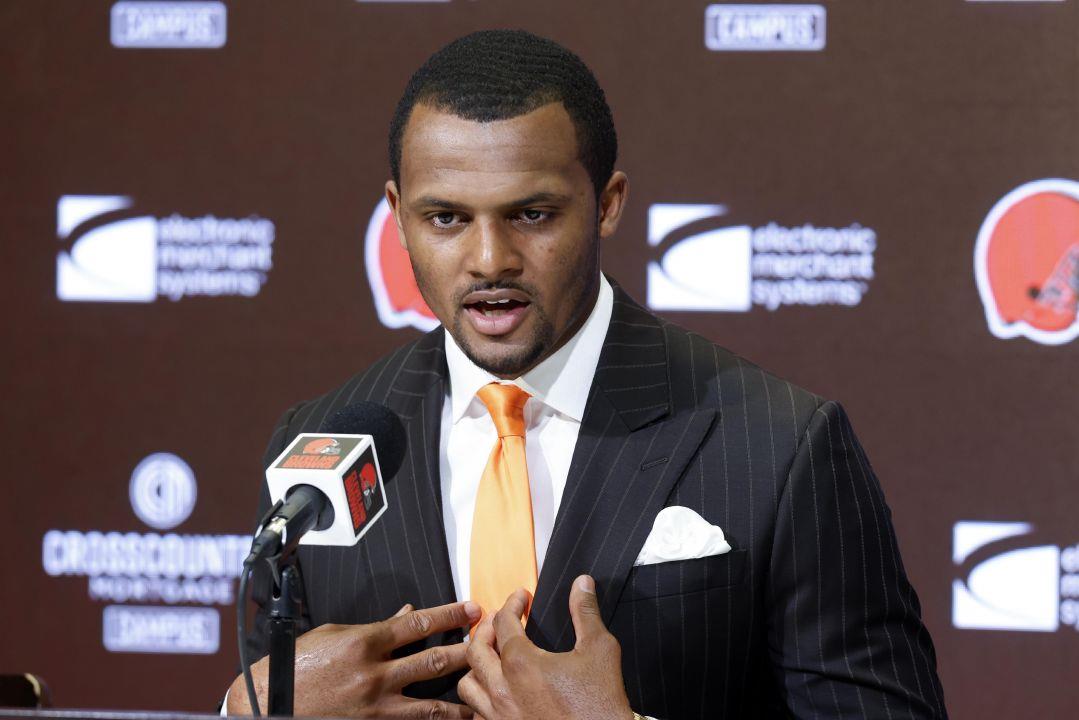 According to an ESPN report, former Texans quarterback Deshaun Watson is treating his new Cleveland Browns offensive teammates to a trip to the Bahamas this upcoming weekend. The trip is intended for a team-building experience and football chemistry. Watson has also secured a football field for them to continue offseason workouts while there.

Astros centerfield prospect Lewis Brinson recently went 2-for-3 at the plate with a home run, RBI and BB in a 12-2 Sugar Land Space Cowboys win.

The Prairie View Lady Panthers softball team is headed to Norman, Okla. to take on Oklahoma in the opening round of NCAA Tournament regional play on Friday. The Lady Panthers advanced to regionals after defeating Alabama State, 9-1, in a winner-take-all SWAC Championship finale. Biviana Figueroa was named SWAC Tournament MVP and teammates Jerrica Rojas and Cailin Massey joined her on the All-SWAC Tournament team.

The PVAMU and Texas Southern baseball teams enter this weekend’s three-game regular-season finale series with huge SWAC West implications. The Panthers (18-9 SWAC) lead in the division with Southern by one game, but they have lost four straight. The Tigers (17-10) are one of two teams trailing by one game. The three-game series between PVAMU and TSU starts Thursday at 5 p.m. at MacGregor Park and continues on Friday and Saturday at 2 p.m.

Black doctors say they face discrimination based on race