BY FRANK DROUZAS, Staff Writer If I had to describe a girl like Rachel, I’d say she was the studded leather jacket in my wardrobe –something I’d take out now and then when I felt daring, then hang it back up and get on with my life of blazers and Oxford shirts. However, an article […] 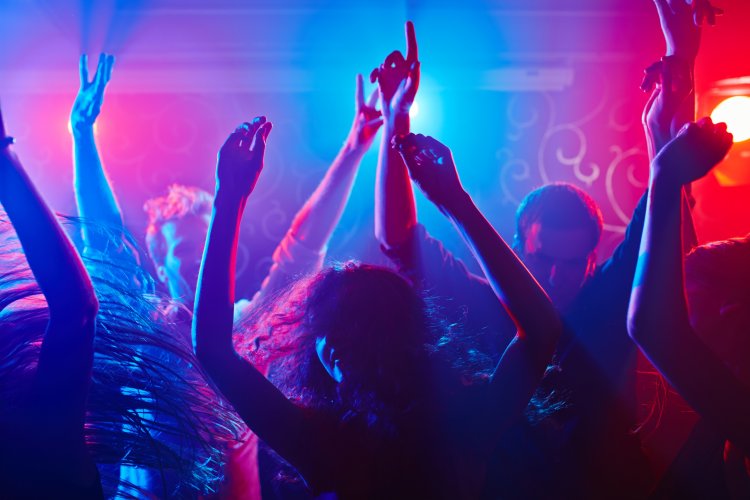 If I had to describe a girl like Rachel, I’d say she was the studded leather jacket in my wardrobe –something I’d take out now and then when I felt daring, then hang it back up and get on with my life of blazers and Oxford shirts. However, an article of clothing is rarely capable of landing anyone in jail, but I’m skipping ahead.

Our relationship straddled the line between friends, and who knows? I did know that in the handful of times we went out, it was anyone’s guess what the evening’s agenda would include.

One night shortly after I’d picked her up, she made me stop the car then jumped out to rearrange random street cones, over my impotent protests, just for kicks. Another night after exactly two Irish whiskeys, she insisted on displaying her jig dancing skills and did so on the hood of my car.

Yet another night, she spotted an abandoned swivel office chair by a dumpster, and we spent the next hour taking turns pushing each other all over the parking lot at dangerous yet exhilarating speeds. See, it was this joie de vivre that attracted me, so whenever I felt like some excitement, I’d called her.

One such night, after my pal Justin invited me to see his rockabilly band at the State Theatre, I asked Rachel along. Since I lived down the street from the venue, I made my way over and waited for her outside. The next thing I knew, a female dynamo in jeans jumped onto my back by way of greeting and wrapped her arms and legs around me like a koala bear. Still clinging to me, Rachel planted a loud, smacking kiss on my cheek. Not a bad way to kick things off, I thought.

I promptly bought us drinks and ran a tab at the foyer bar, and by the time Justin’s band went on, Rachel and I had made our way to the front of the stage. Halfway through the set, after dancing almost every number with me, she told me she’d be right back and gave me another peck on the ear.

Yet after the band closed the set with a rousing Eddie Cochran number and I applauded like a madman, I looked around and noticed Rachel was still nowhere to be seen. Missing her and looking to parlay our good time vibe into perhaps some more fun, I worked my way back to the bar where I saw her.

It looked like she was holding court with at least 10 new friends, including some members of the all-girl opening band. It didn’t take me long to figure out this was because she’d been buying them all drinks. It took me even less time to deduce that she’d charged it all to my credit card. As I hastily closed the tab before she could satisfy the thirst of any more freeloaders, Justin clapped a hand on my shoulder and asked how I liked the show. We chatted for no more than two minutes.

Now, it takes two stinking minutes to do what? Make a cup of cocoa? Put an outfit together? But apparently, that’s all the time Rachel required to meet the band’s drummer, giggle at some things he said and breathlessly lock lips with him — all within three feet of me.

Now, it wasn’t exactly jealousy that jabbed me in the gut, but it wasn’t a punch pulled by apathy. Either way, I felt any “good time vibe” that had existed was quickly draining from the atmosphere and flowing straight into the gutter.

Taking it all as a cue to call it a night, I told Rachel I was cutting out. She said she’d “call me soon” then turned back to her newfound friend, who just nodded at me the way you would to an old man after beating him at checkers. I just pivoted and speed-walked to the door, waving over my shoulder.

Slouching in front of the TV an hour later with some cocoa, I heard someone violently buzzing my apartment. Rachel’s desperate voice strained through the intercom: “Frank, you have to let us up now! I mean, right now!”

When I opened the door, she made a beeline to the window — followed by a parade of pompadours, piercings and tattoos that I recognized from her retinue at the bar. (I didn’t see drummer boy). She told me that she and her friends just needed a place to hide out until the cops lost them.

Rachel quickly explained that she and her posse had run into a bit of trouble at another bar on Central Avenue after I left. See, there might’ve been these girls who said something to Rachel’s new friends, some pushing and shoving might’ve followed, some things broken, place roughed up, etc. Oh, and the owner might’ve called the police, who now wanted to question Rachel and her band of merry punks.

So naturally, she led them down the street to my place — where some of them got comfortable by flipping through my records, picking up my books, or plunking their Doc Martens on my coffee table. Peering out my window, we saw them: four officers gathered at the corner of Central and Third Street. At the same instant, these cops looked up and spotted us clustered at the window. They immediately marched toward my building, chests foremost.

“Rachel,” I said with measured panic, “exactly why I am aiding and abetting these people?”

“But it wasn’t our fault!” she offered for rebuttal.

Well, there you go. No court in the land would make a dent in that defense.

With as much authority as I could muster, I announced that they’d all have to skedaddle, and it was met with monastic silence. It’s as though I’d demanded of a roomful of kindergarteners to recite the Pythagorean Theory. They silently turned to Rachel, their leader. She volunteered to have a look around and slipped out. An awkward situation, being left alone with fugitives. Should I offer them some trail mix or something?

Rachel burst back in and breathlessly asked me if there was a back exit. In my mind, I could hear the officers’ footsteps getting closer. I instructed them to take the stairwell at the end of the hall, which led to the building’s rear entrance. Obediently, the junior hooligans dropped my things and filed out. I snatched a record out of one kid’s hand. To my surprise, Rachel stayed behind.

She again peeked out the window, all the while expanding her side of it, while I quietly weighed the pros and cons of strangling her where she stood. Then we heard it — the sturdy, unmistakable knock of Johnny Law. I considered pretending not to be home, but it hit me: why fight it? The bar tab, the drummer, now the police.

See, I had willingly unleashed Rachel upon myself. It was like rooting for a hurricane to provide killer waves for your surfing party, then coming home and finding your roof ripped off and your windows smashed to oblivion. I simply should’ve known better.

Defeated, I reached for the doorknob.

But hurricanes can take unpredictable turns. Before I could touch the door, Rachel shoved me all the way to the bedroom, tore the sheet off my bed, and wrapped it around her body, tucking it under her bare arms. Then she mussed her hair and ordered me to stay out of sight.

Speechless, I did as I was told as she went to unlock the door to our fate. I heard a man’s gruff voice saying he’s sorry to disturb her, but he’s looking for a group of kids in the building and wants to know if she’s seen them.

At that moment, our immediate future clanked around like a roulette ball, and as I waited for it to drop into a divot, I could hear the blood pulsing in my head.

I heard Rachel answer that she had been in bed. So no, she hadn’t seen anyone. Then came the crucial pause. He’d either believe her, or he wouldn’t.

Finally, I heard the voice say something but could only make out, “Have a good night, Miss,” and listened to the door shut. Back in the living room, I saw Rachel with her back pressed to the door, grinning like a pixie.

I no longer wanted to strangle her — I simply felt too limp. And having had enough of her brass-knuckled joie de vivre, I suggested we say goodnight. I walked her to the elevator, and as the electric doors closed like the curtains in the final act of a farce, I watched Rachel disappear behind them, her lips still curled in a delinquent grin.

I only ran into Rachel a couple of times, without incident, after that night before eventually losing touch. A few days after I last saw her, I boxed up some odds and ends to donate, my leather jacket among them. It’s strange, but even though I realized I’d probably never wear it anymore, I miss having it around.

VIDEO EXCLUSIVE: Actor Michael K. Williams On Trauma And The Arts, In His Final...

Using Medical Cannabis in Florida? Know The Rules To Avoid...