Steve Harvey a love letter to his wife Marjorie to honor their 15th wedding anniversary. 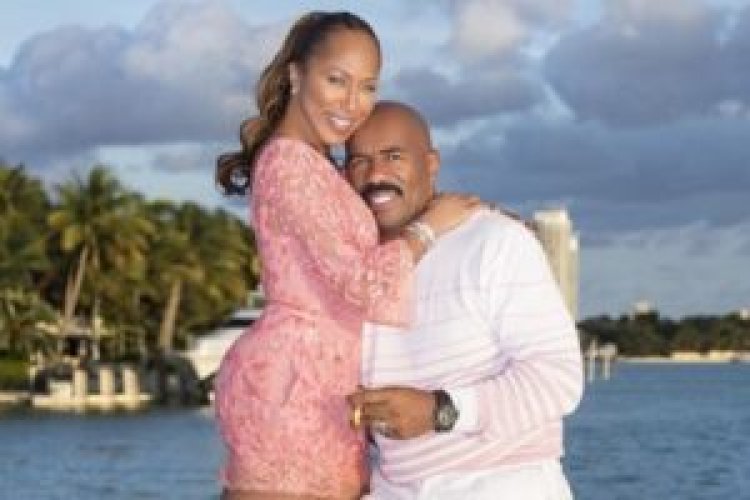 The embers of the love still burn for Steve Harvey and his wife, Marjorie. Recently, the comedian professed his undying devotion to her in a letter published by Good Housekeeping for its July/August 2022.

Harvey first met his wife in 1987 during a comedy set in Memphis when she walked in and sat in the front row. One look at her, and the Family Feud host declared that she would be his wife one day.

“The very first thing I said to Marjorie was, ‘I don’t know who you are, but I’m going to marry you one day.’ That was the beginning,” Harvey recalls.

Marjorie remembers the moment and thought that Harvey would humorously chide her for appearing late to his set, she said on his now-canceled talk show.

“I was late and I thought he was gonna give me the business because he got real quiet. He was just staring at me…I thought I was gonna become part of the show,” she explains.

However, after their initial encounter, the two lost touch until 2005, when mutual friends reconnected them. The pair wed on June 25, 2007, and have enjoyed 14 years of happy matrimony. To celebrate their upcoming 15th wedding anniversary this summer, Harvey shared a letter he wrote to Marjorie, Good Housekeeping reports.

“When my bodyguard Boomerang handed me his phone that day in 2005, I had no idea who was on the other side of it. But I recognized your voice right away, and it was the best day of my life. The next day, I met you in Memphis for lunch, and when I saw you, I knew I wasn’t going to blow it a second time. The first time around didn’t pan out the way we would have wanted it to. I became homeless, I ran out of money and I got into some trouble. Things went south for me, and I had no way of reaching out to you — this was before cellphones — so I just disappeared,” the Kings of Comedy wrote.

Harvey expressed how thankful they restored their connection and appreciated that she remained by his side during his rising showbiz.

“You gave me something I never had before in my life as an adult. You gave me peace. Receiving that gift from you freed me up to think and really do my job. But you didn’t stop there. You had a lot of foresight about my future that I didn’t have. You told me that I was going to be all over TV in mainstream America. This was before Family Feud, my talk show, my first book and Miss Universe. You told me that all of this was going to happen to me, so I had to get ready for that. I wish the world knew how smart you are. You’ve never given me bad advice. Everything you’ve told me about my career has been spot-on. All the advice you’ve told me to do and not to do — if I do it, it works out; if I don’t do it, I wish I had.”

The Hollywood couple has undoubtedly glowed up together and Marjorie continues to support her husband’s ongoing television hosting success.

The late Buck O’Neil finally recognized as a Hall of Fame...