Spiritual Outlook: Salman Rushdie: What would Muhammed do?

“Whatever ye are given (here) is (but) a convenience of this life: but that which is with Allah is better and more lasting: (it is) for those who believe and put their trust in their Lord. Those who avoid the greater crimes and shameful deeds, and, when they are angry even then forgive.” -Qur’an 42:36-37 […] The post Spiritual Outlook: Salman Rushdie: What would Muhammed do? appeared first on Indianapolis Recorder. 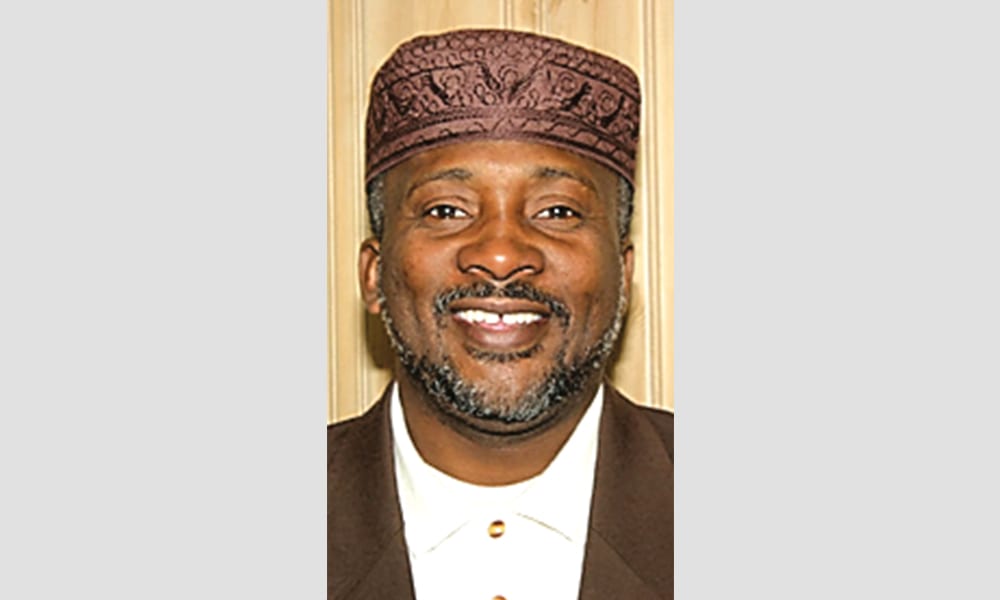 “Whatever ye are given (here) is (but) a convenience of this life: but that which is with Allah is better and more lasting: (it is) for those who believe and put their trust in their Lord. Those who avoid the greater crimes and shameful deeds, and, when they are angry even then forgive.” -Qur’an 42:36-37

As the news spread that 24-year-old Hadi Matar attacked Salman Rushdie, the author of the 1988 novel “The Satanic Verses,” many in the Islamic community held their breath wondering if the attacker was a Muslim. Last week Rushdie was delivering a lecture at the Chautauqua Institution in Chautauqua, New York, when the unjustified attack occurred.

When “The Satanic Verses” was published, many Muslims and other people of various faiths were very displeased with Rushdie’s book because it slandered Prophet Muhammed (peace be upon him) and his wife, Aisha. Rushdie also spoke disparagingly about Prophet Abraham and other sacred religious concepts while suggesting that certain verses revealed to Muhammed had actually come from Satan.

Yes, Salman Rushdie’s book was repulsive and criticized accordingly. However, Muslims who follow the noble life modeled by Prophet Muhammed must be just as repulsed by Matar’s attack upon Rushdie. Muslims must respond to slander and mischaracterizations according to how Prophet Muhammed responded when he was physically and verbally attacked. We have to ask ourselves, “What would Muhammed do?”

How did Prophet Muhammed handle difficult people he encountered during his life? Did he retaliate with violence against those who personally attacked him? No, he did not. Yet today, sadly, we see Muslims retaliating with violence over a mere cartoon that is a figment of someone’s simple-minded imagination. There is no Qur’anic support for Rushdie being attacked physically and violently. No Muslim can produce one single verse from the Qur’an, nor show one example of Prophet Muhammed attacking anyone for slandering his character. In fact, the Qur’an and Muhammed’s examples show the opposite.

Let’s look at how the prophet reacted to the cruel treatment he received from his mean-spirited aunt named Arwa bint Harb. Nightly she placed harmful items like thorny bushes along the pathway she knew he traveled to get home. Repeatedly, until she was tired of her tactics, she found pleasure in seeing him harm himself as he became entangled in her snares. To her amazement, after a few successive nights of her not seeking to harm Muhammed, thinking she was sick he stopped by her house to check on her well-being. That is one example, of many, that shows how the prophet responded to those who sought him harm.

Another larger example of Muhammed’s kindness to those who violently attacked him occurred during his visit to the city of Ta’eef, a short 40-mile journey east of Mecca. The inhabitants of Ta’eef rejected both the prophet and his message of Islam to the point of encouraging their youth to severely pelt Muhammad and his companions with stones until they bled profusely, filling his sandals with his blood. The report says that an angel appeared prepared to destroy the city, upon which Muhammed, being merciful and kind, refused the angel’s assistance. Instead, Muhammed expressed hope for the inhabitants of Ta’eef, that one day their children would later understand and accept Islam and that they would be forgiven. This reaction of the prophet is in accord with the Qur’an that says, “When they are angry, even then forgive.”

There are numerous accounts of Prophet Muhammed showing mercy to those who wronged him; therefore, even with Salman Rushdie’s novel calling Prophet Abraham a “bastard” for abandoning Hagar and Ishmael in the desert, still his novel does not give grounds for people of any faith to violently or physically attack him.

Muslims, we must stop defending Muslims who commit atrocities in the name of Islam, hiding under the flimsy position that they are defending the religion or the honor of the prophet by violent means. Muslims, we must do as Prophet Muhammed did and as the Qur’an teaches us to do.

The question that begs to be answered is, “Did not Prophet Muhammed go to war?” The answer is, “Yes.” However, the bigger question is, “Why and when did he go to war?” After 13 years of refusing to fight, Muhammed, upon establishing Islam in Medina, was forced to protect his fledging community. He fought following the clear dictates of the Qur’an that reads, “Permission to fight is granted to those against whom war is made, because they have been wronged, and G_d indeed has the power to help them. They are those who have been driven out of their homes unjustly only because they affirmed: ‘Our Lord is G_d.’” -Quran 22:39-40.

Muhammed did not retaliate with anger. He fought in the same spirit as the American English fought against the crown of England. “Fight in the cause of G_d with those who fight you, but do not transgress limits; for G_d loveth not transgressors,” also, “And fight them on until there is no more tumult or oppression, and there prevail justice and faith in G_d; but if they cease, let there be no hostility except to those who practice oppression.” -2: verses 190 and 193.

No matter how repulsive Salman Rushdie’s writing may be to our sense of respect and decorum, there is no Islamic support from the Qur’an and the life modeled by Prophet Muhammed for the violence committed against Salman Rushdie by Matar.

For too long men and women have committed wrongs against others while seeking to hide behind or use religion to excuse their wrongdoings. Muslims, Christians, Jews and others, we have to stop the practice of abusing and mismanaging our scriptures seeking justifications for our misdeeds. Prayerfully, this sad attack upon Rushdie will be a learning opportunity for us all. It is not what Muhammed would do in such a situation.

Michael “Mikal” Saahir is the resident Imam of Nur-Allah Islamic Center. He can be reached at nur-allah@att.net or at 317-753-3754.

The post Spiritual Outlook: Salman Rushdie: What would Muhammed do? appeared first on Indianapolis Recorder.

Filmmaker to be awarded at Black documentary film festival

This Weekend in the Arts: Oct. 6-8 First Friday Edition

Ray Crowe, legendary Attucks coach, to be inducted into...

Spiritual Outlook: 2 questions everyone must answer