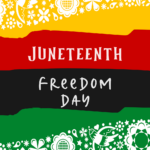 From his roots planted in a working class, union family and throughout his career, Barnes has been a champion for working people and a leader in the fight for racial and economic justice as a community organizer, state legislator and lieutenant governor. His commitment to working people runs deep as evidenced by his public support of UW Health nurses in Madison fighting for their union and activists in the Fight for $15 and a Union. He’s no stranger to workers in the streets fighting for economic and racial justice and Unions for All.

“As we emerge from the pandemic when many of us were recognized as essential workers for the first time, Mandela Barnes has our backs,” said Brenda Frary, a hospital worker and president of the SEIU Wisconsin State Council. “He was born and raised here and has been a champion for Wisconsin’s working people his entire life.”

Pat Raes, president of SEIU Healthcare Wisconsin, said, “Mandela Barnes knows that all of us, regardless of our ZIP code, where we come from or the color of our skin, must be able to come together to form strong unions to build a Wisconsin that works for everyone. No exceptions.”

“Our democracy itself is on the ballot this year as racist voter suppression efforts target people of color and those with disabilities,” said Clarissa Acevedo, a member of SEIU Local 1 and State Council treasurer. “Mandela Barnes has a strong history of standing up and pushing back against corrupt politicians and the wealthy who bankroll them. We can count on him to continue to be a true leader for people like us and to help rewrite the rules for unions for all and a government that works for all.”

“I’m so proud to receive the endorsement of one of the largest unions in the state,” said Lt. Governor Mandela Barnes. “SEIU represents the folks that have kept us safe throughout our toughest times including the pandemic. In the Senate, I will work just as hard for them as they work for us every single day.”

Milwaukee Urban League celebrate the joy of reading at...