By Stacy M. Brown, NNPA Newswire Senior National Correspondent Minor offenses like a seatbelt violation, a broken headlight, or a crack taillight have resulted in the deaths of more than 400 people over five years, according to a startling new report. Many of those unarmed motorists are Black, the New York Times reported. The newspaper […] The post Report: Black Motorists Often Target of Police-related Death and Aggression appeared first on Voice and Viewpoint. 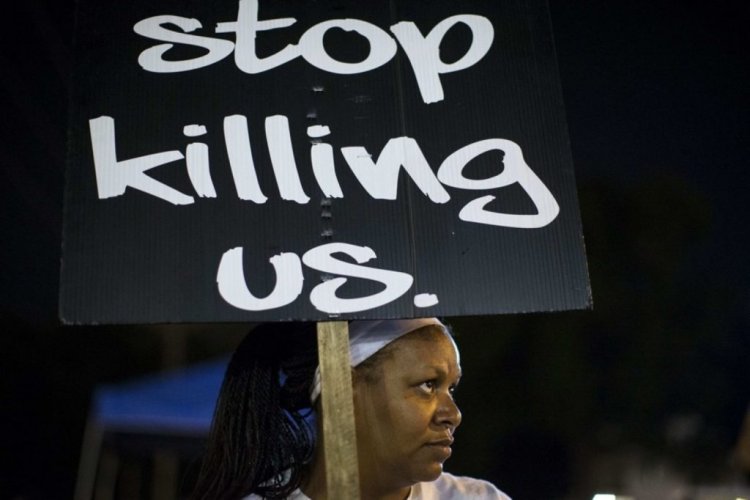 Minor offenses like a seatbelt violation, a broken headlight, or a crack taillight have resulted in the deaths of more than 400 people over five years, according to a startling new report.

Many of those unarmed motorists are Black, the New York Times reported.

The newspaper conducted an extensive investigation of traffic stops in which police officers justified the shootings by arguing that the vehicle was a weapon.

The Times found that in about 250 cases, police officers had fired into vehicles that they claimed posed a threat. “Relative to the population, Black motorists were overrepresented among those killed,” the researchers reported.

For perspective, the researchers discovered that nine officers had been fatally run over, pinned, or dragged by drivers in vehicles over the past five years.

However, law enforcement officers were found to have put themselves at risk.

The researchers concluded that some officers who fatally shot motorists “didn’t appear to be in any jeopardy at all.”

Earlier this year, Katie Wright, the mother of the 20-year-old African American man shot and killed by police a short distance from a Minneapolis courtroom where former cop Derek Chauvin stood trial for the murder of George Floyd, said she was searching for answers.

Wright, and a frustrated community that still has not wrapped its head around Floyd’s avoidable murder, said there was no reason for officers to shoot Daunte Wright, Sr.

The incident occurred at about 2 p.m. in the 6300 block of Orchard Avenue in Brooklyn Center.

Police officials said Wright, the father of a one-year-old son, had an outstanding warrant.

When they attempted to arrest him, Wright retreated inside his vehicle.

“One officer discharged their firearm, striking the driver, and the vehicle traveled several blocks before striking into another vehicle,” authorities wrote in a statement, which failed to address why police shot the unarmed Wright.

However, the researchers reviewed video and audio recordings, prosecutor statements, and court documents.

They found “patterns of questionable police conduct that went beyond recent high-profile deaths of unarmed drivers.”

“Dozens of encounters appeared to turn on what criminologists describe as officer-created jeopardy: Officers regularly – and unnecessarily – placed themselves in danger by standing in front of fleeing vehicles or reaching inside car windows, then fired their weapons in what they later said was self-defense,” the researchers concluded.

They said officers frequently exaggerated the threat and, in many cases, law enforcement responded with outsize aggression to disrespect or disobedience – a driving talking back, revving an engine, or refusing to get out of a car, what officers call “contempt of cop.”

“When victims of police violence seek justice through civil litigation, they are thwarted by the ‘qualified immunity’ doctrine, a legal loophole invented by the courts to shield police from accountability,” Howell stated.

“Black women are leading the movement to dismantle systemic racism and to stop police violence. Congress must heed our call for justice and the right to live our lives in peace. The same elected officials who courted our votes must now vote to protect our rights and lives by passing the ‘Ending Qualified Immunity Act.’”

Will Smith Says Venus and Serena Williams ‘Cried All the Way Through’ King Richard:...