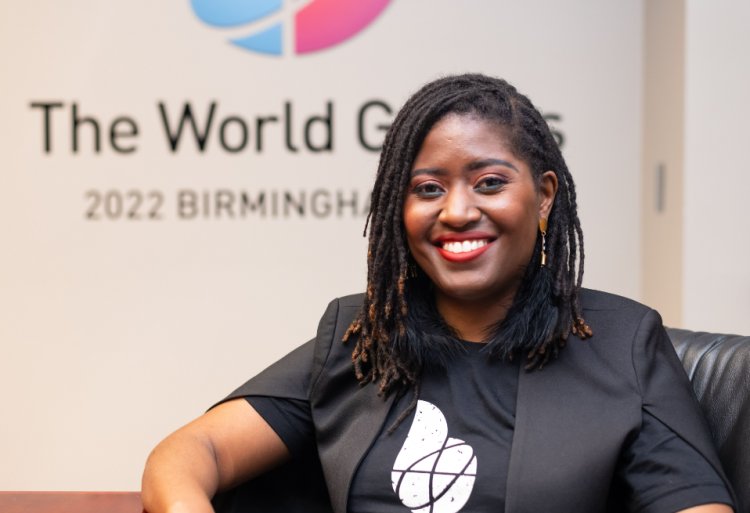 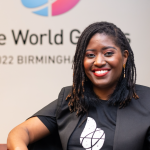 For The Birmingham Times

Let’s start with the Opening Ceremony – what do you think worked well?

“We had an amazing cast of people on the creative team.  Everybody on the creative team that you saw on the field, they were all volunteers. That in and of itself is amazing. The one thing that The World Games really does stress are the volunteers – not only the volunteers you saw on our field but just throughout the entire World Games experience. It cannot happen without those [individuals] donating their time. They were just amazing, some of the most professional young people that I have ever worked with in my life. And the team that supported them — very professional, very committed to making it a great show.”

Talk about the Closing Ceremony.

“In the Closing Ceremony the Chengdu performance [stood out. Chengdu, China will host the 2025 World Games] We’ve been working with them for over a year now and to start a conversation with your counterparts who are on the other side of the world and for them to get to Birmingham and to have a creative moment that was flawless. Perfect. It was just like, ‘This is what you live for,’ and those are relationships that I know I plan to have for the rest of my life. I hope to get to Chengdu in ’25 to see what that team produces.”

What about The HBCU moment [fraternities and sororities from Alabama’s 15 Historically Black Colleges and Universities put on a show during the Closing Ceremonies]?

“Anybody who knows me knows that I love to do it for the culture. So, to see that HBCU moment and I’m a Delta so I’m a little biased. But to see my Sorors up there getting their shine on… And this was a world broadcast, so around the world I don’t know what people really know about HBCUs and HBCU culture — so to be able to give that spotlight to the schools that we have here in Alabama, I thought that was an amazing moment.

What could have been better?

“In the Opening Ceremony we could have transitioned a little better. Again, we were getting into a lot of our cues, just really getting comfortable with our show. We had a lot of practice time but that pressure of going live. If we had more time, I would have wanted our artists to perform more songs just because they’re so amazing. But a show like this it really is like I got to get you on stage and I got to get you off.  A little bit more time for the artists to perform but understanding the nature of this show that’s just not necessarily the case.

“Of course, in the Closing Ceremony, I wish Lionel Richie would have come on sooner because I think our closing was phenomenal. To do the Opening and as great as it was… of course we had some lessons learned from the Opening that we took into the Closing. As so we were able to make a lot of great adjustments that made sure our show was going to flow well, that it was very consistent, that it had the continuity that it needed so I really wish we didn’t have that lag or wait time between the end of our creative and when it was time for Lionel to go on stage.”

Were there any takeaways that you feel you learned about your company or even yourself from not just the ceremonies but also The World Games Plaza?

“When we started, Opening Ceremonies got a lot of shine and then we rolled into The World Games Plaza with three awesome shows – Big Head Todd and the Monsters, Lupe Fiasco and then Big Boi. Big Boi was the largest crowd, 5,000 plus people . . . With the Plaza, it was amazing for it to be in the middle of the city at City Walk BHAM. We were the first organization to use City Walk for anything. It literally opened on July 7 [the start of the Games]. So that was great.

“What I really enjoyed about The World Games Plaza was the sound stage. The diversity of that stage. When you talk about producing a World Games and to come to the city of Birmingham and to be able to have the Chinese American Association. To be able to have our Latin community participate. To open this entire event with a ceremony by some of our Indian tribes that are native to the state of Alabama. To have hip-hop, country, pop, rock, bluegrass. You name it. If it was a genre of entertainment, it was on the Soundstage in The World Games Plaza. That was just amazing.

“But that was the type of stuff that we really wanted to showcase. To have the ALEX Experience (Alabama Experience that highlighted the state’s jobs, education, benefits etc.) in The World Games Plaza. To have the Microsoft HBCU Experience in The World Games Plaza . . . And I think one thing to note about that plaza was that it was free and open to the public and so it was also one of those experiences that didn’t have any barriers. There were no walls. There was no fencing. There was no entry fee to get in. And so that was a real important message that I think we wanted to send was that we wanted to make sure we had something for everybody – regardless of age, regardless of income, regardless of what side of town you live on, this Plaza was for everybody to come out and participate in The World Games.

“I think overall it was a great experience. I know we had a few headlines around our merchants and being able to accommodate them in a way that made sense for them as well as for The World Games organization that included relocating them to an area where they would be a little bit more high traffic. I think once we made that adjustment the value of that experience really did pay off.

What did you enjoy most about the past 11 days?

“Coming off the Opening Ceremony, I really enjoyed the fact that we got it done. The nerves and the angst leading up to an event like that, especially when it’s your first time doing it. You know what you’ve planned. You know what you’ve envisioned. Those two things have to come together and so we had a lot of great features in the show that I think came together beautifully.

“I did not get a chance to check out very many sports, but because I was camped out in the stadium I did get a chance to see drone racing. To see those drones and when they’re sitting on the stands and they look small but then when they’re flying around, they look like little birds in the sky chasing each other and obstacle courses and mazes. So that turned out to be a great moment.

“Big Boi was probably one of my best moments not only just because of the crowd but the energy that he brought. I got a chance to talk to him afterwards and I introduced myself and said, ‘Hey, we’re the workers of this thing’. And how he embraced us in that moment that was amazing to see.

You received feedback from the International World Games Association (IWGA). What did you hear?

“We got great feedback from them. We got an email that said job well done. So, to receive that message after nights of no sleep and not being on a regular food plan and dehydrated. It’s like I don’t have time to stop to drink water because I’m going to have to go to the bathroom and I don’t have time to go to the bathroom. To get that email it was like OK, we are doing something right.

How much time are you taking off and what are you going to do to relax and reward yourself?

“I’m going to do some vacation. I’m still deciding where I’m going. It will be in August. We have stuff we need to wrap up administratively with everybody who worked with us. We have so many things we have to inventory and determine what’s going to get donated, what are things that are going to go on display in certain places. What are legacy gifts that we’re leaving to different organizations. I told myself I was going to take two weeks off. Even when I was not working for myself, I don’t know if I’ve ever taken a full two weeks off at one time.”

What Are the Benefits of Metal Roofs for Rochester Homeowners?

How Small Businesses Get Boost From New Birmingham Ordinance

Salvation Army Offers Relief to Ukraine. Here’s How to...