Racism is on the rise, but so are our Black people

If anyone ever truly got real with Donald Trump, they'd explain to him that the nail was put in his presidential coffin when this nation had to bury George Floyd, Breanna Taylor, Ahmaud Arbery, and the 270,000 Americans who died due to COVID-19. Not once, and for not one of them, has the president stood up and said "enough is enough" denouncing the acts or afflictions that killed the innocent. 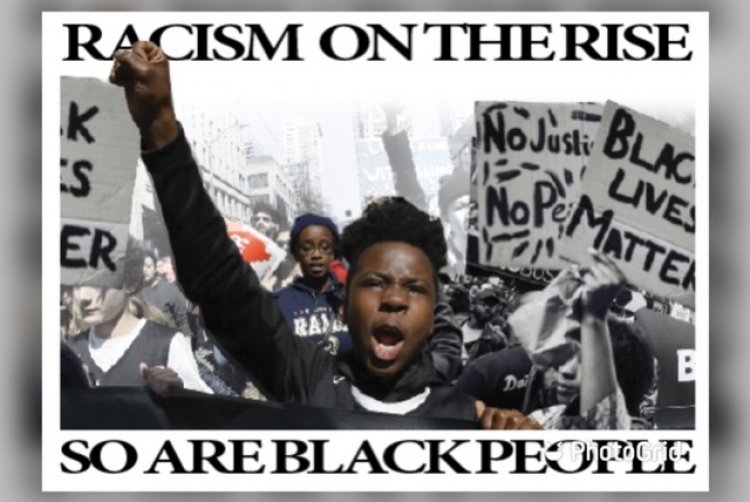 HOUSTON — If anyone ever truly got real with Donald Trump, they’d explain to him that the nail was put in his presidential coffin when this nation had to bury George Floyd, Breanna Taylor, Ahmaud Arbery, and the 270,000 Americans who died due to COVID-19. Not once, and for not one of them, has the president stood up and said “enough is enough” denouncing the acts or afflictions that killed the innocent.

On the topic of the coronavirus, we can table that discussion for another article, but when it comes to Blacks being killed, we can lay the cards on the table and make it plain and clear.

Racism is on a rapid rise across America and it is going to take both a “Miracle on 34th Street” and an “Act of Congress” to help get this country back on track, or at least, better than it’s been the last four years. President-elect Joe Biden will have his hands full, trying to hop over the muddy puddle left in front of the White House by its soon-to-be previous tenants.

We will not act like racism ever went away after the Civil Rights era, but President Trump seems hell bent on reviving Jim Crow and, not only, has encouraged racism, but has benefitted politically from it.

Do you know what collateral damage is? It is a term most often used to describe unintentional damage inflicted on an unintended target during war. Today, the phrase has real-world implications outside of physical combat. In simplest form, it is when the innocent is harmed.

Collateral damage #1: Feb. 23, 2020 – Ahmaud Arbery was killed in cold blood in Trump’s America by white men who jumped in a pickup truck, chased down the unsuspecting young Black man and shot him for no other reason than feeling he didn’t belong in their neighborhood.

Collateral damage #2: March 13, 2020 – Breanna Taylor was killed in cold blood in Trump’s America by white cops who barged into her home without a warrant and ripped her innocent body to shreds with gunfire.

Collateral damage #3: March 25, 2020 – George Floyd was killed in cold blood in Trump’s America by a white cop who patiently knelt on his neck, in front of the world to see, until he soiled himself and took his last breath.

Trump never spoke out against racial injustice against these three or any of the other innocent Blacks killed in hate crimes, but instead, used his podium to mock the Chinese, reporters and any politicians who didn’t fit or agree with his agenda.

While campaigning this year, the president told the “Proud Boys,” a White Supremacist group, to “stand back and stand by.” And not one Republican spoke up and said this was wrong, for fear of getting on the president’s “bad side.”

No one would ever think that in this day and age people would feel so free to openly display racist behavior and thoughts, but when the president is doing it himself, it’s open season for everyone else.

FBI data show that since Trump’s election, there has been an abnormal spike in hate crimes in counties where Trump won by larger margins. It was the second-largest increase in hate crimes in the 25 years for which data are available, second only to the spike after September 11, 2001. Though hate crimes are typically most frequent in the summer, in 2016 they peaked in the fourth quarter (October-December). And the high rates of hate crimes continued.

The Brookings Institution  reports that another study, based on data collected by the Anti-Defamation League, shows that counties that hosted a Trump campaign rally in 2016 saw hate crime rates more than double compared to similar counties that did not host a rally.

Slavery was indeed America’s “original sin,” and the Civil Rights Movement and our leaders like Dr. Martin Luther King Jr. and John Lewis struck a mighty blow against racism in America, but the promise land they dreamt about still seems far, far away. Many of us felt like we were a line from a Maya Angelou poem as the “hope and the dream of the slave” when Barack Obama became this country’s first Black President. But his election, and the pride of serving as a two-term president, had racists coming out of the woodwork, and Trump’s election amplified it.

As Black Lives Matter protests persist worldwide, hatred and hostility toward Black people continue to leave deep scars, we must continue to RISE UP and get back to the “bigger fish we have to fry.”

In the famous Apprentice reality show words of “The Don” himself, “you’re fired,” because the country has spoken, and the votes have been counted. And if you need us to “Black it down” for you, like Ray Charles said, “hit the road Jack, and don’t you come back no more.”

America’s systemic challenges will remain, but by putting the right people in office, we can start to repair our broken healthcare system, broken economy, broken education system and — possibly — our broken hearts. It’s time to break generational curses, rebuild our Black neighborhoods and take control our Black families once again.

Yes, racism is on the rise, and it is time for our Black people to do the same. RISE UP!

How to save enough to buy your first home