By Barnett Wright and Carter Dewees The Birmingham Times Birmingham Mayor Randall L. Woodfin has a commanding lead and a significant advantage in favorability among very likely and likely voters in the 2021 race who responded to a poll conducted by The Birmingham Times. With the election for Birmingham mayor 60 days away, on August […] 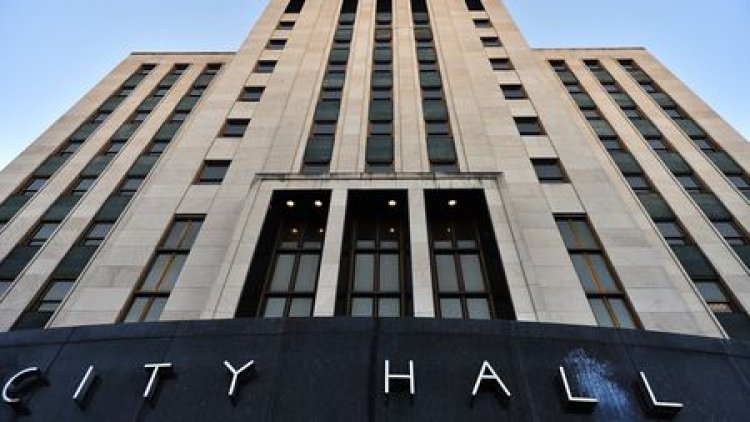 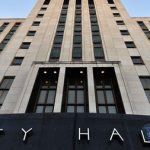 By Barnett Wright and Carter Dewees
The Birmingham Times

Birmingham Mayor Randall L. Woodfin has a commanding lead and a significant advantage in favorability among very likely and likely voters in the 2021 race who responded to a poll conducted by The Birmingham Times.

With the election for Birmingham mayor 60 days away, on August 24, Woodfin currently garners 52 percent of the vote, ahead of Jefferson County Commissioner Lashunda Scales, who has 10.8 percent, and former Birmingham Mayor William Bell, who has 9.6 percent, according to the poll. Others in the race—businessman Chris Woods, activist Philemon Hill, activist Daryl Williams, and philanthropist Cerissa Brown—trailed in the poll, receiving 2.4 percentage points or less.

If those numbers hold, Woodfin would win the race without a runoff, having reached the 50.1 percent vote threshold required to be re-elected to a second term.

But re-election for the incumbent is not a foregone conclusion.

In The Birmingham Times poll, which was conducted from May 11 through June 4, a large percentage of likely voters remained undecided, with 23.2 percent of respondents yet to make up their minds. If Scales or Bell can get a portion of those undecideds, it would be possible to force Woodfin into a runoff, which would be held October 5.

The Birmingham Times surveyed 250 very likely and somewhat likely Birmingham voters by phone; the margin of error is +/- 6.2 percent.

James Sullivan, who lives in the Central City community, said his decision to support Woodfin is “based on things that are important to me: education, our libraries, and neighborhoods.”

“In my experience, [Woodfin] is a man of his word,” said Sullivan. “I support him for that reason.”

The one issue that appears paramount on the minds of voters not surprisingly is crime, with 41.9 percent of all respondents saying it is the most pressing concern to them as residents of the city. Even on that issue and with several headlines chronicling the city’s homicides, voters don’t seem to blame the mayor. Asked which of the candidates can solve the gun violence issue in Birmingham, a majority of respondents either do not believe any candidate can or are unsure about which candidate can. Among those who chose a candidate who can best solve the gun violence, 22.6 percent said Woodfin, 11.3 percent said Bell, and 10 percent said Scales. Overall, however, 52.6 percent said none of the candidates would be best in regard to solving the gun violence problem in the city.

“Birmingham has done a 180 since Woodfin has been in office,” said Jasmine Williams, who lives in Ensley. “Some of the stuff, I don’t like it, but you can’t solve crime overnight. I’m with him. I’m going to vote for him.”

The most pressing issues facing the city, after crime, respondents said were economic development (19.2 percent), education (14.4 percent), blight (7.9 percent), and health (5.2 percent). One prominent issue that did not register among voters was the COVID-19 pandemic, which did not seem to be a major concern now that mask mandates have expired; restaurants, theaters, and offices are re-opening; and many citizens are returning to their normal way of life.

In general, a majority of Birmingham residents who participated in The Birmingham Times poll believe the city is “on the right track,” rather than “headed in the wrong direction,” with 68.7 percent of likely voters choosing “right track” and 14.1 percent choosing “wrong direction.”

Still, the race is far from over. Bell and Scales have supporters who believe their candidates should lead the city during the 2021–2025 term.

Bell voter Ross Sheffield said the former mayor “has the knowledge and the skills to go ahead and bring [Birmingham city] employees together, to accomplish what the citizens are trying to ask them to do.”

“I believe [Bell] would improve what’s going on in the city,” said Sheffield.

Scales voter Tammy Smith, who lives in North Pratt, said, “Scales is a true fighter for the people.”

“I have watched [Scales] over the years stand up for the people when the ones she works with would not,” said Smith. “I think Birmingham needs new leadership to be the ‘Magic City.’”

The deadline to qualify for the election in July 10.

Here’s a breakdown of responses to The Birmingham Times poll.

Which of these best describes your likelihood to vote?

What is your race or ethnicity?

What is your gender identity?

What is your age?

What is the highest level of education you have received?

After the listing of each candidate, please state your impression of them: Favorable, Somewhat Favorable, Neutral, Somewhat Unfavorable, or Don’t Know/Never Heard of Candidate.

If the 2021 Birmingham mayoral election were held today, who would you vote for if the candidates were as follows:

Do you approve or disapprove of the way the incumbent, Mayor Randall Woodfin, is handling his job as mayor?

What is the most pressing issue to you as a resident of the city?

Which of the following candidates do you think can best address the gun violence issue in the city?

In general, do you think Birmingham is on the right track or headed in the wrong direction?

How the poll was conducted

The survey was conducted using names from all 99 Birmingham neighborhoods (officers in the neighborhoods) and names of registered voters in the City of Birmingham obtained from the Alabama Secretary of State’s Office. It was conducted as a Likely Voter (LV) poll. 250 individuals responded to the survey, creating a margin of error of 6.2 points. Respondents not likely to vote, or who did not plan to vote, were not polled. Multiple quality control measures were taken, including: shuffling order of candidates for preferential questions, backup recordings of each call, and the answering of demographic questions. No weighting was necessary. Individuals were called, asked if they were likely to vote, and if so, surveyed about their voting preferences. This is a live caller poll.

3-Year-Old and 3-Month-Old Die After Tree Falls on Birmingham...