Op-Ed: Why We Run

Brandon Calloway, we feel your pain. Those cop car lights came on after you allegedly ran a stop sign (not a violent crime, by the way), and you panicked and […] 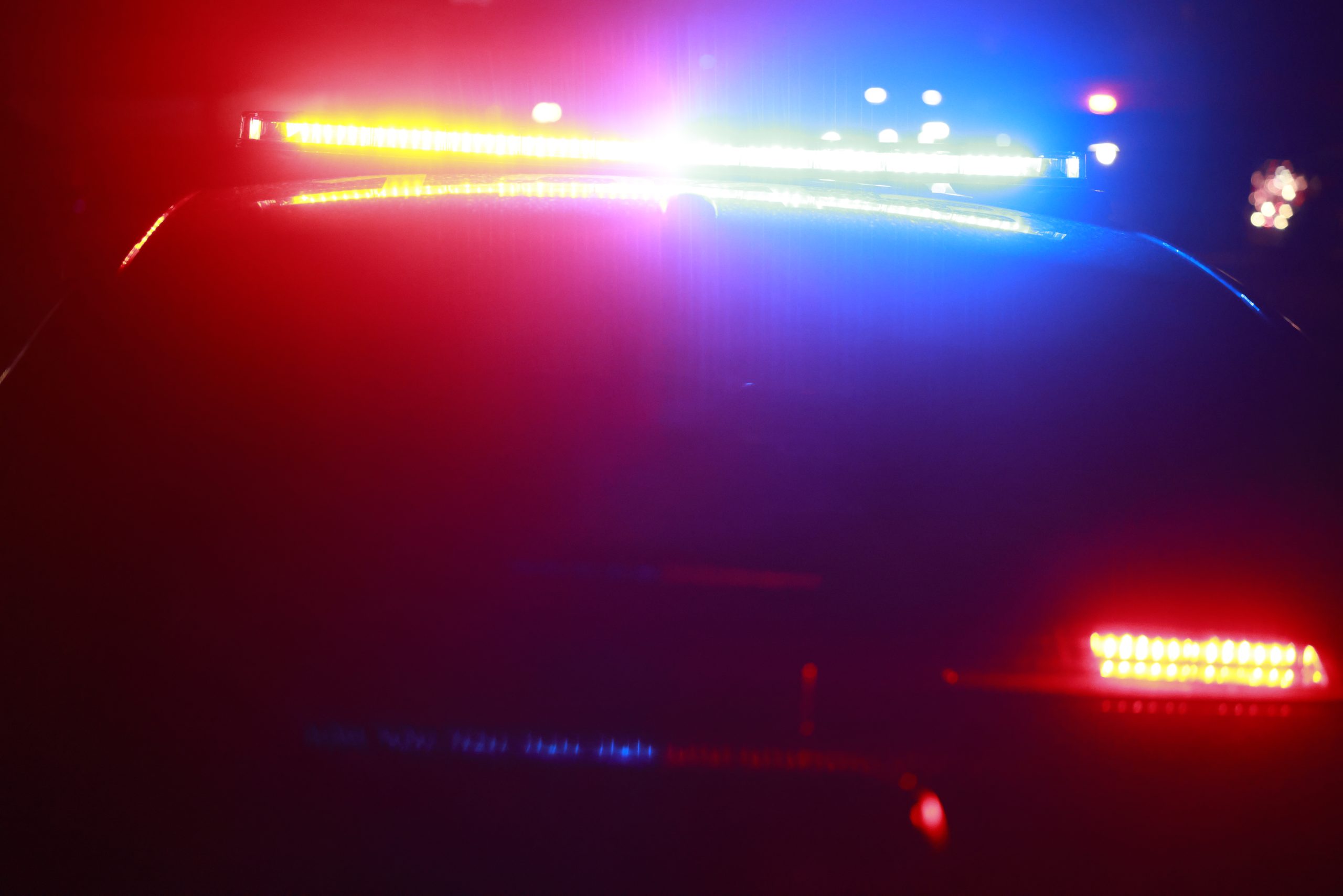 Brandon Calloway, we feel your pain. Those cop car lights came on after you allegedly ran a stop sign (not a violent crime, by the way), and you panicked and ran. Bruh. We feel you.

And if you’re reading these words, and are unfamiliar with the brutal ass-whipping Oakland, Tennessee police put on Calloway after chasing him down, with guns drawn; breaking into the home where Calloway ran (his girlfriend’s spot); and beating him with billy clubs and shocking him with a Taser as if he had just shot nearly a dozen humans in a Buffalo supermarket… or mowed down 21 souls, 19 of them elementary school children, in Uvalde, TX… or eviscerated nine church parishioners engaged in bible study inside a Charleston, SC AME church… if you’ve yet to hear of this tale, chances are you ain’t Black.

Because all the bruhs and homegirls, knowing Calloway’s plight or not, know this story. Or at least the fear that fueled it.

I know a young brother who drives for a living; one of those vans that delivers stuff everybody and “they” mama wait on after ordering this and that online from a gazillionaire who doesn’t need another dime from us to make sure he has enough to eat. This young man shared with me that even though he rolls in the company vehicle and wears the company uniform, and delivers to the same neighborhoods daily, he still gets stopped, followed, harassed (overtly and covertly), side-eyed, etc., simply for doing his job.

The young man, we’ll call him “Tarik,” said this daily harassment was highly stressful, especially leading up to the November 2020 election, as he lived and worked in one of the most Trump-loving outskirt communities of Houston. An area most of us would call “the country.”

One Saturday morning, while driving to work to pick up his company vehicle and endure more micro- and macro-aggressions, “Tarik” was driving on one of those one-lane stretches of backwoods, “country” road, and found himself behind a slow-moving vehicle. So, he made the decision, like so many of us, to go around the car. When he did, just like out of a Jordan Peele horror flick, the bogeyman appeared out of nowhere, hiding in plain sight.

And just like that, “Tarik” saw those same flashing lights in southeast Texas that spooked Calloway just outside of Memphis. “Tarik” knew he was being ordered to pull over, and realized he had a decision to make. And I know that for most whitefolk, there’s no decision to make—even though they run from cops too. But for so many of our white brethren and sistren, being pulled over by police is viewed at worst as an inconvenience, a nuisance, an undeserved disruption in moving through life within the invisible (and visible) matrix of white privilege.

In other words, it’s a no-brainer, no stress, no worry decision to pull over and have a conversation with “Officer Tipton.” But at its worst, they don’t view such encounters as potential life-or-death moments.

For Blackfolk, not so much. Especially Black men. And more specifically, “Tarik.”

His mind is racing, knowing he’s in the middle of nowhere, a “place” where Blackfolk have historically been disappeared for generations; knowing cops kill unarmed Blackfolk who are on the job, coming from the job, or going to the job; knowing minor traffic infractions have become one of the leading causes of death in Black males; “Tarik” has to make a life-or-death decision.

“Tarik” knows what happens to Black people in far too many encounters with law enforcement. Deadly outcomes. And not just for Blackfolk who’ve committed crimes, but rather innocent Black people, hard-working Black people, law-abiding Black people, every day. So, does “Tarik” pull over immediately or does he run, and never take his foot off the pedal?

“Tarik” takes an action somewhere in the middle. He doesn’t pull over immediately, working out the calculus in his brain that reveals his chances of not being killed increase if he can find an area with people and businesses and homes. Even though he knows cops have proven they have zero problems killing, shooting or choke-holding Black people in the busiest, most populated streets on the planet.

But the brother knows he can’t just not stop. He can’t just not pull over. So, for his safety, to increase his chances of not getting killed over some dumb sh*t, he decides to drive until he is in a more populated area, knowing that such a place is no guarantee that he won’t be brutalized or murdered.

Glory to Bast (the Black Panther god), Jehovah, Allah, Shango, the ancestors and all the Heavenly Hosts, “Tarik” was neither gunned down nor beaten, But he was charged with resisting arrest since he didn’t pull over immediately, costing him a night in jail and paying a bond that you’d equate with the perpetrator of a mass murder. But in the end, his decision to run, to not pull over immediately, may have saved his life.

We run because our eyes don’t lie. We know we can be literally shot and killed regardless of our response: run, walk, stand still, lay down, hands up, hands down, armed, unarmed, in the driver’s seat, in the passenger’s seat, being silent or giving lip.

We run because we don’t know, when we’re getting pulled over by 5-0 who is coming to our door. Because it has already been proven that white domestic terrorists recruit police hard to their organization because they see a commonality between their gangs. And these white domestic terrorist groups have been encouraging their members to join local law enforcement for years as a way to maim, torture and kill Black people without fear of legal ramifications

We run because standing still or lying down makes us easy targets, and reminds us of New Negro Movement (Harlem Renaissance) poet Claude McKay’s words written a century ago in his work, “If We Must Die,” where he argues, “If we must die, let it not be like dogs,” sitting around refusing to protect ourselves.

We run because Philando Castile complied and was shot in the face.

We run because Amadou Diallo was shot over 40 times for holding his wallet.

We run because when we don’t, we can be disappeared like Sandra Bland.

We run because cops kill us for rendering aid to folk in need or when we’re the ones seeking aid ourselves.

We run because John Crawford was gunned down while attempting to purchase a gun in a Walmart that sells guns.

We run because standing on a corner for us can be construed as a crime.

We run because in the calculus of our minds forced upon us by a system that believes the lie of white supremacy, running may be our only way to freedom.

We run because staying put sometimes feeling like staying on the plantation, where death is assured (whether today or tomorrow), so why not take a chance and bounce.

We run because even though police dispatchers told George Zimmerman to stop stalking that child Trayvon Martin, Zimmerman hunted him anyway and ended up murdering Trayvon. Yet, those same cops who knew Zimmerman was in the wrong, who told him he had no right and no reason to track down Trayvon, those same cops not only supported Zimmerman, they made him a national hero during and after the trial that let that child-murderer go free.

We run because no amount of police-speak will save us.

We run because the training they always say they need to increase after they kill another one of us, that training works just fine for cops when they deal with whitefolk, but goes horribly awry when dealing with us.

So, we run. And even when we don’t run, we’re sitting in our vehicles, hoping and praying that this too shall pass. That “Maybe, by the grace of God, I won’t become another face on a memorial t-shirt just because my taillight needs replacing, or it works just fine, but cops made up a reason to pull my Black ass over anyway.

So, even when we don’t run, we’re sitting there, contemplating, “Did I make the right decision or did I just make it easier for these folk to kill my body and then kill my reputation after I’m dead? Finding the worst possible photo I ever took in life. Digging deep to find any past infraction to justify to the world why my expired registration was a justifiable death sentence.

We run for the same reasons we don’t run. We run for the same reasons we walk, we stand still, we raise our hands in “Don’t shoot” fashion, we comply in silence, we comply with “yes-officer-sir,” we keep our hands glued to the steering wheel, we announce Richard Pryor-style before we move to get our license and registration, we grab our cameras to film the police encounter, we dare not grab our camera knowing anything in our hands (even nothing in our hands) supposedly looks like a gun to them.

We run, or not, because we’re attempting to preserve life within a Matrix that doesn’t care what we do, when all too often the powers that be will find a reason to justify their unjustifiable violence against us.

Am I suggesting that we run? I’ve seen too many of us shot in the back to answer that in the affirmative. But do I completely understand why we run? Mos def.

Will Smith resigns from film academy over Chris Rock slap