Now that R. Kelly’s locked up, maybe he can get some real help

By Mary Mitchell Chicago Sun-Times R. Kelly never got the help he so obviously needed. Robert Sylvester Kelly’s trial was... The post Now that R. Kelly’s locked up, maybe he can get some real help first appeared on Black News & Views. 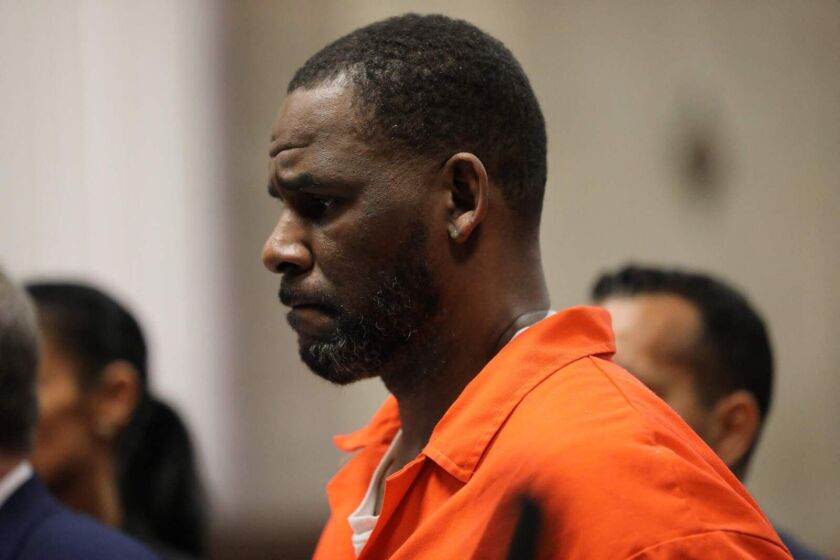 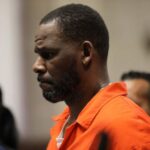 R. Kelly never got the help he so obviously needed.


Robert Sylvester Kelly’s trial was about as anti-climatic as a lousy remake.

The new cast of characters included a woman who admitted she had threesomes with an underage girl — something she said she wasn’t proud of.


Frankly, it is disgraceful that she escaped prosecution.

Unlike the last go ‘round, the adoring crowds had disappeared. The hush money had run out. The hangers-on who had claimed not to know anything about the superstar’s taste for underage girls were lawyered-up.

Kelly’s business manager Derrel McDavid and his assistant Milton “June” Brown were acquitted of being behind a cover-up scheme in the 2008 trial. Still, the horror of Kelly’s sexual abuse will follow these men for the rest of their lives.

The lies. The secrets. They grow like cancer on your soul.

I wrote a lot of scathing columns about the sex accusations Kelly was facing in 2008. I was genuinely shocked when a Chicago jury acquitted the R&B star of videotaping himself having sex with a then 14-year-old Black girl identified in this latest trial only as “Jane.”

This time around, Kelly’s swagger was gone. Instead, he looked like a man broken and bowed by shame.

A part of me has seen how even the hint of sexual abuse could tear a family apart, and I was disgusted that this ugly business was being aired again.

Amid Kelly’s first Chicago trial — his lawyer, the legendary defense attorney Ed Genson, who since has died — invited me to lunch at one of the city’s private lawyers clubs to find out what punishment would satisfy me for what Kelly was accused of doing. What would be enough to stop the daily ink?

I was blunt. Kelly needed to go to jail.

He desperately needed mental health services to deal with the sexual trauma he suffered as a child and the addiction he was dealing with as an adult. But without a conviction, he wasn’t likely to get that help — not with prominent ministers praying that he would beat the charges and Black girls and grown women blaming the victim.

Not long afterward, I heard from a well-respected psychiatrist, also now dead, who agreed that Kelly didn’t stand a chance of overcoming his demons as long as he was surrounded by enablers who indulged his sexual perversions.

My colleagues Jim DeRogatis and Abdon Pallasch tried their best to expose the truth about the pornographic tape depicting the superstar sexually abusing a young girl — “Jane.”

After two decades of denial, she finally admitted that she was on the tape that ended up getting peddled from coast to coast by people who viewed it as entertainment.

The popularity of the illicit tape shows there are a lot more R. Kellys out there.

It is up to parents to protect their sons and daughters from these predators and break the cycle of sexual abuse that has ruined so many lives.

If you think because you’re a good parent that something as ugly as sexual abuse couldn’t possibly happen to your daughter or son, you are wrong.

Robin D. Stone, a journalist, sexual abuse survivor and author of “No Secrets, No Lies: How Back Families a Heal from Sexual Abuse,” noted that “family members and acquaintances account for 93% of sexual assaults against people under the age of 18.”

Please, don’t leave your young children unsupervised with older siblings, relatives and paramours or let them attend sleepovers at the homes of friends you barely know.

Kelly had the reputation of picking up young girls outside Kenwood Academy and the Rock ‘n’ Roll McDonald’s in River North.

Yet apparently no one thought it strange that the superstar was hanging out with teenage girls.

Kelly’s sentencing, like his conviction, isn’t going to stir up any passions.

But it might prompt other sexual abusers to get some help before it’s too late.

The post Now that R. Kelly’s locked up, maybe he can get some real help first appeared on Black News & Views.

Denver violated the rights of Black boys with disabilities, Dept. of Education finds

The Baton Rouge secession attempt that could defund the...