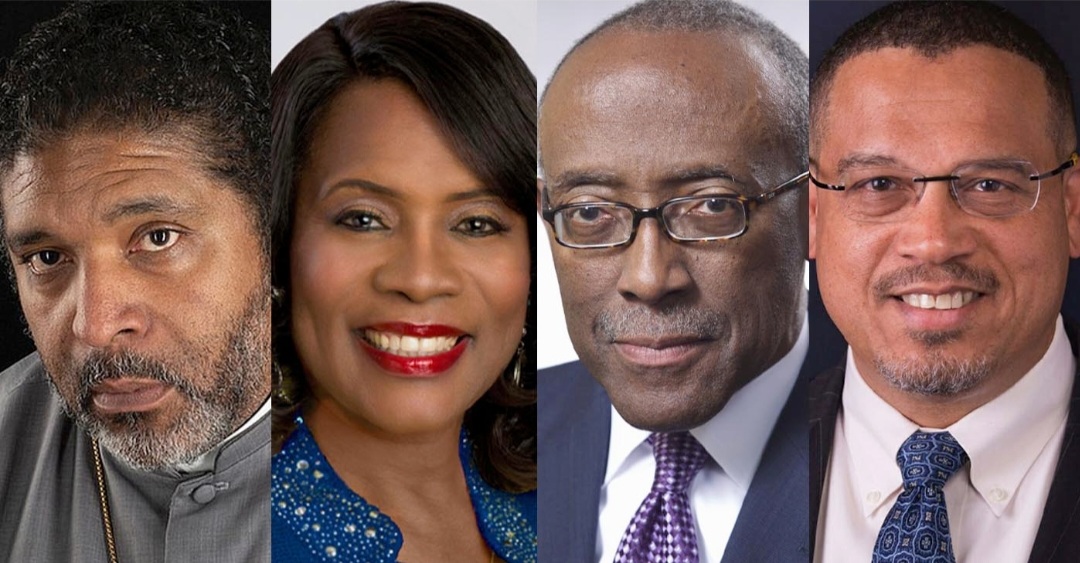 Keith Ellison emerged as more than just a figurehead during his first term as Attorney General in Minnesota.

James Winston, President of the National Association of Black Owned Broadcasters (NABOB), has earned the distinction as the voice representing Black-owned broadcasters.

Together with the National Newspaper Publishers Association (NNPA), Winston and NABOB are working to encourage the media and advertising industries to become more proactive and committed to diversity from the C-suites to the decision-making managers.

Winston believes more is needed to increase and enhance the ownership of media businesses by African Americans and other minorities.

President of the historically Black Tennessee State University since 2013 and the international president of Alpha Kappa Alpha Sorority, Inc., Dr. Glenda Glover, has already carved an indelible imprint on Black students at her school and across the nation.

Recently, President Joe Biden appointed Dr. Glover as vice-chair of the President’s Board of Advisors on HBCUs.

Meanwhile, Rev. Dr. William Barber II, the architect of the Moral Movement, has remained vigilant in the fight for social justice.

Declaring that “we won’t be silent anymore,” Dr. Barber led the Mass Poor People’s & Low-Wage Workers’ Assembly and Moral March on Washington and to the Polls in June.

Dr. Barber and his large following demanded that policymakers fight poverty, not the poor.

With a guest performance by Grammy winner Chrisette Michele, the 7 p.m. ceremony at the Marriott Marquis in Northwest, Washington, D.C., honors individuals who show continuous support of the Black Press and the Black Community.

“I am truly honored to receive this award on behalf of the work we do at NABOB,” Winston told NNPA Newswire.

“I am especially honored to join the highly distinguished list of former honorees, including Vice President Kamala Harris and Olympic Gold Medalist Allyson Felix,” he remarked.

“It has been my pleasure to work closely with Dr. Ben Chavis to further the mutual interests of our organizations. I humbly accept this award with a pledge to continue the work of NABOB and NNPA to amplify and enhance the voices of the African American community.”

“I am honored to receive the National Leadership Award from the NNPA/Black Press of America,” Ellison stated.

“The Black Press has served as a trusted source of information for 195 years. Black media provides an invaluable service by centering Black voices, engaging the community, and pushing for a more just society.”

The Premiere of “Double Standard”

Tony and Lauren Dungy in Nashville for Book Signing at...