You can remove ‘Acting Chief’ from Jeffrey Norman’s title. It’s now, ‘Milwaukee Police Chief Jeffrey Norman.’ The title change became official Thursday when the Milwaukee Fire and Police Commission (FPC) appointed Norman to a four-year term. “I am absolutely pleased honored and deeply humbled by the board’s unanimous support,” said Norman, who has been acting […] 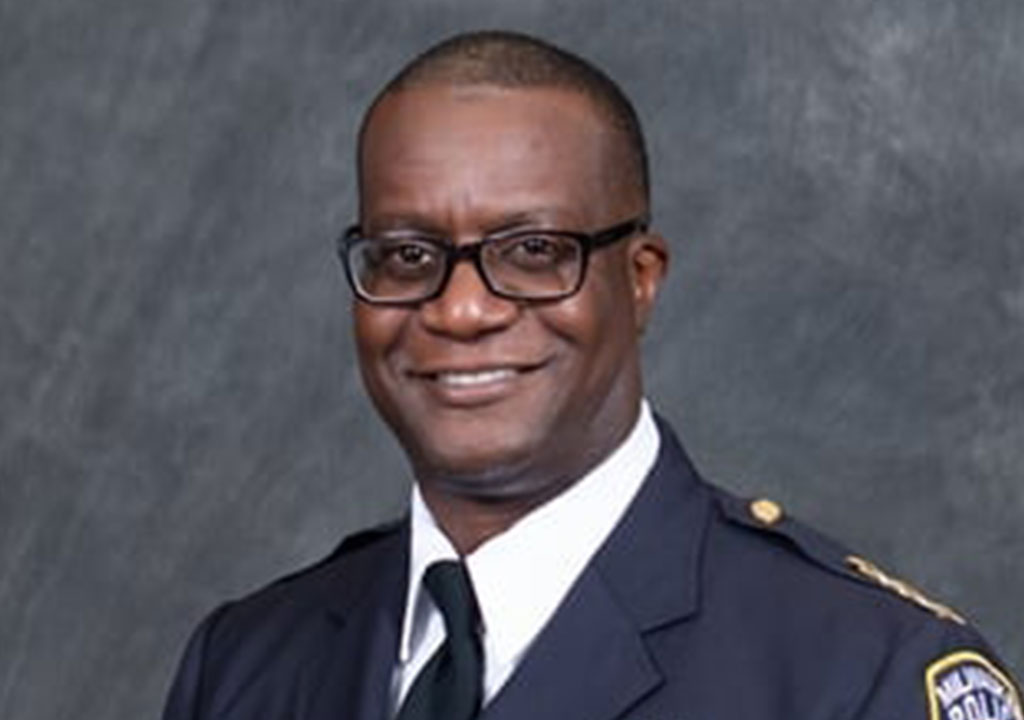 “I am absolutely pleased honored and deeply humbled by the board’s unanimous support,” said Norman, who has been acting chief since December 2020, who was fighting back tears during the virtual meeting. “I look forward to continuing to work with the FPC for the betterment of our city.”

Norman is the 19th police chief in the city’s history and the second African American chief.

In a prepared statement on department letterhead with Norman’s new title, the new chief said he was grateful to be able to continue to serve the community he grew up in and lead MPD officers and command staff “in this new chapter of my tenure.

“I am committed to working with our community and system partners to continue to build sustainable neighborhoods free of crime that are built on positive relationships.”

In a statement, Common Council President Cavalier Johnson congratulated Norman on his appointment. “As I have said time and time again, I can’t think of a better person for the job.”

Pointing to the issue of crime and reforming and modernizing the department, Johnson said he was confident Norman “will be a collaborative and open-minded partner.

“I look forward to his leadership, stability, and vision, and to working with him closely in the days ahead.”

Milwaukee County Sheriff Earnell Lucas, in his own statement, said he looked forward to working with Norman and the MPD to “address the urgent public safety needs of crime, fear, and disorder in Milwaukee and combating the issues of reckless driving and auto theft.

“I know you will serve the people of Milwaukee with honor, integrity, and trust,” Lucas said

Norman’s appointed four-year term means he will not finish the previous term of Alfonso Morales, the previous chief.

In August 2020, the FPC voted to demote Morales to captain in a move a Milwaukee County Circuit Court judge ruled was without due process. Morales sued and eventually settled with the city, agreeing not to return to the position.

Norman previously applied for the position and advanced to a group of six finalists, but was not chosen among the final three candidates in the initial search for Morales’ replacement.

The FPC later voted to terminate the search and begin a new process with Norman as the only applicant.

“What doesn’t kill you makes you stronger,” Norman said in an October 11 interview when asked what he made of the journey, “I look at it from the standpoint that I’m the same person who applied back in 2020.”

No date has yet been set for Norman’s official swearing-in ceremony as of this writing.

Yes, we have a new President and Vice President!