By Ryan Michaels The Birmingham Times Birmingham-area residents and several local agencies and organizations gathered in Linn Park on Friday to publicly discuss an issue often unmentioned in the Black community – mental health. “We don’t talk about it, and we sweep things under the carpet, so to be able to come out here and […] 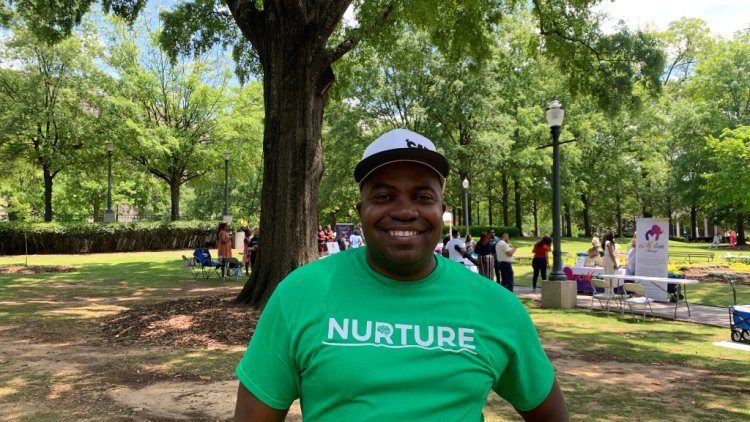 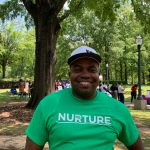 “We don’t talk about it, and we sweep things under the carpet, so to be able to come out here and talk about it freely is a major change for the city of Birmingham,” said Dana Perdue-Melton, of Perdue Counseling & Consulting, who was in attendance.

Perdue-Melton was among dozens at Birmingham’s Community Mental Health Day, which was organized by Nurture of Alabama, a non-profit that raises

awareness about mental health through community education and support services, in partnership with the city.

Malek Kimble, a small business owner, said many “suffer in privacy” due to societal views on seeking help for mental health.

“[People] don’t want to be perceived as being the person that had a problem, a person that had to get some kind of help. Whereas, we all go through things, and everybody processes differently,” he said.

Events such as Friday’s can help reverse how people think about seeking mental help, he added and “bring more awareness and let people know that it’s okay to get help because we’ve been taught so much that, ‘You’re crazy,’ and people don’t want to be ashamed or embarrassed, so this type of events just encourages [people] to maybe get some help before it’s too late,” he said.

Tissa Speight, a Jefferson County employee who stopped by the event on her lunch break, said people need to know how to get help.

“A lot of times people put on a facade that everything is great, that their life is well. You see it on Facebook and Instagram, when really deep down inside, they’re struggling, so I think [it is important] to let people know that there is help,” Speight said.

Joshua Bryant, an employee Birmingham Water Works, said people should know what resources are available. Bryant said he was homeless before a police officer made him aware of the Youth Towers homeless shelter in Birmingham.

“Right now, mental health is something that is kind of being shunned away from the public. For me personally, dealing with certain things, I look for resources and…to acknowledge [mental health] openly, I think that’s better, and it actually can help people come out and maybe get information that they couldn’t obtain,” he said.

Drew Jones, CEO of Birmingham-based apparel brand FLY V, said people need to realize mental health is about consistently taking care of themselves, not just one visit to a therapist.

Working toward improving mental health doesn’t have to be “traditional,” he added. “Anything is therapeutic that helps us stay positive for our mental health,” he said.

Making time for mental health helps him as a business owner as well, Jones said.

“I like to take time out to focus on myself mentally . . . to relieve stress, start the day off in a positive way. It helps you win today.”

“I think it’s imperative that the city participates in (the mental health community day) and promotes it,” she said. “Sometimes there’s a stigma around it, and I think when you see your leaders, your community members, city, county, state, everyone’s out here, freely taking this information, it encourages others to do so,” Plain said.

Agencies and organizations at the event included Impact Family Counseling, Jefferson County Family Resource Center and the Alaquest Collaborative for Education, which focuses on social emotional learning for students.

VIDEO: Mom-believeable: Twins Surprise Stepmom On Mother’s Day By Asking Her To...