Mayor Sylvester Turner, alongside several mayors from across the country, held an open news conference for the National Nonpartisan Conversation on Voter Rights on National Voter Registration Day Sept. 20. […] 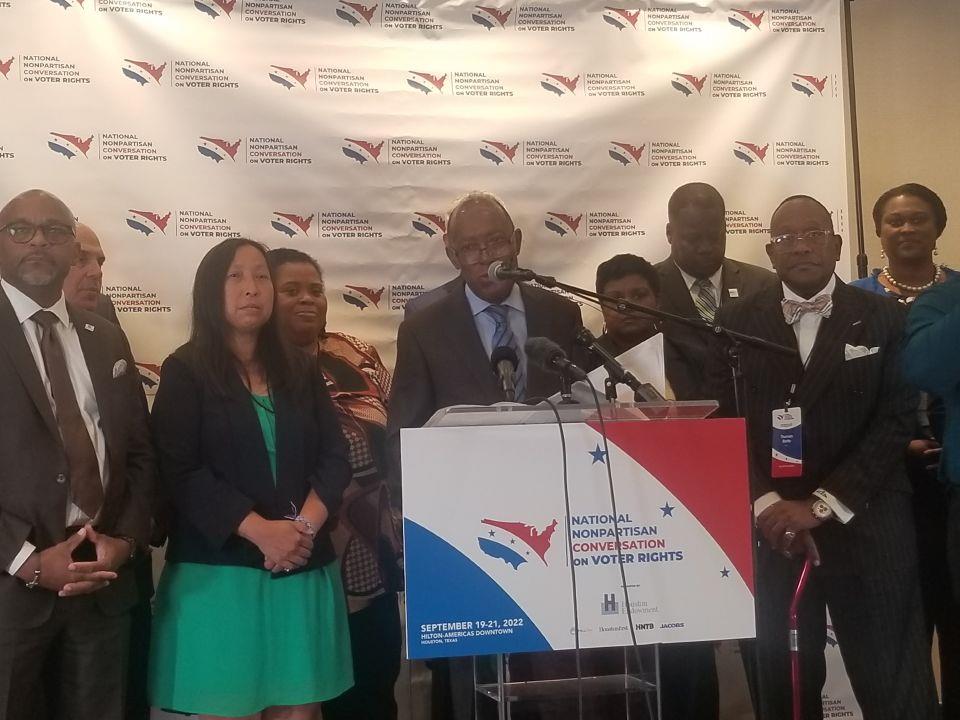 Mayor Sylvester Turner, alongside several mayors from across the country, held an open news conference for the National Nonpartisan Conversation on Voter Rights on National Voter Registration Day Sept. 20. The two-day event took place at the Hilton Americas-Houston bringing together prominent speakers, business leaders, community activists and grassroots organizations to discuss strategies to educate and promote voters rights and provide resources to local leaders to increase civic engagement in their communities.

Texas is just one of many states that have made attempts to restrict how and when voters cast ballots. Denver Mayor Michael B. Hancock said about 500 pieces of legislation nationwide were passed to suppress voters rights.

“We Americans must do everything we can to remove those threats, to obliterate the peril, to break down those barriers,” he said. “What we’ve seen across the nation since the 2019 election is a systemic and bold efforts to roll back the progress that so many people have marched for died for, and at the very least bled for.”

Mayor Turner said he is working closely with the youth to keep them energized and engaged at the polls.

“There is a lot of Black folks in the community who aren’t engaged,” said Michael Thompson, Former Fellow of Cities United. “Elected officials need to do more to meet young people where they are. Be on the ground, be authentic, understand where and how young people access and digest news.”

The Black Press: 195 years of excellence

Review: In ‘Honk for Jesus,’ a megachurch mockumentary

Protect the freedom to marry