By Ryan Michaels The Birmingham Times Mark Pettway who once said law enforcement wasn’t really his first choice for a career is now on his way to a second full term as Jefferson County Sheriff. On Tuesday, Pettway, a Democrat, received 52.09 percent, or 102,440 votes, to defeat Republican challenger and newcomer Jared Hudson, who […] 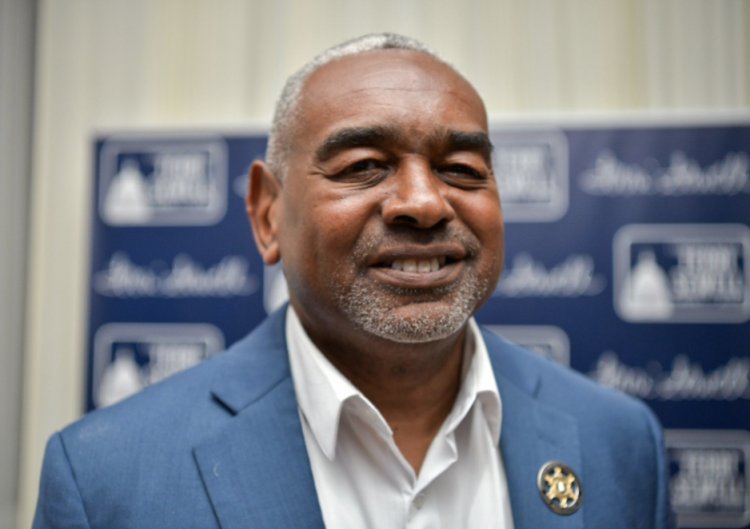 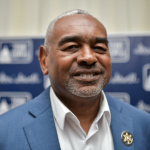 By Ryan Michaels
The Birmingham Times

Mark Pettway who once said law enforcement wasn’t really his first choice for a career is now on his way to a second full term as Jefferson County Sheriff.

On Tuesday, Pettway, a Democrat, received 52.09 percent, or 102,440 votes, to defeat Republican challenger and newcomer Jared Hudson, who received 47.84 percent, or 94,077, according to unofficial results.

Born in 1964, Pettway was five years old when the Apollo 11 mission successfully landed three men on the moon in 1969. He wanted to be an astronaut.

However, as he grew, Pettway’s job interests also changed—first to accounting, which he grew to find “boring”—but eventually to computers. In the 1980s, Pettway worked in data and mainframe maintenance for the former AmSouth Bank and Blue Cross Blue Shield in Birmingham, before moving to Montgomery to do the same work Colonial Bank Group.

Pettway didn’t consider law enforcement until 1991, when, he said, computers weren’t paying him enough. He got a job at the Birmingham city jail, with the intention of going back to computing, but wasn’t able to keep up with the technology changes.

“As time went on computers changed…so I stayed in law enforcement and started liking law enforcement. I found myself fitting in very good …That desire to get back into computers started dwindling, then it died,” Pettway said.

In 2018, Pettway was elected the first Black sheriff of Jefferson County. In August, he was named Law Enforcement Executive of the Year by the International Crisis Intervention Team, which advocates for improved community responses to mental health crises.

Pettway said he felt great pride from the acknowledgement, which he said shows that the JCSO has been “thinking differently.”

After his victory Tuesday, Pettway said he’s looking forward to some more of his initiatives. “I guess I got a job for four more years,” Pettway, with wife Vanessa by his side, told supporters during his election night watch party at The Canvas Event Center in Birmingham’s Glen Iris neighborhood.

As he has continually done since his first campaign in 2018, Pettway stressed that his success as a candidate is not merely his own work.

“I first want to give all the glory to God, and I thank all the voters that went out and voted today. I thank you for your vote, and those that didn’t vote for me, I want to earn your vote,” Pettway said.

Through his location and his family, Pettway has been surrounded by Black firsts and leaders all his life. Camilla, one of the first to integrate the teaching staff for JCS, was the first Black teacher at Brookside Elementary School.

Ed, Pettway said, became one of the first Black foremen at the former Hayes International Corporation, now Alabama Aircraft Industries, after retiring from the military.

College Hills is part of the area of Birmingham often called “Dynamite Hill,” where Ku Klux Klan bombings were commonplace during the Civil Rights Movement of the 1960s.

During Pettway’s youth, the area was home to many Black leaders, including Arthur Shores, who served as Birmingham’s first Black City Councilor, as well as famed civil rights activist and academic Angela Davis.

Pettway, who was a news carrier for The Birmingham News as a child, said he enjoyed his childhood and felt embedded in the community from a young age.

“We had great times growing up, great community. A lot of professionals were there in the community, so [my siblings and I] had a very good childhood,” Pettway said.

After graduating from Ensley High School, Pettway went on to Jefferson State Community College and then to Faulkner University in Montgomery, where he graduated in 1991 with a bachelor’s degree in business administration.

The same year he graduated Pettway started that first law enforcement job at the Birmingham City Jail, checked people into the prison, handled their clothing, fed people in the jail, but mostly learned.

“That was all new to me. Everything about law enforcement was new to me. I’d never experienced it besides being pulled over on the side of the road,” he said.

In 1993, Pettway left for the Fairfield Police Department (FPD), where he said he really began to fall in love with law enforcement. With FPD, Pettway said, he was doing “a lot of community policing.”

In 1999, Pettway moved to the JCSO. His last position before being elected sheriff was in the detective bureau, a position he first moved into in 2008.

Going forward, Pettway said he still has a number of priorities including The Crisis Care Center in Homewood, which serves to divert people with mental health or substance abuse crises away from jails, which is a big win for the region, he said.

“We want to be sure to get them the help that they need, and not just lock them away,” Pettway said.

The Crisis Center was on the minds of residents and administrators when Pettway visited Jess Lanier Manor in Bessemer last week five days before the election.

Vetrice Hill, Director of Multifamily Assistance, said residents needed to see the sheriff to know that he is an actual person. “I think it gave them an opportunity to meet the man behind the scenes that are keeping them safe. I’ve had an opportunity to interact with him outside of election season and his community engagement is what impresses me the most.”

Hill said the new crisis center is important, “Because I do think that those individuals could really benefit from that,” said Hill. “…I have a background in mental health. I know that there’s a need and there’s something that the mental health community has been advocating for many years. So to actually see it brought to fruition is, is excellent.”

Other priorities include constructing two regional jails, one each for the Bessemer and Birmingham divisions of the JCSO’s jurisdiction. These jails, which would be for use by municipalities across the county, would get small municipalities “out of the jail business,” Pettway said.

“That frees up a lot of money for these municipalities, so they can have money where they can do garbage pickup or whatever they need to do to help better their cities,” he said.

Pettway, who has heavily focused on rehabilitative efforts for incarcerated people in the county with programs like Jobs Not Jail, said that within these new jails, the sheriff also intends to provide greater skills and trade training for those incarcerated.

“We want to change their lives, and we want to rehab them, so we [want to] have a place to teach and train them trades. We can place them in good paying jobs,” Pettway said.

Additionally, Pettway said he intends to seek greater pay for employees of the JCSO.

Starting pay for deputies in Jefferson County is $41,000, according to the sheriff, while neighboring Shelby and Tuscaloosa Counties start off paying employees $10,000 or more per year. Pettway also said he would like to allow deputies to receive retirement benefits after 25 years, instead of the current 30-year requirement.

“I’m looking to get more money for my deputies. We want to fight to get them better conditions to work in,” Pettway said.

Steven Hoyt, former Birmingham City Councilor and property manager at Jess Lanier Manor said Pettway is approachable and has been that way since first elected in 2018.

“Our elected officials are not readily available. They are when they run, but it’s very rarely that they are after being elected. Sheriff Pettway has been one who has been available to people, not just today but since he has been in office,” said Hoyt.

At the Legion Field box on Tuesday, Larraine Jackson, who lives in Birmingham said, she voted for Pettway because of his visibility. “You see him all the time. It’s been times people would get elected and you won’t see them again. Not only do you see Pettway, but you see deputy sheriffs out all the time,” she said.

Pettway has been married to Vanessa, who he met at a Bible study in the late 1980s, for 29 years. The couple have two daughters, both of whom are teachers.

Vanessa has been a crucial part of Pettway’s campaign, he said, remembering an early interview on the Gary Richardson Morning Show on WJLD.

“My wife called in on that show while I was being interviewed, and she told him how much she loved me and what type of person that I was, and that won the audience over,” Pettway said.

“When I heard your wife give you that endorsement, I was all the way for Pettway,” he recalled hearing Richardson say.

In addition to her call-in the interview, Vanessa, herself in ministry at the Pettways’ home church Word of Faith Global Ministries, served as a good spokesperson for the campaign, Pettway said.

“She speaks from her heart, and it’s felt when she speaks. She speaks those words to those listeners, and they hear her, and it just wins them over,” Pettway said.

How City of Birmingham Plans to Remove Blight with Tougher...