photos by Tyana Jackson Tyana Jackson Data News Weekly Contributor On the anniversary of Hurricane Katrina, many neighborhoods in New Orleans are still finding ways to recover, and revive their neighborhoods, both physically and economically [...] 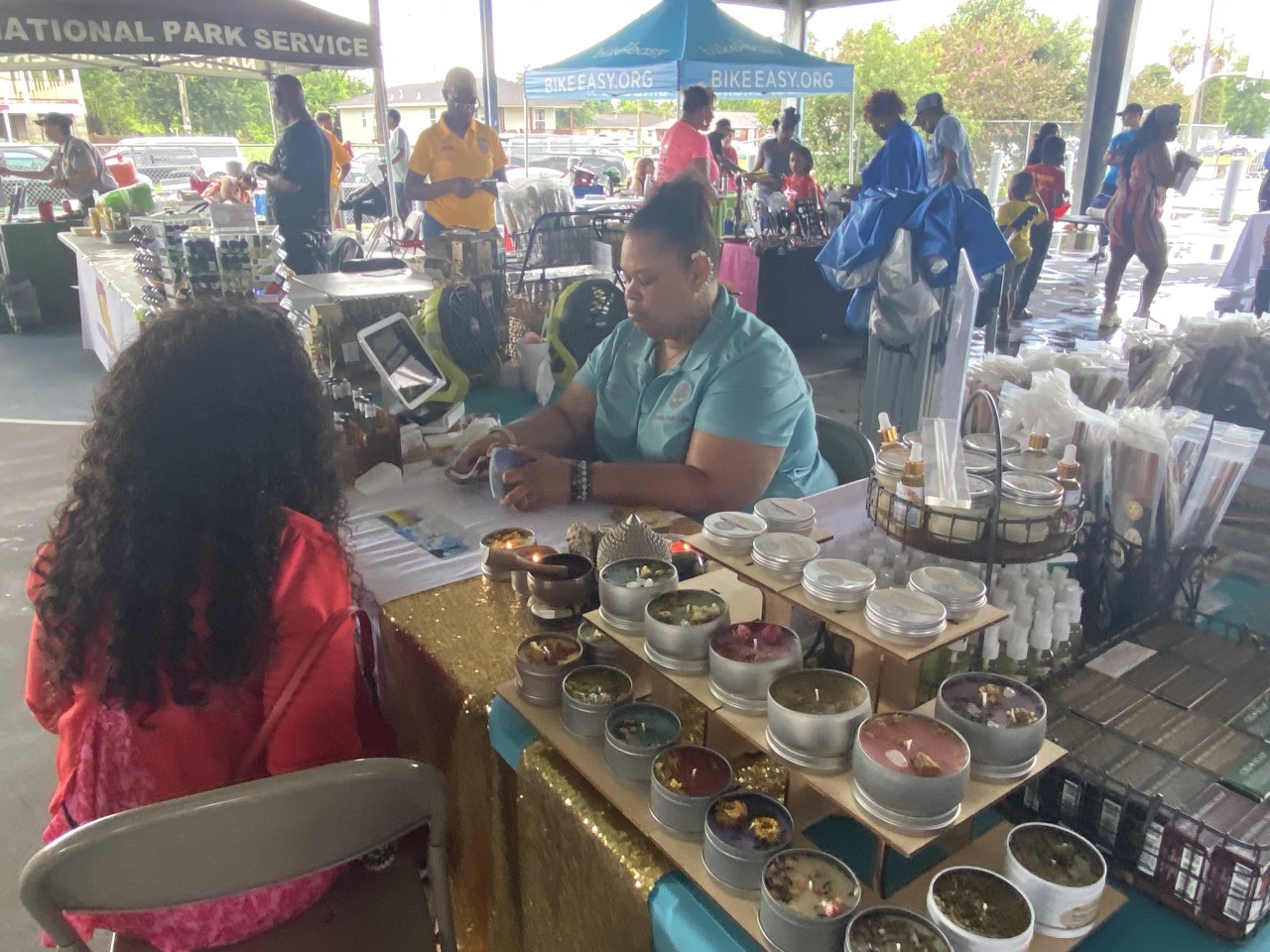 On the anniversary of Hurricane Katrina, many neighborhoods in New Orleans are still finding ways to recover, and revive their neighborhoods, both physically and economically from the damages and loss from 2005. Since the lifting of public gathering restrictions across the state, community events have played a considerable part in the rehabilitation of various parts of the city.

The Lower 9th Ward Homeownership Association hosted the Lower 9 Fest, on August 27, 2022, at the Oliver Bush Playground from noon to 4 pm. The organization said its goal was to work to create and preserve homeownership within the community while developing adequate ways to support housing justice and disaster rebuilding since Katrina and Ida. The association invited several local businesses to allow them to showcase their services and products.

“We have been committed to the community ever since right after Katrina, while thinking of ways to bring people together and we realized this would be a great way to get everyone in the community to learn about the resources available to them,” said M.A. Sheehan, a former community volunteer for 10 years.

Residents of the 9th Ward were able to gain access to community resources and enjoy live music with food vendors. However, the number of challenges that residents are still continuing to face years after Katrina still creates an uncertainty as to when residents will actually be able to see the improvement in their communities.

“It feels good to see people working together and coming together, I think that is one of the ways we can all benefit,” said Rashida Ferdinand, a Lower Ninth Ward resident who is the founder and Executive Director of Sankofa Community Development Corporation, which works to address issues of sustainability and food access in the community. “But there is still a lot of work we all have to do – like this neighborhood that still needs systems, policies, and infrastructure development.”

The community resources promoted at the event consisted of first responders, environmental groups, health, and dental care along with separate entities from the business district. This included several pharmacy students from Xavier University of Louisiana, who were in attendance to educate residents about blood pressure and nutritional facts among other wellness areas.

“I really think it’s important for us to raise awareness in this community because of the stereotypes about high blood pressure so we can get people to check it,” said Kaylin Miller, a second year College of Pharmacy student at Xavier.

“When we get the results, we can look from there to help people decide what better eating habits we can develop and better your lifestyle,” said Katelyn Quinterro, who is also a second year College of Pharmacy student at Xavier.

The Whole Village Art Therapy was one of the sponsors for the children’s activities such as providing blow-up houses, face painting, and arts and crafts. They promote the reduction of systematic barriers to mental health services all throughout New Orleans.

“The festival was an effective way for people to see us and make art. It allows people to connect with others and it lets people take a minute to refresh themselves,” said Holly Wherry, an Art Therapist and Counselor with The Whole Village.

Overall, the Lower 9 Fest was one of many events in the city that encouraged the overall advancement of predominantly Black neighborhoods. Organizers and residents recognized all of the positive attributes of the festival and continued to celebrate their collective efforts to revive the Lower Ninth Ward.

“This was actually the perfect event for us because you get to see your neighbors even the ones you don’t know and the turnout was perfect and we can get even better,” said Tee Carey, a resident.

The Moment of Now

TAKING BACK YOUR DIVINE POWER

Dress to Impress & Ready for Success

Shaka Zulu: Carrying on the Rich Traditions of New Orleans