Look out November: Black women are ready to vote yesterday!

The phrase “most important election of our lifetime” has been used for seemingly every election over the past 14 years. The crazy thing is, each pronouncement has been correct. And […] 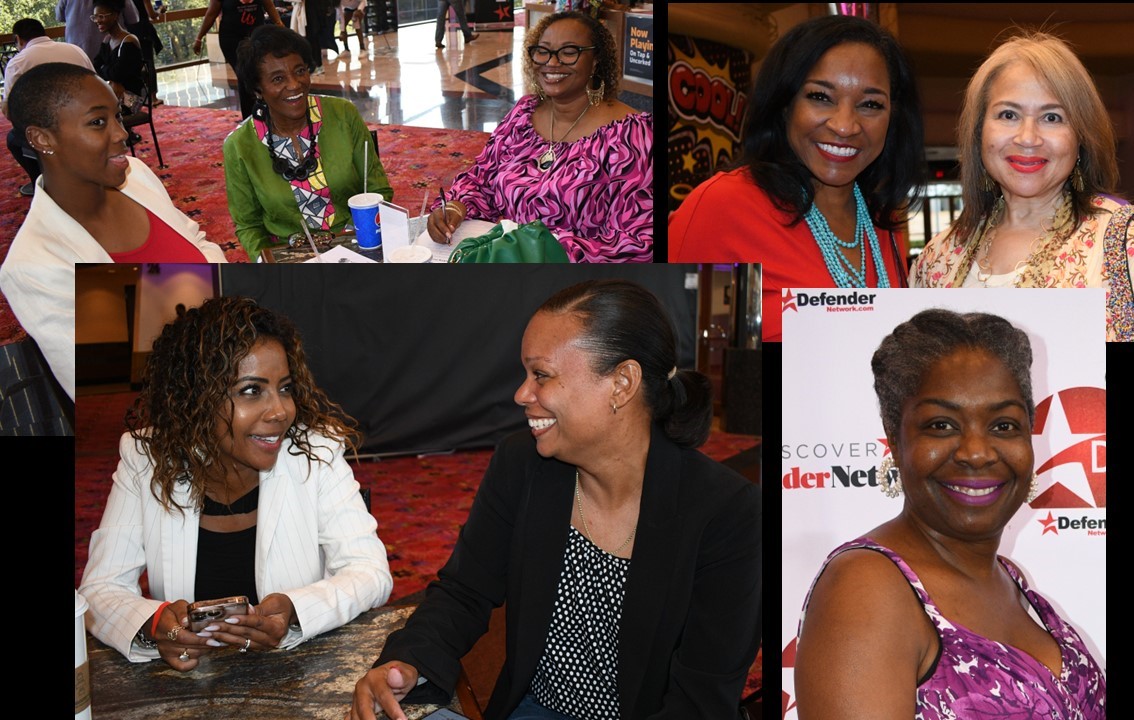 The phrase “most important election of our lifetime” has been used for seemingly every election over the past 14 years. The crazy thing is, each pronouncement has been correct. And so it is again with our citizenship (ability to vote) literally hanging in the balance of November elections in Texas and elsewhere.

And when US democracy is in trouble, people don’t call Ghostbusters, they call Black women, the demographic that has time and again made the difference in elections near and far.

That being said, the Defender asked several attendees at the recent premiere screening of “The Woman King” for their take on the upcoming election, and their personal efforts to get out the vote. Here’s what they had to say.

WHY IS THIS NOVEMBER’S ELECTION IMPORTANT?

It’s very important because of the issues at hand. You have abortion laws here. You have immigration, our economy. So, it’s very important we get out to vote; to get out our young people. They’re trying to redistrict our area. We wanna make sure we get representation for the current people who live in the community. We don’t want redistricting. It’s a lot of things. It’s very, very important. (Carol Rosenborough)

We have a lot of key issues that need to be addressed. When it comes to voting rights, that’s still something that is important that still has been attacked through several states, especially the Southern states. Also, we need to be able to have control of the US Senate. And the local elections are also important because that’s how we’re able to change and flip the color of our state. It’s also important because on the local level, that’s where it affects our community the most. So, both elections are important. Also, abortion rights. It doesn’t matter where you stand on it, but there are issues that I feel like need to be addressed when it comes to abortion rights. Because I feel like everybody should have the opportunity to make their own decision and choice of what they would like to do with their bodies. (Chandra Thornton)

This upcoming election is so important because women’s rights have been put on the referendum. Pro-life, pro-choice, it is my choice what I choose to do with my body. And we need to make sure that we vote so that we can have a choice. Because our choices are being taken from us by those in power who have no right to make a decision about my body. (Felicia Pichon)

I think it’s important because it’s a midterm election. It’s typically hard to get voter turnout during midterm elections. I think that’s when one party is able to capitalize off the other party’s complacency. (Candace Blue)

I think women should have a right to do whatever they want with their bodies. (Kiara Windon)

One of the issues that I have is gun violence, especially for our young Black males. I have two young grandsons, and I’m very, very interested in being sure that they’re taken care of. I’m a preacher, I’m a teacher, I’m an educator and I’m a grandma, and very concerned about them and their wellbeing and their education. (Cloria Thornton)

It’s important because so much is changing. And if we don’t really help our kids understand the importance of voting we will definitely come up short in this country. (Tobin Hawkins)

The lack of abortion access in the state of Texas, and the way that law was written where it put even the person that would drive someone somewhere to get an abortion in jeopardy. Given that’s one of the things, the treatment of persons seeking asylum is a thing for me. This disparity in the health system. The disparity in the educational system; like some schools get large amounts of money from the state and others

We talk and say we want change, but then we’re not doing anything about it. If you want to see a change, be the change and get up and go out and vote. We can’t give up just because things are not going our way. If everybody gave up back in the day we wouldn’t be where we are now. So, we’ve gotta keep pushing forward and keep fighting for what we want, and keep trying to make that change happen. (Latasha Herndon, Ph.D.)

WHAT ARE YOU DOING TO GET OTHERS TO VOTE?

I’m a Top Lady. We encourage voting. We make sure people are registered to vote. We have registration polls to get our young teens to register and vote; the ones that are 18 years old. We do a lot of stuff. And I personally encourage my family members. I send out text messages: “Are you registered to vote? These are the deadlines to register. These are early voting [dates].” Sometimes, we even drive people to the voting polls. So, we do a lot to make sure people get out and vote. (Carol Rosenborough)

I am hosting an event, “Sisters Thrive Toward the Peak,” and we will be out there telling everybody to vote, vote, vote. (Felicia Pichon)

What we do is we’re making sure that all the young people that I know are out there. We’re polling them. Organizations like Top Ladies of Distinction, the sorority Alpha Kappa Alpha, Incorporated, we have things and initiatives that we have to go out and get people to vote. We have voter drives and all that. We also make sure that we get our young people and our family out to the polls personally. (Chandra Thornton)

I’m a professor, so I have access to all of these young folks. So, I’m talking about it; talking to these young folks about what is it that they want and how do we make this change and just making sure they’re getting up and doing their part. (Latasha Herndon, Ph.D.)

We (Top Ladies of Distinction Incorporated, Lake Houston chapter) are doing volunteer work. And a part of what we do is work with NAACP and others. We’re part of Michelle Obama’s initiative. And in Northeast Houston, we’ve already started getting people out to vote. Whatever they need, information, ride to the polls, sample ballots, whatever it is that they need, we’re there to provide that. (Emelda Douglas)

I’m a poll worker. I work the poll and I’m working very hard to get my young grands to vote. I have a granddaughter in Howard and I have to be sure that she’s able to vote in the election coming up, to be able to get her ballot in so she can vote and get rid of Trumpisms. (Cloria Thornton)

I’m sponsoring fundraisers for various community service leaders who we know. I’m volunteering to help them make phone calls. I work the polls for them to get people to go out and vote, as well as I’m, I’m deputized and especially working to get our 18-year-olds and our young adults registered to vote as well. (Candace Blue)

I talk to people about voting, because lots of times people think of voting as “Oh, we vote for the president and we just do that; so, since they’re all the same, I’m, not going to vote.” But I’m like, “No.” The reason that you vote is if you don’t vote they will get pulled over by the police and you get a trumped-up charge. That judge that you go before, if you don’t vote, you may get the latest Republican iteration of Jim Crow. (Rev. Darla Broden)

Harris returns to South Carolina to boost voting in midterms

Gen Z, millennials speak out on reluctance to become parents