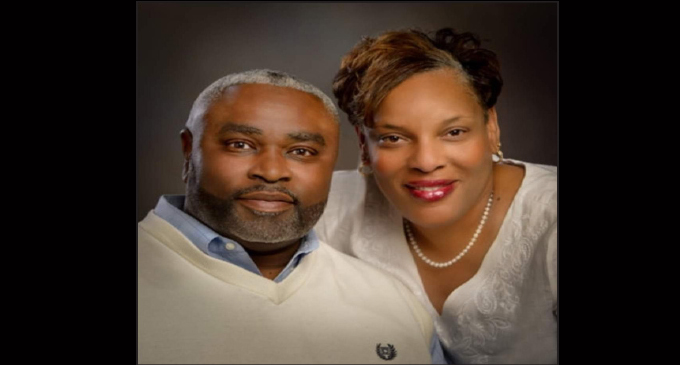 One of the core values Whole Man Ministries keeps close to their heart is outreach. For years, the church has been living outside the walls by giving back to an often forgotten segment of our community, which are our military veterans.

For years, the church has been assisting veterans with their housing needs and tomorrow, on Veterans Day, they will host a Veterans Day event at the current home they are renovating on Thurmond Street from 10 a.m. to 1 p.m.

“On Veterans Day we invite our veterans out and we have lunch for them and normally we have a speaker,” said Bishop Barry Washington, senior pastor of Whole Man Ministries (WMM). “We would bring a general in, or somebody like that. I don’t think we are going to bring one this time.

“We are going to invite some veterans over and the public over and walk through and take a look at our newest home for a veteran. We will also have some Chic-fil-A there for those that are attending. It’s just a small lunch for them.“

This event is open to the public and any veteran who would like to attend. The renovations on the home are not completely finished, but Washington is eager to show the progress they have made since starting on the home during the summer.

“We are not completely finished and we will have some pictures of the house from when we first started and then be able to see where we are now,” Washington said. “We are just going to allow everybody to go through it and tour it.”

WMM started renovations on the home during the summer and according to Washington, the goal was to be finished by Veterans Day. He says due to funding and other issues, they are a little behind schedule and will not meet that goal.

“It’s coming along great,” he said. “I thought we would be finished by Veterans Day, but we are not quite finished.  We are probably one month out from being finished.”

Washington stated the major reason for the holdup in construction is that some of the skilled professionals had to wait on other parts of the home to be finished to do their work. Also, certain things could not be continued until inspections were made.

Washington also partnered with pastor Jeff Dowell of Bondage Breakers Ministry once again for this project. Dowell brought individuals from his program to volunteer at the construction site doing light work.

They have not selected a veteran who will receive this current reconstructed home and are in the process with several veterans’ organizations to select the perfect candidate. Washington says he can’t wait for the veterans in attendance to see the progress they have made on the home.

“I am going to be really happy because those two houses have changed the community and the neighborhood completely,” Washington said. “Now I see one or two houses that are trying to spruce their houses up a little bit, and I think the whole community has benefitted from it. But more than anything, we know that our veteran community is benefitting from it.

“I am happy to bring a project to an end and put another veteran and his family in this place and out of the cold. That right there brings me the most joy, because with a house, it gives that veteran a little bit more independence, a little bit more confidence and actually a springboard to do other things, like buy a car or just stabilize their life.”

Washington and WMM are not stopping. They are looking into a property with four units that will not only help veterans, but they have the space to build more units to help low income families as well. He says it’s a big project and needs the help from anyone and everyone.

“I am intentional when it comes to this project because I am hoping, by the grace of God, if possible, we can take and renovate these four units and build eight more units on this property to get them out of the cold and into a warm house.”

Pastor Camilla Washington, wife of Bishop Washington and associate pastor of WMM, says they have been blessed to be able to share their vision of helping veterans and low-income families with the city of Winston-Salem. She is making a call to the citizens of the Triad to lend their helping hands to their new project, because it’s needed.

“One of our oldest sons was a Marine, and I guess I shouldn’t say former because I understand that once you are a marine, you are always Semper Fi. So when he came home from the Marines, he lived with us for awhile, while others come home and they have a lot of problems and issues and are not accepted back into the community,” said Pastor Camilla Washington.

“They don’t have anywhere to go, so now what we have been blessed to be able to do is to have these veteran homes where they can have a place to cover their heads. I am thanking God that Whole Man Ministries has been pivotal in doing something great for the community. And it’s not just us, it’s the whole entire community, because when you take a veteran off the street and give him a home, you’re making a big difference in his life and then he becomes active in the community and feels like he has purpose.”

Washington wanted to give a special thanks to the Forsyth County Commissioners, Home Depot Foundation, and Truist Charitable Foundation for their contributions to the project. He also wanted to thank the many churches that sent volunteers to lend a helping hand as well. That assistance helped fast track the renovations on the home and will get the veteran in the home much faster than any other build they have had in the past.

Local promoters have something for the grown-up and sexy...

Teaching scholars the love of reading

Where Is the “Fair Share” for Black Businesses? A GDN Exclusive

Open forums bring the candidates to the people