‘Let the World See’: Emmett Till and Mamie Till-Mobley exhibit opens at the children’s museum

The Children’s Museum of Indianapolis opened the “Emmett Till & Mamie Till-Mobley: Let the World See” exhibit to bring more awareness to those who don’t know the full or true story of 14-year-old Emmett Till, a victim of racial violence in 1955 in the Jim Crow South. The post ‘Let the World See’: Emmett Till and Mamie Till-Mobley exhibit opens at the children’s museum appeared first on Indianapolis Recorder. 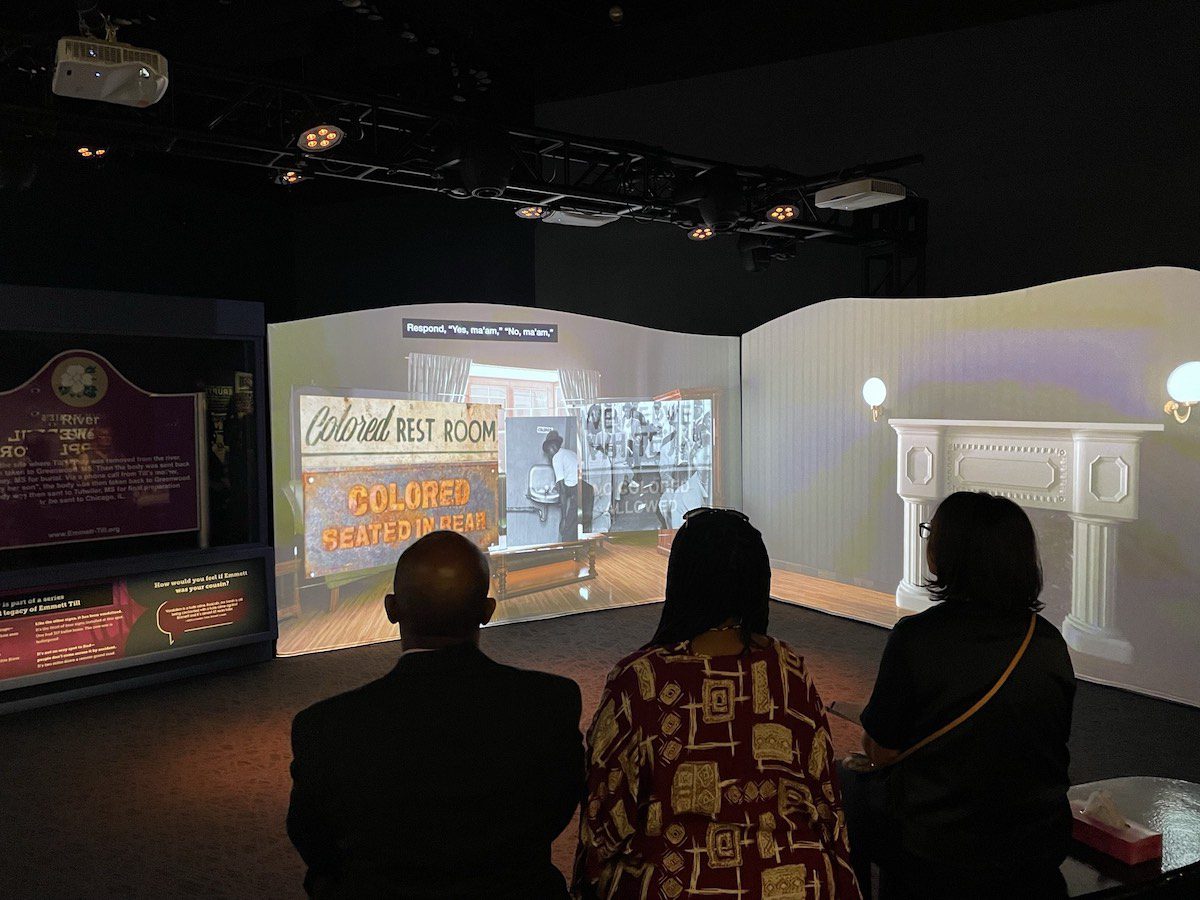 The Children’s Museum of Indianapolis opened the “Emmett Till & Mamie Till-Mobley: Let the World See” exhibit to bring more awareness to those who don’t know the full or true story of 14-year-old Emmett Till, a victim of racial violence in 1955 in the Jim Crow South.

The exhibit opened to the public Sept. 17, following a heartfelt opening program and exhibit preview Sept. 16.

“The people, especially the children, who see this exhibit will have their hearts and minds opened,” Patrick Weems, the executive director of the Emmett Till Interpretive Center, said at the exhibit’s opening program. “The children are our hope for the future, and this exhibit will inspire them to lead the change to make our world a better place.”

Till’s story is one many have heard before: Originally from Chicago, the Black teenager had been visiting family in Money, Mississippi, when he was kidnapped from his great-uncle’s home, tortured and brutally murdered by Roy Bryant and J.W. Milam for whistling at a white woman in a grocery store. Both men were arrested for Till’s murder but later acquitted by an all-white, all-male jury in 67 minutes.

The reason this exhibit exists today, as well as the reason Till’s story continues to spark public outcry, is due to the decision Till’s grieving mother, Mamie Till-Mobley, made to have an open casket funeral. She wanted the world to see what had been done to her child, and nearly 100,000 people witnessed Till’s body at the A.A. Rayner Funeral Home and the Roberts Temple Church of God in Christ on Chicago’s South Side, according to the exhibit.

“When Mamie Till-Mobley first took a stand in 1955, she must have been so alone,” author and journalist A’Lelia Bundles said during the opening program. “But her bravery empowered others and sparked a movement.”

Rev. Wheeler Parker Jr., Till’s cousin who had traveled from Chicago with him, was 14 years old at the time of Till’s kidnapping and murder. During his keynote speech at the program, Parker said he was “the scaredest I’d ever been” the night Till was taken, and hadn’t done anything heroic, just lived to tell the story.

Here are a few things to keep in mind if you visit “Emmett Till & Mamie Till-Mobley: Let the World See.”

Is the exhibit suitable for my child?

The Children’s Museum of Indianapolis cautions the exhibit is suitable for families and children 10 years and older. Family guides are available at the entrance of the exhibit that include information regarding things they will see and learn about inside as well as the emotions they may experience.
Content in the exhibit, such as photos of Till’s body published in Jet Magazine in 1955, have sensitive content warnings on them.

Is the exhibit hands-on?

The exhibit features many points where guests are encouraged to interact with different parts of Till’s story, whether it be with photos, short video clips, an audio clip of Rev. Parker’s firsthand account and court room sketches from the trial. The museum encourages guests to remain respectful of these artifacts and the serious nature of the exhibit.

How long is the exhibit?

In total, the exhibit takes approximately 20-30 minutes to go through. Each part of the exhibit features a descriptive account of Till’s story in chronological order with photos, audio and videos. The exhibit also includes a small viewing theater that plays a 10-minute video telling Till’s full story on a loop.

In the viewing theater, guests will find one of the four vandalized signs marking the site where Till’s body was removed from the Tallahatchie River. The sign, which is on loan from the Emmett Till Interpretive Center, is one of many that have been placed as a historical marker at the river.

The original sign was placed in 2008 but was replaced in 2009 after being stolen and thrown in the river. The sign has been replaced four times, the last of which lasted 35 days before being shot again, Weems said at the opening.

Toward the end of the exhibit is an area for the Mamie Till-Mobley Ripple of Justice. Guests are encouraged take a stand against racial injustice by having conversations, getting involved with local initiatives and contacting city officials by making a plan on interactive screens.

The exhibit also features an area dedicated to Indiana’s Connection and the state’s history of racial violence in addition to its push for progress, including the drive for the 1931 Indiana Anti-Lynching law, National Black Caucus Conventions and Black Lives Matter protests.

Following its run at the museum, the exhibit will tour to the Birmingham Civil Rights Institute and five other national museums before becoming a permanent installation at the Emmett Till Interpretive Center in Sumner, Mississippi.

“Emmett Till & Mamie Till-Mobley: Let the World See” is open to the public Tuesday through Sunday from 10 a.m. to 5 p.m. through Oct. 30. Tickets for the exhibit are $21 for adults and $17 for youth and can be reserved at childrensmuseum.org.

The post ‘Let the World See’: Emmett Till and Mamie Till-Mobley exhibit opens at the children’s museum appeared first on Indianapolis Recorder.

Shackleford: Improving literacy in our community

‘It takes a lot of energy and will’: Parents of Herman...