By Chianti C. Cleggett For The Birmingham Times As the local government and community reporter for WBHM 90.3 FM Birmingham, and a native daughter of the city, Cody D. Short sees her responsibility as more than to deliver the news. “I’m personally invested in what happens to the people who live in Birmingham,” she said. […] 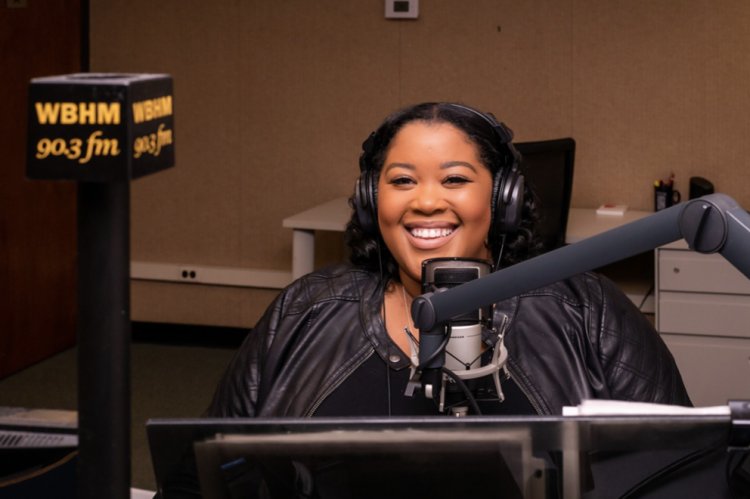 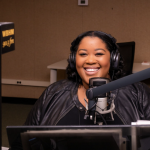 By Chianti C. Cleggett
For The Birmingham Times

As the local government and community reporter for WBHM 90.3 FM Birmingham, and a native daughter of the city, Cody D. Short sees her responsibility as more than to deliver the news.

“I’m personally invested in what happens to the people who live in Birmingham,” she said. “I have a lot of roots in Birmingham. Both sides of my family have been here for generations. I’ve been able to experience life here from multiple facets.”

That experience has led to Short’s new podcast, “You Done Came Up,” which will include interviews with notable names. She also plans to be part of the “buy back the block” movement that entrepreneurial-minded professionals are leading around the nation. “I want to invest in Birmingham. I want to be one of those stakeholders to help elevate Birmingham’s visibility.”

Short, 30, was born in Birmingham, but grew up mostly in Double Oak Mountain which is in Shelby County.

Her parents encouraged her to take public transportation and she did from the Walmart on 280 to the main bus station downtown where she would walk to the Alabama School of Fine Arts (ASFA) for a summer program. Her well-rounded experiences included traveling to Germany with Sixth Avenue Baptist Church and exploring different cities, like New York, on family vacations. She also attended a summer camp in Ensley and was a member of Jack and Jill and served as a debutante. “I’m grateful that my parents kind of pushed the bounds of what my experiences in life could be, because I feel like it broadened my mindset,” she said.

Short has worked for WBHM for nearly two years, but her on-air journey began in college. For the summer prior to her senior year at Tuskegee University, Short landed an internship with 95.7 JAMZ. “That was when I fell in love with radio,” she recalled. She was devoted to learning everything about radio, and even discovered podcasts.”

Except, one thing. When it was time to find that coveted first post-college position, it was a tech company that came calling.

“I knew I wanted to work in radio. But I wasn’t guaranteed that I was going to get a job.” Both her parents encouraged her to take the position and accept the offer. She couldn’t argue with the great salary or the opportunity to live in Texas.

“Once I started the job, I knew within a month that I hated it.” recalled Short, who remained in Austin for three years. “I felt like I was wasting my life away.” So, in 2018, at age 26, she took a ‘leap of faith’ and returned to Birmingham. “…To live the life I wanted, I had to leave [Texas],” she said.

Short continued, “I don’t feel like there are any mistakes in what happened…Leaving your comfort zone and learning about yourself outside of your safety net, I feel like is very, very crucial in understanding who you are as a person.”

Others, however, saw her move as a bad decision. “A lot of people didn’t understand why I would leave a great-paying job to come back home and struggle. I had $6,000 in my savings account and I moved back in with my dad.”

Within a week of returning home, she was writing for the digital platform Bham Now and also worked part-time at 95.7 JAMZ and took a position at ULTA Beauty. She continued producing CoCo’s Tea, the blog and podcast she had created in college. During the pandemic in 2020, she even interviewed musical artists Chloe and Halle, and had part of her interview on Instagram Live go viral. Her heart was content. Until it wasn’t.

“There were a lot of great things that I was able to do at JAMZ. “I really had the chance to develop my skill and increase my brand visibility,” she said.

Short had been at the station for around three years and found other positions, including becoming a producer at ABC 33/40, before landing with WBHM in 2021. “Getting the job at WBHM is when I really felt like, my dues are paid off,” Short said. But there was an adjustment: She found an audience that included many who didn’t look like her.

“There are a lot of Black people I know who listen to the station . . . you can’t ignore 75 percent of the population that lives in the city. You have to be willing to cater to them and embrace them and bring them into your audience.”

More than telling the stories, Short’s goal is also to empower the community. “Unfortunately, a lot of Black people are not educated on how government works. So, I also like to produce stories about what is happening and why, and this is who you should be holding responsible.”

In 2021, she completed two stories of note: One was about the history and future of Legion Field. The other, a celebration of Birmingham’s then-150-year history and the families who have been long-time residents. “I was able to profile my own family, [which] has been in Woodlawn for over 100 years. I talked to my grandfather and his brothers about growing up here.”

Short lives on her own again and has since she retired the podcast and blog, but continues CoCo’s Tea Media and she feels more settled now.

“The job I have at WBHM is a really good one. WBHM has allowed me to have stability in my life and career. I’m 30 years old now and not necessarily in a rush to give up that [stability] again.”

Who will get to perform on The World Games Plaza in Birmingham?

Meet The ‘Full-Time Grandmother’ in Birmingham And Her...

What’s Next For Celebrated Pastry Chef Dolester Miles Who...

Bishop Jim Lowe was 11 at Time of Church Bombng. Here’s...