Houston Rockets Draft Picks Look to Turn It Around

The Houston Rockets add three new pieces to their infant roster that looks to make strides after having the worst record in the NBA last season. With the third overall […] 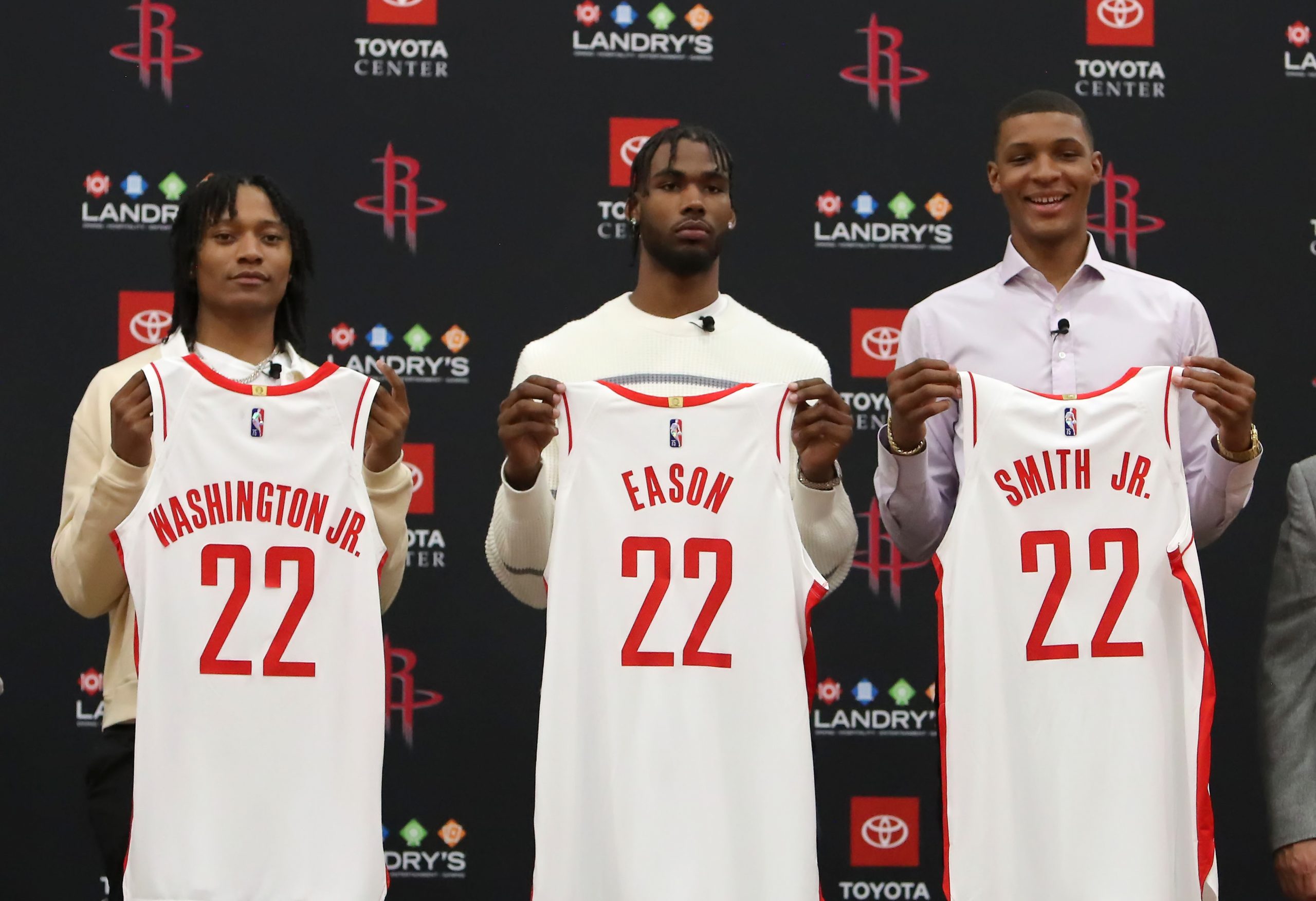 The Houston Rockets add three new pieces to their infant roster that looks to make strides after having the worst record in the NBA last season.

With the third overall pick in the 2022 NBA Draft, the Houston Rockets selected one of the most talked about players coming into the Draft, freshman Jabari Smith Jr. from Auburn University.

Smith Jr. is a 6-10 scoring machine that has shown flashes of excellence on the defensive side of the court.  Many believed it to be a no brainer Smith. Jr. would be the number one overall pick in this year’s draft, however, fortune swung the Houston Rockets way landing him at the number three pick.

“I don’t care if I was picked third or picked 52.  Anyway, I am happy to be here.  Happy to be with this organization, and of course I will use it (being picked 3rd) as a tip on my shoulder.  But at the end of the day all of that is behind me.” Smith Jr. stated at his introductory press conference.

When Rockets general manager Rafael Stone was asked about what made him pull the trigger on Jabari at number three, GM Stone stated,

“I think Jabari is unique.  I don’t remember who asked me, but someone asked me to compare him to existing NBA players last night and I can’t.  I think he is really unique and I don’t remember seeing anybody with his size and his combination of defense, and shooting.”

The Rockets selected Louisiana State University 6-8 wingman Tari Eason with the 17th overall pick.  Eason is your prototypical 3-and-D player that every team wants and can never have enough of.  Cincinnati transfer Eason made his mark at LSU coming off the bench as a sophomore, earning him All-SEC First Team and Sixth Man of the Year honors.  On the defensive side, Eason recorded multiple steals in 20 of his 33 games played at LSU and was named one of the 10 finalists for the Naismith Defensive Player of the Year Award.

GM Stone breaks down the assets he sees Eason bringing to the franchise when Stone said,

“His motor is exceptional.  His physicality, his speed, and his ability to impact the game offensively in transition, off the boards and shoot it.  But really defensively I think he just gets after it.”

The final pick that the Houston Rockets selected in the first round was none other than the University of Kentucky freshman point guard TyTy Washington Jr., the first point guard drafted under Rafael Stone’s administration as general manager.  The 6-3 combo guard Washington Jr. is a playmaker that can score and facilitate.  In his game against the University of Georgia, Washington Jr. broke John Wall’s single game record for assists at Kentucky with 17 assists.  TyTy also led the entire SEC conference in assist-to-turnover ratio as a freshman.

Notable Awards: 5x SEC Freshman of the Week, University of Kentucky Assist Record in A Game (17).

A Passionate and Driven Leader