While the COVID-19 pandemic and 2020 election seemed to be the only headlines during the monster year that was 2020, the city and state experienced several other big stories worth remembering. 2020 Election saw record voting    Texans showed up and showed out at the polls in 2020. From the March Democratic primary long lines on […] The post HOUSTON DEFENDER 2020 Year in Review: Top Local and State stories appeared first on DefenderNetwork.com. 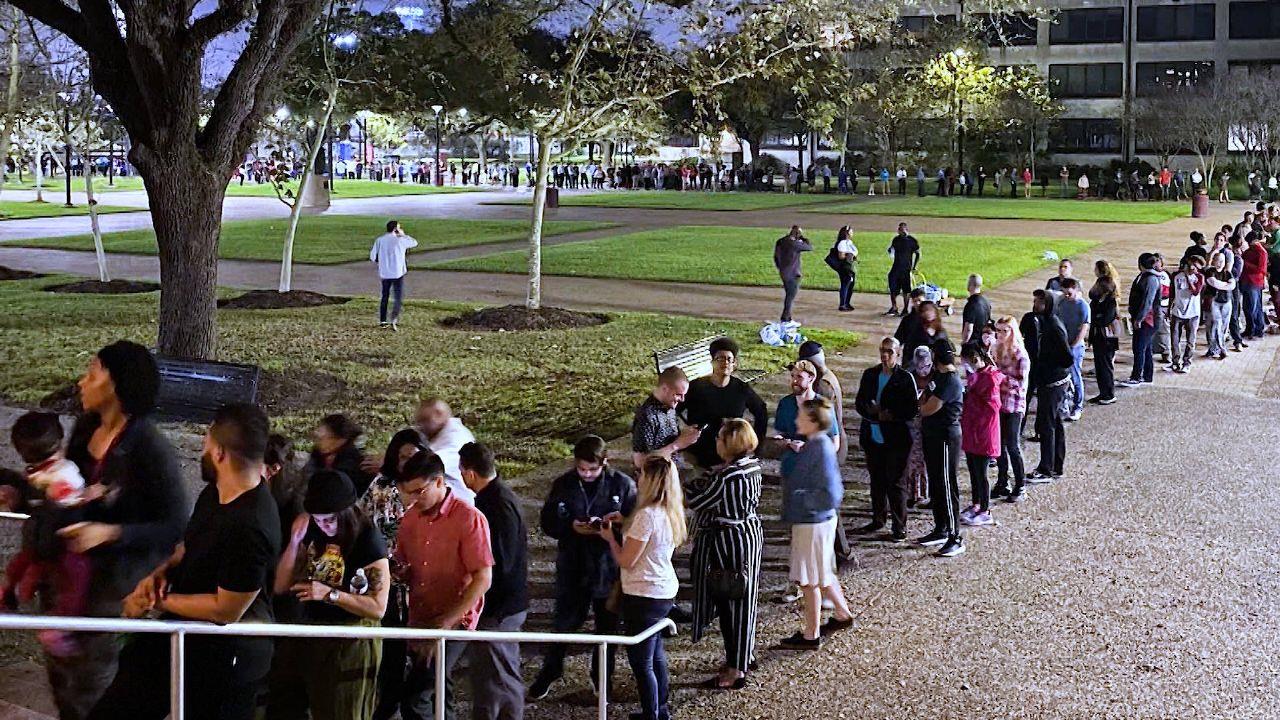 While the COVID-19 pandemic and 2020 election seemed to be the only headlines during the monster year that was 2020, the city and state experienced several other big stories worth remembering.

Texans showed up and showed out at the polls in 2020. From the March Democratic primary long lines on the Texas Southern University campus making cable news programs to the record-breaking turnout in November, voting was on and poppin’. So too were then Harris County Clerk Chris Hollins and County Judge Lina Hidalgo. Their leadership made voting as easy and accessible for voters as possible, despite the pandemic, state efforts to block mail ballot requests to voters and attempts to invalidate over 100,000 legally cast votes. Still, the record turnout wasn’t enough to turn Texas blue as many Democrats hoped.

Austin Lane out as TSU president

TSU’s Board of Regents moved to oust the school’s president, Dr. Austin Lane. As quickly as that news spread, students, alumni and many TSU staffers formed the “Team Austin” coalition that sought to sway the regents and Gov. Greg Abbott to retain Lane as TSU’s leader. Eventually, regents offered Lane a contract buy-out that allowed him to avoid any culpability for an admissions scandal regents said was the reason for their move to remove him. End result: Lane left TSU and eventually became the chancellor of Southern Illinois University, while several regents resigned, citing the board’s working environment as off mission. Kenneth Huewitt was named interim president.

Though the murder of Fort Hood soldier Vanessa Guillen made national news, what was not common knowledge was the base suffered 26 deaths in 2020, including six suicides, five homicides, eight accidents and five deaths of yet determined causes. After months of seeming inaction, the U.S. Army fired or suspended 14 Fort Hood officers and enlisted soldiers and ordered policy changes to address chronic failures of leadership that contributed to a widespread pattern of violence, including murder, sexual assault and harassment. A congressional investigation was recently held to examine the deaths and the Fort Hood culture that led to them.

2020 was a banner year for Prairie View A&M University in terms of receiving monetary gifts to fund the school’s mission and programs. PVAMU received $50 million from philanthropist Mackenzie Scott, making it the largest individual contribution the school has received and increasing the school’s endowment from $95 million to almost $130 million, the largest among HBCUs. The school also received a $10 million anonymous gift among other major gifts. TSU enjoyed some victories as well, including being named an HBCU COVID-19 testing hub thanks to a $25 million donation, and a $100,000 commitment from the Texas Bankers Foundation for TSU’s new banking program.

After two years of maintaining his innocence, one of Houston’s most revered religious leaders, Kirbyjon Caldwell, pastor of megachurch Windsor Village, pled guilty to defrauding people of millions of dollars using phony bonds. Caldwell faces between five to-seven years in prison, a fine of up to $250,000, and up to three years of supervised release. Caldwell’s co-defendant, Shreveport investment advisor Gregory A. Smith, was sentenced to six years in federal prison. Caldwell still awaits sentencing, while continuing to serve his congregation and the Houston community in powerfully positive ways.

There’s no way to fully encapsulate the local impact of the COVID-19 pandemic. Along with healthcare workers and hospitals pushed to the brink, the conflict between keeping Texans safe and keeping the economy from dying, led to what the Trump White House even called a “too soon” Texas re-opening. Making matters worse was the move by  Abbott to strip Mayor Sylvester Turner and Hidalgo of their authority to make decisions they felt were in the best interest of keeping Harris County residents safe. Still, several local and state officials became regular national voices on COVID-19 discussion.

The economic impact the COVID-19 pandemic had on Texan businesses has been devastating, yet felt most keenly by Black-owned businesses. Though many experienced PPP funds coming late if at all, and others had to close their doors for good, other entrepreneurs managed to thrive amid the madness. Kim Roxie received multiple national awards for business excellence. Tiffany Williams, CEO of Twice Media Productions, was named National Supplier of the Year by the National Minority Supplier Development Council. Publicist Misty Starks’ company, 3B Resource Group, made Forbes’ America’s Best PR Agencies for 2021 list. Third Ward native Khairi Sharif opened the first area Black-owned drive-in theater (Space City Shows). The husband-and-wife team, Kim and L.J. Williams, placed their product, Jinka, in 31 area H-E-Bs.

While the death of Houston native George Floyd made international headlines, Texas in general, and Houston specifically, continued to add to the national roll call of Blacks killed by law enforcement. Here are some of the individuals whose names didn’t receive national attention: Joshua Johnson, Adrian Medearis, Joshua Feast, Darius Tarver, Damian Daniels, Darrell Zemault and Jonthan Price and Pamela Turner, who was killed in 2019 but whose case continued to make local news deep into 2020. On this issue, Black Lives Matter Houston member Ashton Woods said, “Just because we’re in the middle of a pandemic, just because we have multiple things going on, accountability does not stop.”

Though school districts nationally faced challenges due to the pandemic, HISD often stood out for all the wrong reasons. When all of the board’s non-Black members voted in 2018 to replace interim Superintendent Dr. Grenita Lathan with former HISD Superintendent Dr. Abelardo Saavedra, a Black/Brown divide was revealed. The 2020 decision not to offer Lathan the superintendent position brought that divide back into view. Despite the multiple schools that experienced profound, positive turnarounds, the 2020 national trend of students failing at record rates, HISD’s 42% of students with Fs was a bullet point on multiple national news reports.

Considering America’s racism, should I accept the COVID-19 immunization?

FREE! Bill Cosby released from prison due to technicality