Homeless and Transitional Housing Center To Open in Smithfield

By Ryan Michaels  The Birmingham Times  A ribbon cutting for a new homeless shelter for youth that will serve as a “safe haven” and offer services was held Thursday in Smithfield.  The  Way Station, which received $1.3 million from the city, is a project spearheaded by AIDS Alabama  and will give young people the protection […] 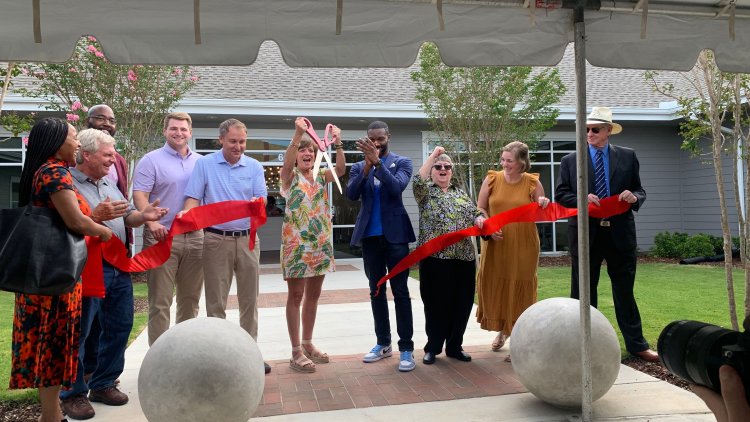 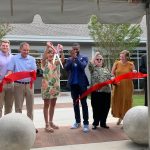 A ribbon cutting for a new homeless shelter for youth that will serve as a “safe haven” and offer services was held Thursday in Smithfield.  The  Way Station, which received $1.3 million from the city, is a project spearheaded by AIDS Alabama  and will give young people the protection they need “at the most critical and vulnerable moments of time is critical to all of us,”  said Birmingham Mayor  Randall Woodfin.

“Our young people are our city’s most precious resource…but there has to be more than words behind that statement. … There has to be action, and this is proof of actual action,” he said.

Operation of the Way Station, which is still seeking donations, is expected to begin this fall.

Beyond just providing a place to stay, the facility also includes a staffed on-site kitchen, laundry area, medical area, a courtyard and numerous other meeting spaces.

“Our board of directors, a long time ago, had the foresight to realize that we can’t end HIV as an epidemic if we only focus on HIV because if a person is homeless, there’s a whole lot better chance they’re going to end up with HIV than someone who’s not homeless,” Hiers said.

“And we all know that young people, particularly, have a lot of challenges, especially when they’re on the street, whether it’s trafficking or drug use or whatever,” she added.

Housing is health care, Hiers said, because “it’s sure hard to take care of yourself if you don’t have a safe, decent, affordable place to call home.”

Caroline Bundy, director of development for AIDS Alabama, said she first came up with the idea back in November 2017.

“I don’t think any one of us at that time had a feeling it was gonna lead us to this. I can safely say that I didn’t think so,” Bundy said.

To an audience of city and nonprofit leaders, social workers, donors and others, Bundy said there was one thing bringing together everybody in attendance at the ribbon cutting.

In transitional housing, the youth residents may stay for a period of up to two years and work with social workers to find jobs, complete education and find affordable housing. Residents in the transitional housing program will be referred by One Roof, the homeless continuum of care agency for Jefferson County.

For the temporary shelter program, the Way Station has 10 semi-private rooms each for men and women residents. Each room has a window, a bed and storage.

For more information on the Way Station, visit https://www.aidsalabama.org/thewaystation.

Come One, Come All as The World Games 2022 Begin

“It doesn’t make sense. People need to start thinking about...