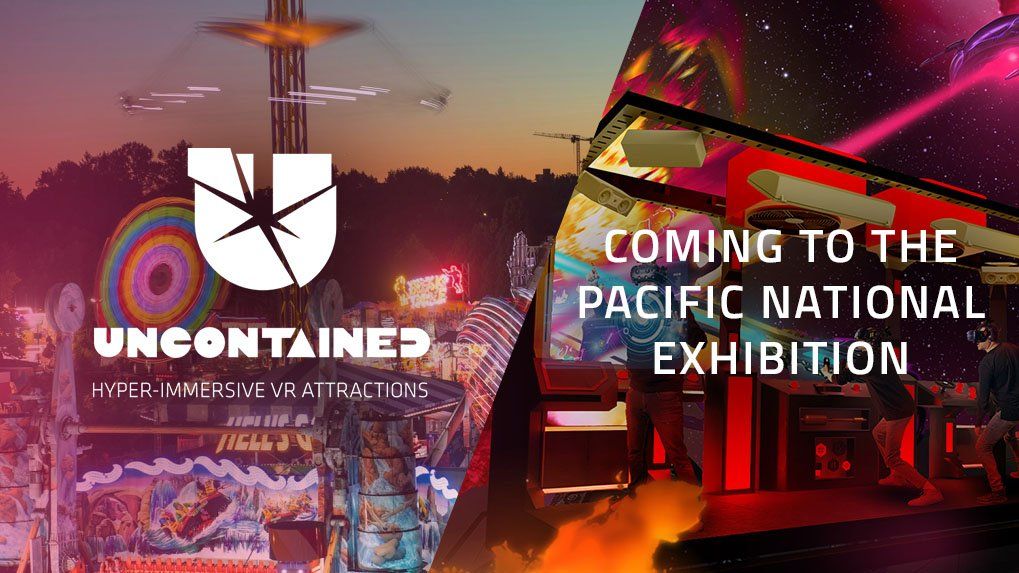 Uncontained will debut July 7 at Playland Amusement Park, one of British Columbia’s most popular family attractions.

The goal of the collaboration with Playland is to give park visitors a sneak peek at Uncontained and its flagship game, Deep Signal. Guests at Playland will be able to enjoy hyper-immersive elements, such as heat and cold environmental effects, haptic feedback on consoles and rumble/motion floor, as well as the world’s first XR spatial audio system.

This complete game experience is one-of-a-kind in terms of technological and gameplay aspects It is appropriate for deployment anywhere with the equivalent of five parking spaces, whether it’s an outdoor or indoor standalone application.

Visitors of all ages go to Playland Amusement Park and the PNE Fair from across British Columbia and elsewhere. The PNE, which opened in 1910, is home to Playland, Canada’s oldest amusement park, as well as the Playland Wooden Coaster, one of the world’s best heritage roller coasters.

The venue will also play host to the province’s largest ticketed event: the annual Pacific National Exhibition in Vancouver, which runs August 20-September 5.

“We are excited to welcome the debut of XR Immersive Tech’s Uncontained attraction at Playland and the Fair this summer,” says PNE spokesperson Laura Ballance. “We are optimistic that our guests will appreciate the technology and next-generation experience.

The company bills it as the “first-ever standalone plug-and-play VR attraction, complete with the most advanced physical effects and built-in COVID safety measures, all within a custom 40-foot container.”

XR Immersive Tech builds experiences on its platforms for some of the world’s largest companies, including Intel, Bayer, Capital One, Scotia Bank, the U.S. Food and Drug Administration and Allegiant Airlines.

“As a native Vancouver firm, we see the iconic Playland Amusement Park as a great fit,” said CEO Tim Bieber. “It’s not only one of Canada’s oldest and most famous amusement parks, but it’s also a site where we anticipate to hear a lot from our own extended community.

“I’m thrilled that Uncontained will have the opportunity to meet the rest of the globe in a place so dear to me. Similarly, I am supremely proud of our team, many of whom call Vancouver their home.”

Produced in association with MetaNews.