By Donald Hunt For The Birmingham Times Miles College will host Valdosta State, one of the top Division II teams in the country, on Saturday, Sept. 17 at 6 p.m. The Golden Bears will be looking for its first victory of the young season, coming off two straight losses to Alabama State and West Alabama […] 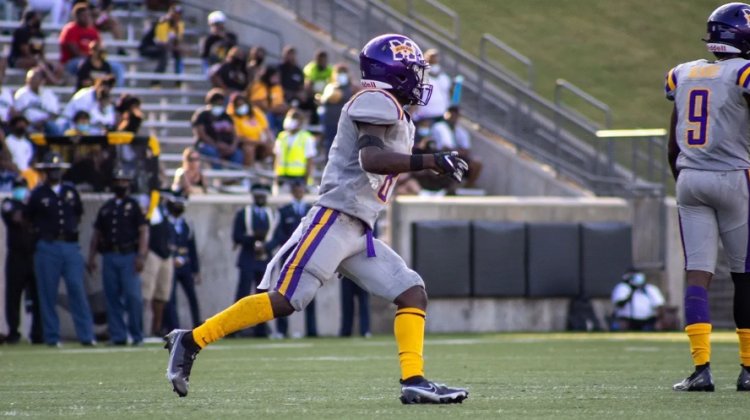 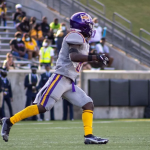 For The Birmingham Times

Miles College will host Valdosta State, one of the top Division II teams in the country, on Saturday, Sept. 17 at 6 p.m. The Golden Bears will be looking for its first victory of the young season, coming off two straight losses to Alabama State and West Alabama respectively. The Golden Bears have given up 52 points in two games, an average of 26 a game, which they can’t afford to do against Valdosta.

The Blazers are (1-1) and was rated No. 2 in the Division II rankings until Virginia Union posted a 45-40 upset. VSU is currently rated 15th nationally according to the latest American Football Coaches Association (AFCA) Division II poll.

Miles College was the preseason favorite to win the Southern Intercollegiate Athletic Conference (SIAC) West Division and entering its third consecutive non-conference game. Miles College would like to begin regular season play on a high note and a win over Valdosta State would do that.

Miles head coach Sam Shade will need a strong effort on both sides of the football. Offensively, the Golden Bears biggest threat appears to be wide receiver Marcus Lodge who can catch and make plays in the open field. On defense, Roosevelt Thompson is a great run stopper at defensive tackle. Linebacker Austin Brundidge can play the run as well as the pass.

In other SIAC action, Tuskegee University (0-2) will play West Alabama (2-0) on the road Saturday, Sept. 17. The kickoff for this non-conference game will be at 2 p.m.

Running back Donte Edwards and wide receiver Keynon Webb have been the Golden Tigers best offensive players this season. Edwards has rushed for 117 yards on 34 carries. Webb has caught 10 passes for 103 yards and one touchdown.

In the Southwestern Athletic Conference (SWAC), Alabama State (2-1) will entertain Prairie View A&M (1-1) in its regular season opener. The Hornets are led by a solid passing game that features quarterback Myles Crawford (26-for-46 for 400 yards with 2TDs and 2 interceptions) and wide receivers Isaiah Scott (8 receptions for 169 yards and 1 TD), La’Vontae Shenault (8 receptions for 139 yards) and Darius Edmonds (5 catches for 113 yards and 1TD).

Alabama A&M (0-2) will host Austin Peay (2-0) in a non-conference game on Saturday, Sept. 17. The kickoff is set for 2 p.m. The Bulldogs are still looking for the first win of the season before the SWAC regular season schedule begins next week against Florida A&M.

Wide receiver Isiah Cox has been a real bright spot for Alabama A&M. Cox has five receptions for 153 yards.

GAME OF THE WEEK

“It doesn’t make sense. People need to start thinking about what they’re doing before...