Frank Sinatra once said he had a few regrets, but then again too few to mention. In Freddie Freeman’s case, he did what he had to do. Friday night was the first time the former MVP and 2021 World Series champion returned to Atlanta since last November’s championship parade. Freeman had to see through the […] The post Freddie Freeman makes emotional and joyful return to Atlanta; Dodgers beat Braves appeared first on The Atlanta Voice. 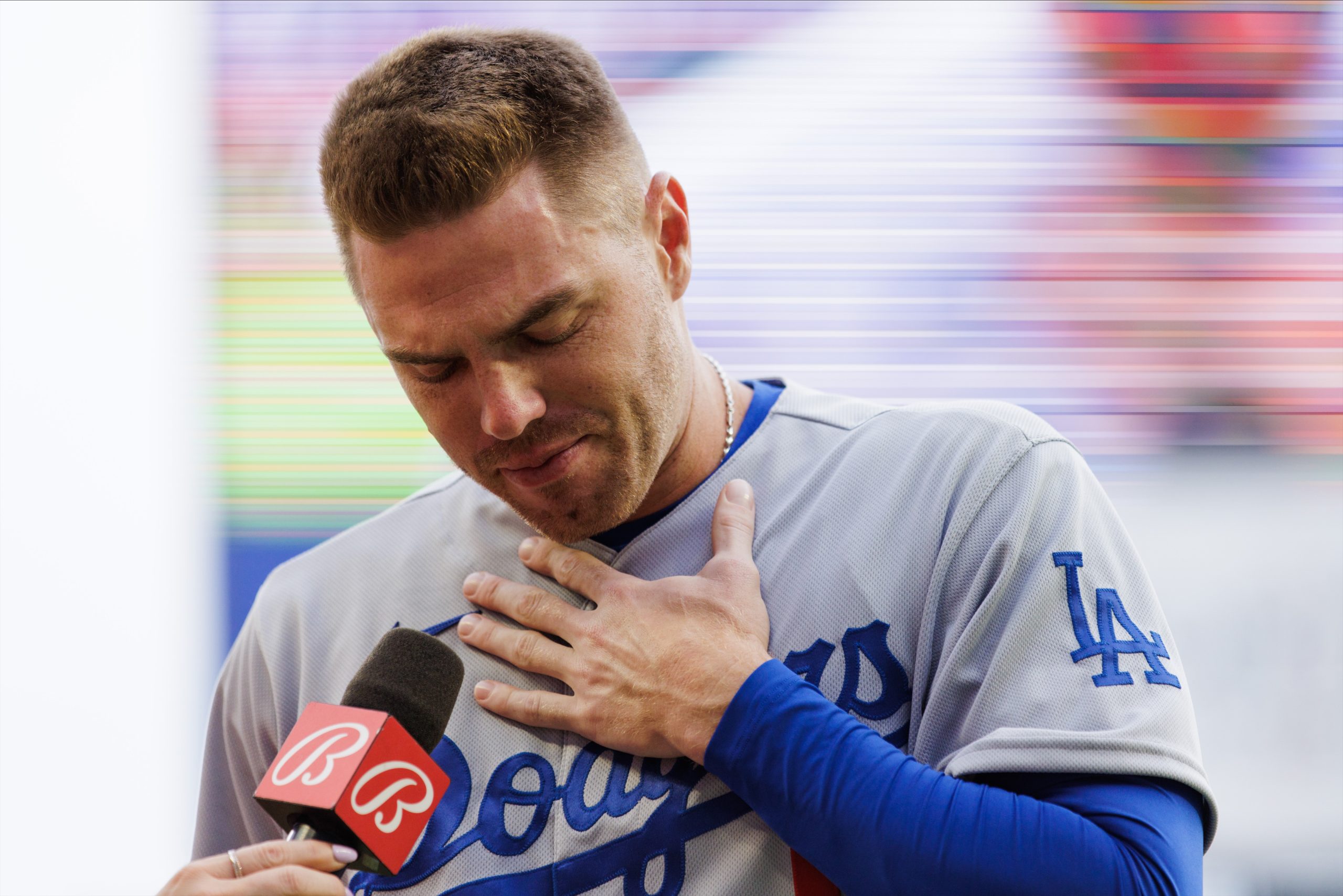 Frank Sinatra once said he had a few regrets, but then again too few to mention.

In Freddie Freeman’s case, he did what he had to do. Friday night was the first time the former MVP and 2021 World Series champion returned to Atlanta since last November’s championship parade. Freeman had to see through the move to the Los Angeles Dodgers without any exceptions.

Freeman finished the night 2-for-3 with two walks in his four plate appearances. He also scored two runs as the Los Angeles Dodgers beat the Atlanta Braves 4-1. It was an emotional night for the former MVP as he returned to Braves Country.

“I couldn’t feel my legs for a few innings, to be honest with you,” Freeman said. “I tried to envision what tonight was going to be like, and this far exceeded my expectations. It was just a special, special evening.”

Freeman was drafted by the Braves shortly after high school as a seventeen year old teenager from Orange County, California. He made his debut as a 20 year old in 2010. Since then, Freeman was a complimentary star to future Hall of Famer Chipper Jones and catcher Brian McCann. While the Braves were rebuilding, Freeman signed an eight-year contract and he ascended to become the face of the franchise, culminating in a World Series title at the end of the 2021 season.

The emotions for Freeman, and his wife Chelsea, bubbled over as first pitch approached. First, Freeman was overcome with tears as he presided over his pregame press conference. Next, Freeman was presented with his World Series ring and Braves manager Brian Snitker embraced Freeman in front of the mound as the sellout crowd at Truist Park cheered and held back tears.

The love Freddie, Chelsea and the entire family has for Atlanta and the Braves runs strong, despite the awkward negotiations and his untimely end to his career in Braves Country.

Freeman eventually signed a six-year contract worth $162 million with the Dodgers in the offseason after he was unable to reach an agreement with the Braves.

“There’s nothing to close for me here,” Freeman said. “Why would I close such a special time?

Meanwhile, Braves pitcher Ian Anderson gave up six hits, issued four walks and gave up four runs in four innings. From the very first pitch, Anderson didn’t have any of his good stuff tonight. Anderson gave up two runs in the first inning and two in the fifth. Meanwhile Dodgers pitcher Julio Urías allowed one run on six hits and tallied nine strikeouts in six innings.

Trea Turner went two for three and hit a home run in the top of the fifth inning, chasing Anderson from the game.

Tomorrow night, Max Fried (7-2, 2.77 ERA) will take the mound for Atlanta. Fried is 2-2 with a 3.30 ERA in six career regular-season starts against the Dodgers.

J. Pharoah Doss: Events before Juneteenth that are worthy...