Written by Tanya Terry James Draper, who is artist co-coordinator for First Frost along with Lisa Land, spoke to the Courier about the local arts and fine crafts fair that attracted artists from around the state along with many art lovers. First Frost is hosted by the Founder’s Society, which... 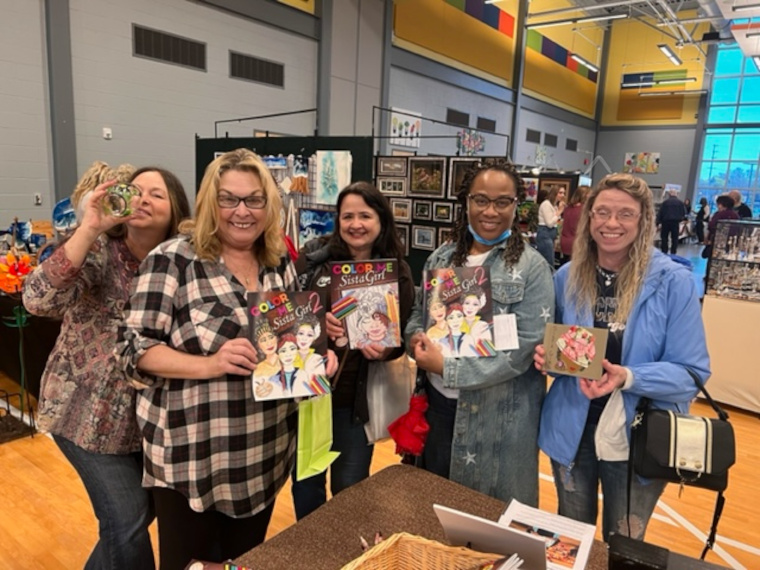 James Draper, who is artist co-coordinator for First Frost along with Lisa Land, spoke to the Courier about the local arts and fine crafts fair that attracted artists from around the state along with many art lovers.

First Frost is hosted by the Founder’s Society, which helps raise money for the Flint Institute of Arts. The fair has gone through multiple transitions but continues to be a worthwhile and successful event many community members take delight in.

The Founder’s Society’s spring art show is called First Bloom and was held April 3. For First Bloom, artists created clothing, accessories, jewelry and other items based on what women seem to find appealing.

“First Frost did not have those limitations,” Draper explained. “It went across the board with everything.”

First Frost began in 2006. It was being held at the Flint Institute of Arts. In the gallery where the event was held, the maximum was about 45 artists. That number of artists was reduced because the gallery was needed as FIA got ready to open the new glass wing. Eventually, in 2019, it got to the point where only 21 artists could showcase their art at First Frost.

“We’re bigger and better than we ever were,” Draper said.

One highlight of the event was the festival of artistically decorated artificial Christmas trees for sale. The artists on the Founder’s board decorated nearly 20 trees. According to Draper, almost all the trees were sold.

Baked goods were also sold. According to Draper, this also went very well.

According to Draper, artists must submit applications and photos of the products they want to put in the event, along with other items and information, to obtain a booth to showcase their work in First Frost. Draper stated from there it must be determined whether their products would be interesting to event attendees.

“It was an honor to be one of the 51 artists selected for First Frost,” said Rhonda Willingham,
CEO of and artist for Sista Girl Greeting Cards.

“As a returning artist, I have met some wonderfully talented people, some of whom I have formed a bond,” Willingham added. “Everyone is so friendly and everyone helps everyone. It was great to see all the artists rooting for each other to have a successful weekend!”

“People were happy to be back in there to see all the different art, to be talking to the artists and to enjoy the event,” said Draper. “We’re looking forward to in the future be bringing back entertainment, to be bringing back our living statues and some things like that we cut out when we didn’t have room.”

Draper said all in all, it felt good to have put COVID “on the back shelf.

“I think it was just a happy time,” he added.

The Founder’s Society is already thinking about what they will do for the springtime event. The event will likely take place in April of 2023. Everyone in the community is welcome!

Middleton heads back to alma mater

Detroit Opera Announces New Name and Season for its Children’s...