The Fever fell 94-69 at home on Sunday against the Las Vegas Aces. It was the 14th consecutive loss for Indiana and the second loss against the Aces this weekend. The Fever’s offense struggled in the team’s first game without Kelsey Mitchell in nearly five years. Mitchell, who had played a franchise-record 153 straight games […] The post Fever’s losing streak continues against the Aces appeared first on Indianapolis Recorder. 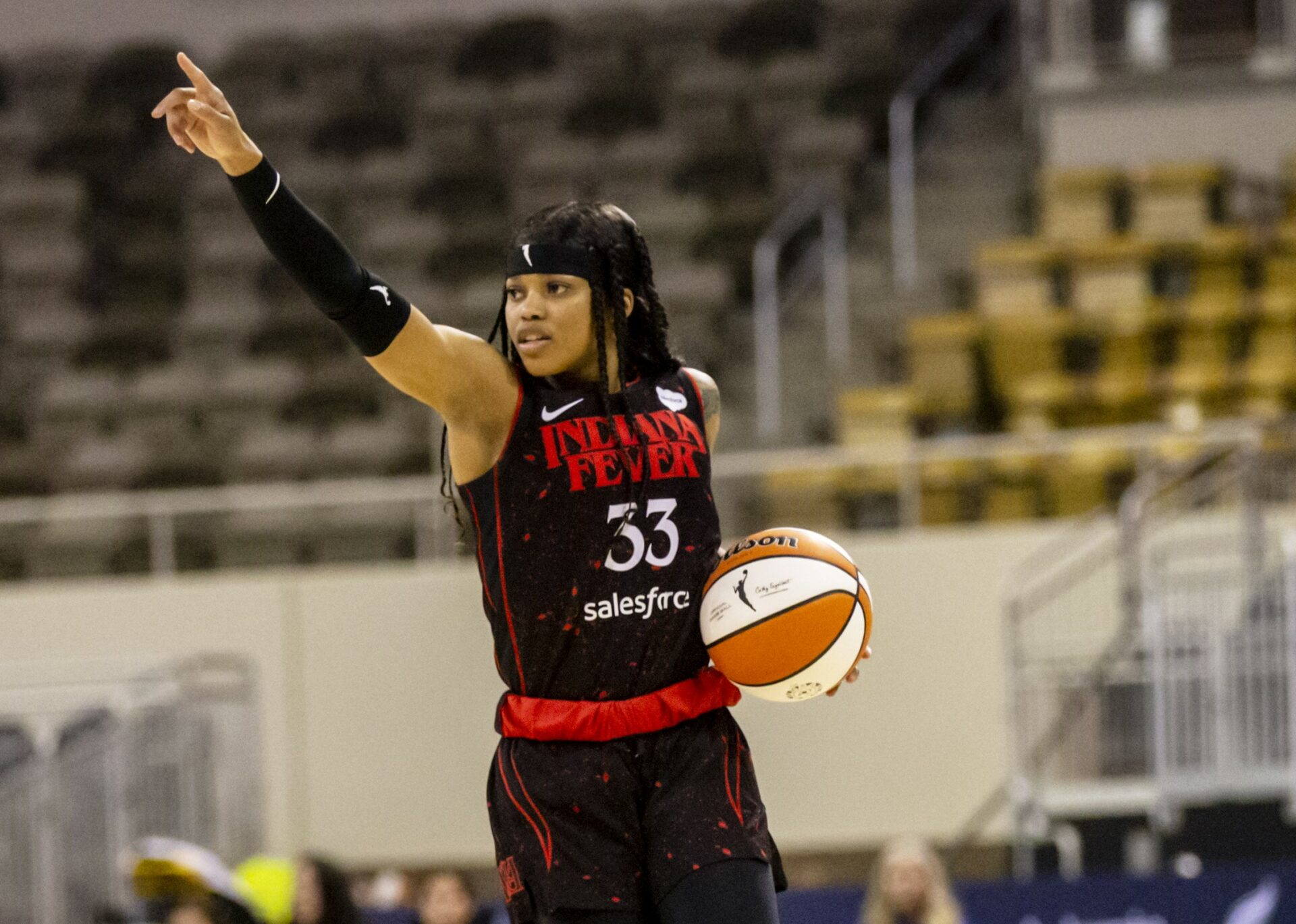 The Fever fell 94-69 at home on Sunday against the Las Vegas Aces. It was the 14th consecutive loss for Indiana and the second loss against the Aces this weekend.

The Fever’s offense struggled in the team’s first game without Kelsey Mitchell in nearly five years. Mitchell, who had played a franchise-record 153 straight games since 2018, will miss the final five games of this season due to a partial plantar fascia tear in her left foot. Mitchell averaged a team-high 18.4 points per game this season.

“Kelsey is a big part of what we do,” Fever interim head coach Carlos Knox said. “She’s one of those players that makes it so easy to just distribute and get other people involved.”

“I feel like she does draw a lot of attention on the floor,” rookie guard Destanni Henderson said of Mitchell. “We don’t really have a lot of time to prepare so it’s just next woman up.”

Indiana made just 31 percent of its field goals on Sunday. The Aces’ defense smothered the Fever from the jump and didn’t let up.

“They were very physical,” Knox said. “They played in the passing lanes and just took some things away from us,”

“They iced a lot. They applied a lot of pressure,” Fever rookie NaLyssa Smith said. “They’re such a talented team. They know the next rotation when they are trapping or when they are icing.”

Kelsey Plum had a game-high 26 points for the Aces. Plum had only seven points at halftime but exploded with a 19-point third quarter. That was more than the Fever scored in the quarter (17). Plum did not play in the fourth quarter.

“She’s just a talented player,” Henderson said of Plum. “When that does happen, defensively and collectively we have to communicate and I feel like in that third quarter we kind of failed at that.”

“That was a difficult matchup for us and we didn’t guard the way we needed to at that time of the game,” Knox added.

The Aces had four players in double figures. Las Vegas shot 50.7 percent from the field. The Aces have won seven of their last eight regular season games, and they also won the WNBA Commissioner’s Cup over the Chicago Sky this past Tuesday. Las Vegas has the second-best record in the WNBA and has swept the three-game season series against Indiana.

The Fever only had two players score more than 10 points, rookies NaLyssa Smith and Destanni Henderson. Smith had 20 points and 13 rebounds.

Henderson’s 16-point game follows a 12-point performance on Friday against the Aces. Before this weekend, Henderson hadn’t scored double figures since May 24.

“[Henderson] is a great player, and she understands what it takes to play at this level,” Knox said. “She’s not quite completely there yet, but she’s making a great transition right now.”

Henderson played a career-high 31 minutes off the bench on Sunday. She averages just 15.6 minutes per game.

“I just feel like I just have to be deliberate when I’m on the court,” Henderson said about having an increased role. Henderson said she’s working on balancing her scoring and distributing. “I shy away from that sometimes, just trying to gauge the whole floor and see my teammates as well.”

The Fever now have a 5-27 record this season, which is the worst in the WNBA. With just four games left, Indiana is well out of playoff contention and has clinched the worst record in the league. The team will head to Atlanta to play the Dream on Wednesday.

Zion Brown is a sports reporter for NextGen Sports, a collaboration with The Recorder Media Group.