‘Ethiopia’s other conflict’: what’s driving the violence in Oromia?

By Asafa Jalata, University of Tennessee In November 2020 an outbreak of violence in Ethiopia’s Tigray region captured worldwide attention. The conflict was between Tigrayan forces and the forces of […] The post ‘Ethiopia’s other conflict’: what’s driving the violence in Oromia? appeared first on The San Diego Voice & Viewpoint. 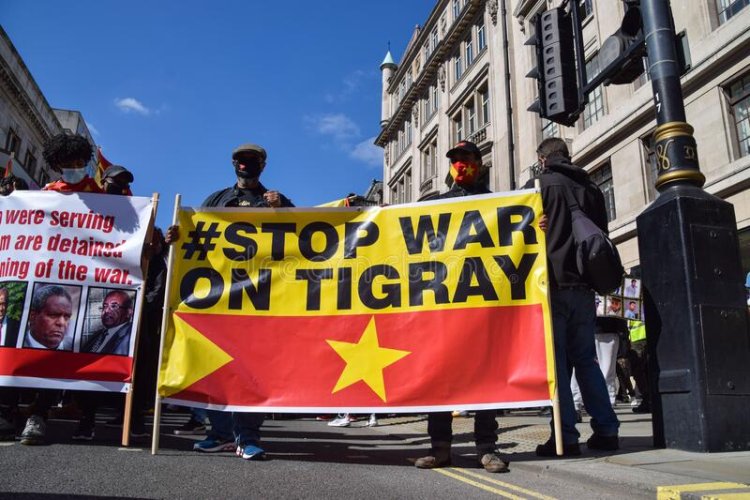 By Asafa Jalata, University of Tennessee

In November 2020 an outbreak of violence in Ethiopia’s Tigray region captured worldwide attention. The conflict was between Tigrayan forces and the forces of the Ethiopian government and its allies.

Since then, Prime Minister Abiy Ahmed has been under increasing global pressure to negotiate with Tigrayan officials to stop the carnage in the region.

Even before fighting broke out in Tigray, though, the government had established military command posts in Oromia, Ethiopia’s largest state. Oromo people were protesting and calling for self-determination.

In Oromia’s latest wave of violence in June 2022, Al Jazeera, the New York Times and Reuters reported that hundreds of people had been killed by the Oromo Liberation Army in Wallaga, Oromia.

These news reports labelled all the victims Amharas, members of Ethiopia’s second-largest ethno-national group. The Oromo are the largest.

As a scholar of Ethiopian politics and society, I’ve researched and written extensively on the Oromo movement, and identified the historical forces that have shaped its current politics.

My understanding – taking into account the history of oppression of the Oromo in Ethiopia and numerous reports by rights groups of attacks against the community – is that the violence in Oromia is mainly driven by the federal government and its agents. The Oromo Liberation Army is responding to state terrorism and gross human rights violations.

Oromo voices are not represented in the Ethiopian government, the global system or the media. The federal government and its allies, particularly Amhara elites and forces, blame the Oromo movement for the violence. This is a strategy to delegitimise the Oromo struggle for self-determination.

The Oromo consider themselves a nation. They are estimated to make up between 35% and 50% of Ethiopia’s 115 million people. An exact figure is difficult to come by as the government doesn’t provide this data.

Despite their numbers, the Oromo consider themselves colonial subjects. This is because, like other subjugated ethno-national groups, they have been denied access to their country’s political, economic and cultural resources.

Habasha (Amhara-Tigray) warlords colonised Oromia. The region was then incorporated into Abyssinia (the Ethiopian Empire) in the late 19th century.

Menelik II, the Ethiopian emperor, established a form of colonialism that settled Amhara, Tigrayan and other ethnic soldiers in Oromia. Most Oromos were reduced to serfs, providing free labour and tax revenue.

The colonial government claimed about three-quarters of Oromo lands for its officials and soldiers. It granted the remaining quarter to Oromo collaborators.

In the 1970s, to oppose political, economic and cultural marginalisation, Oromo nationalists created the Oromo Liberation Front. Its military wing is the Oromo Liberation Army. They wanted national self-determination and democracy, and participated in the failed revolutions of 1974, 1991 and 2018.

The government and the Oromo Liberation Front have blamed each other for the latest outbreak of violence in Oromia, particularly in Wallaga.

A sub-group of the Oromo, the Macha, live in Wallaga. They have been targets of the Ethiopian government and expansionist Amharas, who claim to be the original owners of the region.

During the famine of the 1970s, desperate Tigrayans, Amharas and Oromos from elsewhere settled in Wallaga. Amhara expansionists began to call all these people Amharas to justify their claim to the territory.

Prime Minister Ahmed has taken the side of Amhara expansionists.

Ahmed came to power in 2018 mainly because of the Oromo struggle but later turned against the movement. His vision is of a centralised state rather than self-determination for Ethiopia’s different groups.

The state’s ideology of “Ethiopianism” has been used to justify the subordination of the Oromo and other colonised peoples. It has empowered the class that dominates the bureaucracy, army, culture, Orthodox Christianity and Ethiopian colonial-political economy.

The Oromo Liberation Army, which has been outlawed and labelled a terror group, asserts that the government has created a clandestine security structure that masquerades as the Oromo army. It says this structure is responsible for the latest attack and those before it.

An Amnesty International report found that state soldiers executed 52 people over this period on suspicion that they supported the Oromo Liberation Army.

The government additionally took incarcerated Oromos through mandatory training for several months. These detainees were trained on the constitution and the history of the Oromo people. These “lessons” were intended to get the detainees to abandon the quest for nationalism.

The global community must pressure the Ethiopian government to reach peace with the Oromo Liberation Army. However, this will only be successful if a neutral body mediates on behalf of the United Nations.

Ahmed’s government is willing to negotiate with the Tigrayan defence forces mainly because of the pressure from global powers. However, it refuses to reconcile with the Oromo Liberation Front and is determined to solve a political problem militarily.

Ethiopia cannot be at peace without an independent reconciliation body that solves the Oromo political problem fairly and democratically.

Asafa Jalata, Professor of Sociology and Global and Africana Studies, University of Tennessee

The post ‘Ethiopia’s other conflict’: what’s driving the violence in Oromia? appeared first on The San Diego Voice & Viewpoint.

Slauson Girl Interviews The Mother of Drakeo The Ruler’s...

On IG, NorCal Next Up is dominating promotions