Everyone has a dream job, that one job that aligns with their interests, skill set and work style. Not many people ever have the good fortune to work their dream job, but last month Dr. Antonia Richburg got that opportunity when she officially assumed the role of president and chief executive officer of the United Way of Forsyth County (UWFC). The post Dr. Antonia Richburg assumes leadership role as president and CEO of United Way of Forsyth County appeared first on WS Chronicle. 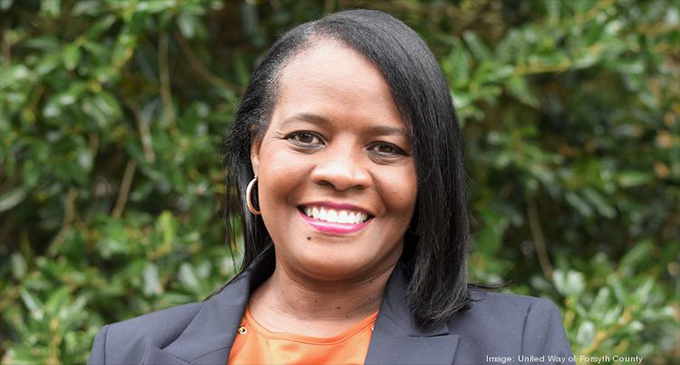 Everyone has a dream job, that one job that aligns with their interests, skill set and work style. Not many people ever have the good fortune to work their dream job, but last month Dr. Antonia Richburg got that opportunity when she officially assumed the role of president and chief executive officer of the United Way of Forsyth County (UWFC).

Richburg has a Ph.D. in leadership studies from N.C. A&T State University and a master’s degree in public affairs with a concentration in nonprofit management and public personnel from the University of North Carolina at Greensboro. She also has a postgraduate Advanced Certificate in Nonprofit Leadership from Duke University.

Before joining UWFC, Richburg served as vice president and senior program officer at the Cone Health Foundation, but before that she worked for many years for the United Way of Greensboro and she says she loved every minute of it.

“I worked there for a number of years … it’s the best job I ever had. I just absolutely positively loved it,” Richburg continued. “I always wanted to be the president of United Way. I always felt like I could have a greater impact if I could be a part of the decision making … I just want the opportunity to effect change for the most vulnerable populations in our community and United Way is a tremendous vehicle to do that.”

Richburg said what sets United Way apart from other organizations is that they are intentional about eliminating silos and bringing people together.

“When you work in silos it’s really difficult to be able to really effect change because you’re a little piece of the pie, but you are looking at the total picture,” she continued. “There are so many people in the community who have needs and if we work together, then we could be much more effective in helping them than if we did our own thing.”

Although the announcement was made in August, Dr. Richburg officially stepped into her role as president and CEO on Oct. 10. For the past month Richburg said she’s been on the move. Over the next 120 days, Richburg plans to hold a listening tour where she will travel around the county listening to the issues and concerns of the people.

Richburg said she also plans to meet with local elected officials and other stakeholders in Forsyth County, but she plans to spend most of her time listening to the issues and concerns of those who often go unheard.

“I have been everywhere I can possibly think to be in these first 24 days and over the next four months I plan to be more intentional about where I’m going to be in terms of starting this listening tour,” Richburg said. “I’m just going all over Forsyth County listening to different groups to talk about what’s going well in Forsyth County, what are issues, what are the concerns. … I just want to hear from the voices that don’t often get heard.

“Before I can clearly articulate what’s the new vision for United Way or what we’re going to do over the next 100 years, I need to hear from the community.”

Richburg said there are a lot of committed people in Forsyth County when it comes to issues of education, homelessness, and lack of affordable housing. She also said she’s noticed the wide gap between the “haves and the have nots” in Forsyth County and she wants to be the catalyst to help bridge that gap.

“So far it seems like it’s a very resilient community … but at the same time, it seems to be divisive in many ways in terms of the haves and the have nots … so that’s a concern for me,” Richburg said. “Having been born in poverty … I get what that feels like and I’m hopeful that we can find ways to bridge that gap. I think that’s important because right now I feel that’s what divides us as a community and I’m hopeful as I said, that I’ll be the catalyst to build some bridges while mending some fences.”

How to land a lucrative career with Duquesne Light Co.

Fires continues to burn as smoke looms over Pilot Mountain

‘The Class That Never Was’ celebrates 50 years