By MSR News Online Former Minneapolis police officer Derek Chauvin has been sentenced to serve 22.5 years in prison for the murder and manslaughter of George Perry Floyd, Jr. This is the longest sentence a former police officer has received in state history. In his remarks announcing his decision, Judge Peter Cahill said he based […] The post Derek Chauvin sentenced to 22.5 years appeared first on The Cincinnati Herald. 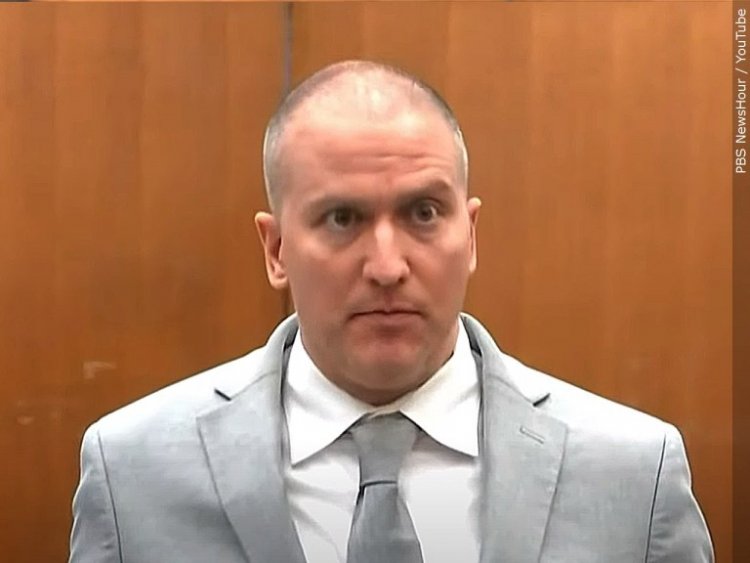 Former Minneapolis police officer Derek Chauvin has been sentenced to serve 22.5 years in prison for the murder and manslaughter of George Perry Floyd, Jr. This is the longest sentence a former police officer has received in state history.

In his remarks announcing his decision, Judge Peter Cahill said he based the sentence on law, and not emotion. He kept his remarks brief and encouraged the public to read the 26-page sentencing memorandum.

The hearing began on an emotional note with an impact statement from Floyd’s young daughter Gianna Floyd. She told the court via video how much she missed her dad. “I ask about him all the time,” the seven-year-old said. “I want to play with him. We used to have dinner meals every night before we went to bed. My daddy used to help me brush my teeth.”

“I wanted to know from the man himself—why? What were you thinking when you had your knee on my brother’s neck when you knew he posed no threat,” asked a tearful Terrence Floyd. Philonise Floyd shared how he hasn’t been able to sleep since his brother’s killing.

According to pool reports, prior to the hearing, Philonise Floyd sat in the courtroom with his head bowed and hands clasped as if he was praying.

After impact statements from the Floyd family, prosecutor Matt Frank made the prosecution’s case for why Chauvin deserved a 30-year sentence. He reminded the court of the four aggravating factors that the court agreed with and why the court should depart upward in sentencing.

Frank became emotional when he spoke about the impact of Floyd’s death on his loved ones, and dismissed the defense’s filing to offer Chauvin probation. “This was murder!” Frank said.

Chauvin’s mother Carolyn Pawlenty also provided an impact statement for the Chauvin family. “My son’s identity has been reduced to that of a racist,” she said, as she recounted how proud she was of his history 19 years of police service. She said she always supported him “100%” and “always will,” and that Chauvin’s sentence will also be a sentence for her. Notably, she made no mention of the Floyd family and did not offer condolences for their loss.

In a move that seemed to surprise many pundits, Chauvin provided a brief statement. He said he couldn’t say much due to legal circumstances but gave condolences to the Floyd family. “I want to give my condolences to the Floyd family,” he said. He also gave a cryptic remark about other information coming out in the future that “would be of interest” to the family and offer some “peace of mind.”

In April, Chauvin was found guilty by a 12-person jury of second-degree unintentional murder, third-degree murder, and second-degree manslaughter in the May 25, 2020, killing of Floyd. His videotaped murder sparked national and international outrage and spurred a movement against police violence and an end to systemic racial injustice.

In his remarks after the sentencing, MN Attorney General Keith Ellison, flanked by the prosecution team, said that although the sentence was less than the 30 years the State requested, it did provide a measure of accountability and is the longest sentence that a former officer has received thus far in the state. He called on Congress to pass the George Floyd Justice in Policing Act.

Rev. Al Sharpton, attorney Benjamin Crump, members of the Floyd family and community members gathered outside of the courthouse. Before leading a prayer, Sharpton cautioned that they weren’t gathered in celebration. Instead, they were saying a prayer of thanks for the strength of the Floyd family and the activists who continually pressed for justice in the streets. “It’s not justice because George Floyd is in a grave tonight, while Chauvin is in a prison,” said Sharpton.

He said the sentence was a measure of accountability, however, and called on the community to continue to press for justice in the recent police shootings of Daunte Wright and Winston Boogie Smith.

Rallies and marches were planned this evening in reaction to Chauvin’s sentence and also to press for the end of systemic racism and police brutality.

Reprinted with permission by the Minneapolis Spokesman-Recorder

The post Derek Chauvin sentenced to 22.5 years appeared first on The Cincinnati Herald.