Democrats vow to help women who must travel for abortions

Jun 24, 2022 6:59 PM By CLAIRE RUSH and ADAM BEAM Associated Press PORTLAND, Ore. (AP) — Democratic leaders across the nation vowed Friday to help women who travel to seek abortions and to shield patients and medical professionals from being pursued by authorities in states where the procedure becomes outlawed after the U.S. Supreme […] The post Democrats vow to help women who must travel for abortions appeared first on The San Diego Voice & Viewpoint. 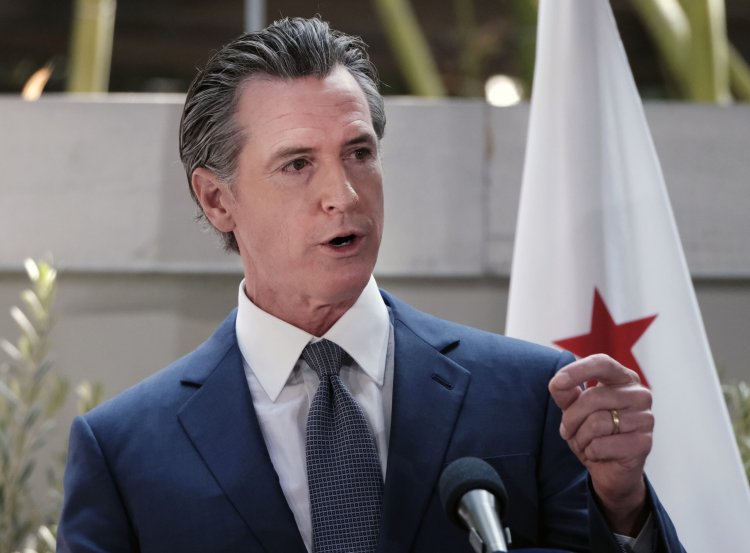 PORTLAND, Ore. (AP) — Democratic leaders across the nation vowed Friday to help women who travel to seek abortions and to shield patients and medical professionals from being pursued by authorities in states where the procedure becomes outlawed after the U.S. Supreme Court overturned Roe v. Wade.

On the West Coast, the Democratic governors of California, Washington and Oregon issued a joint “multi-state commitment,” saying they will work together to defend patients and care providers.

In North Carolina, Gov. Roy Cooper, also a Democrat, emphasized the importance of the November election in the state where the GOP controls the General Assembly but lacks veto-proof majorities to severely restrict or outlaw abortion.

“Democratic governors are the last line of defense against these types of extreme bills,” he said.

It was a strategy echoed by President Joe Biden, who told the nation Friday that Democratic victories at the state level in November could thwart efforts to ban abortion.

“Congress must act, and with your vote, you can act,” Biden said.

“No matter who you are or where you come from, Oregon doesn’t turn away anyone seeking health care,” Brown said.

All three states anticipate an influx of people seeking abortions, especially as neighboring conservative states move to outlaw or greatly restrict the procedure.

The governors also pledged to “protect against judicial and local law enforcement cooperation with out-of-state investigations, inquiries and arrests” regarding abortions performed in their states.

Elsewhere, some companies reiterated or announced plans to help pay for employees to travel to other states to get reproductive care.

For example, Seattle-based Starbucks said it will reimburse abortion travel expenses for employees enrolled in its health care plan if a legal provider isn’t available in their home state or within 100 miles of their home.

Washington Attorney General Bob Ferguson also said he will work to ensure his state “welcomes any individual who comes here to access the fundamental right to reproductive justice,” adding that he is “already working to protect medical professionals who are prosecuted in other states for providing essential health care services that are legal and protected in Washington.”

Ferguson says he has a team of 20 staffers working on abortion-access issues.

In Sacramento, California, Newsom warned that conservative Supreme Court justices and Republican politicians “are coming after you” on issues beyond the abortion decision and another ruling this week that said Americans have a right to carry firearms in public for self-defense.

Conservative leaders have telegraphed their intent to roll back laws and legal decisions on LGBTQ rights, on contraception, the environment and in other areas, Newsom said.

Newsom signed into law a bill intended to shield abortion providers and volunteers in California from legal decisions in other states that limit reproductive rights, part of a package of more than a dozen bills intended to make California a sanctuary for those seeking abortions.

He said the state’s budget will include $20 million over three years to help pay for women from other states to get abortions in California. The money will go to nonprofits that help women pay for expenses such as travel, lodging and child care.

Oregon has codified the right to an abortion. State law was updated in 2017 and allows for late-term abortions and requires private medical insurance and state Medicaid to cover the procedure. A $15 million fund established by state lawmakers this year covers costs for abortion providers and patients without insurance coverage or traveling from out of state.

Washington and Oregon border Idaho, which following Friday’s ruling will ban abortions except in cases of reported rape or incest, or to protect the mother’s life.

Abortion has been legal in Washington state since a 1970 statewide ballot referendum. Another ballot measure approved by voters in 1991 affirmed a woman’s right to choose physician-performed abortion prior to fetal viability and further expanded and protected access to abortion in the state if Roe v. Wade was overturned.

In California, abortion was outlawed in 1850, except when the life of the mother was in danger. The law changed in 1967 to include abortions in the case of rape, incest or if a woman’s mental health were in danger.

Local governments in the states said they were also ready to help protect and provide abortion access. Washington state’s most populous county will devote $1 million in emergency funding to help women traveling to the Seattle area seeking abortions following the overturning of Roe v. Wade.

Rush is a corps member for the Associated Press/Report for America Statehouse News Initiative. Report for America is a nonprofit national service program that places journalists in local newsrooms to report on undercovered issues.

For AP’s full coverage of the Supreme Court ruling on abortion, go to https://apnews.com/hub/abortion

The post Democrats vow to help women who must travel for abortions appeared first on The San Diego Voice & Viewpoint.