Dustin Sellers, who grew up in modest means in Anson County, is now determined to help minority students like himself, applying the life lessons he learned in high school, at Winston-Salem State University, and at a program supported by WSSU’s Center for the Study of Economic Mobility (CSEM). The post CSEM-loaded student charges ahead appeared first on WS Chronicle. 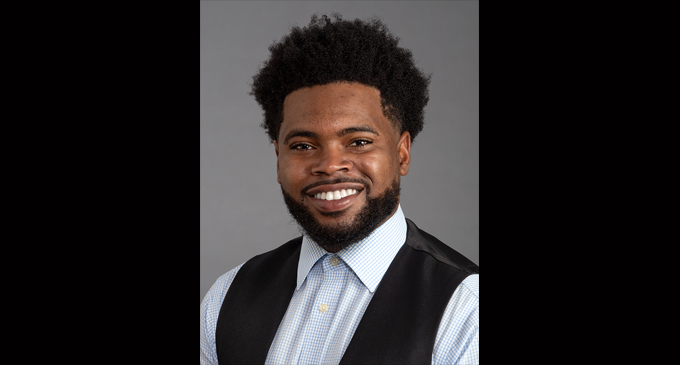 Dustin Sellers, who grew up in modest means in Anson County, is now determined to help minority students like himself, applying the life lessons he learned in high school, at Winston-Salem State University, and at a program supported by WSSU’s Center for the Study of Economic Mobility (CSEM).

Sellers, who just completed his work for a master’s degree in biomedical science at Wake Forest University and is the clinical research coordinator at the Maya Angelou Center for Health Equity in Winston-Salem, is developing a business,  the Mad Scientist Research Lab, which will mentor, assist and develop future leaders in research. “To share with others what we’ve learned at such an influential moment, such an influential time, is important,” said Sellers, who is 24. “We are grabbing the tiger by the tail.”

His goals fit with those of WSSU Chancellor Elwood Robinson, who encourages his educators to develop their students’ entrepreneurial skills as well as their community service skills.

While at WSSU, Sellers participated in two four-week programs created by Tate Consulting, a Playbook for Entrepreneurial Excellence 1.0, and a follow-up program, Maestro, the Playbook 2.0. “Equipping students with the knowledge and skills associated with an entrepreneurial mindset or thinking improves their motivation to succeed in whatever pathway they choose for their future,” said CSEM Associate Director Alvin Atkinson.

Sellers said the Playbook programs gave him writing skills and other skills needed for his business, as well as emotional intelligence, which helps him understand people and lead.

Antwain Goode, the president of Tate Consulting, created the program with his wife, Andrea, the vice president of Tate. “The world has never been more in need of students, business, and community leaders who are trying to make a difference than it is today … and this is the very definition of entrepreneurs,” Antwain Goode said.

“The goal of an entrepreneur is to sell products and services, but this is just one piece of the entire puzzle. To become successful at it requires leadership. Our design, the Playbook for Entrepreneurial Excellence 1.0, provided the leadership foundation. Dustin was able to use the tools from the course to craft his company’s mission, vision, and values statements which are critical elements to organizational success. This process made him a dynamic presenter and gave him the confidence to showcase that he could help other minority students embrace the rigor of research.”

Andrea Goode said: “Dustin also participated in The Playbook 2.0, designed to help the small business scale up. He learned how to develop teams. We believe this is how he was able to partner with other students and faculty from around the world and to lead dynamic cross-functional research projects with excellence.”

Sellers said he benefited greatly from attending Anson New Technology High School. “It gave me the basis of who I am today,” he said. His experience at WSSU and with the Playbook programs enhanced that basis.

Now, he’s trying to secure grants to start his research business. He hopes to attend Wake Forest University School of Medicine, and will soon apply. Ultimately, he said, he wants to be a doctor and own his own hospital, one for underserved minority communities.

Antwain Goode said: “Both the Playbook 1.0 and 2.0 curricula fortified Dustin’s resolve, and he is operating with purpose and passion to develop the next generation of researchers, and quite possibly, eventually have his own hospital to serve those who need it most.

“We are extremely proud of his success and his bright future.”

From the Stripper Pole to Owning a Million Dollar Trucking...