Commentary: Jackson, Mississippi, has a water crisis. Is there a permanent fix to it? 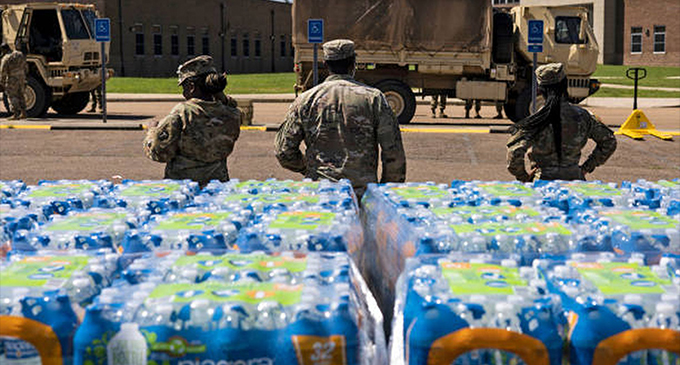 You and I live in the greatest country in the world. That is what we believe. It is the land of the free and the home of the brave.

It is my opinion that we take so much for granted in America. Food, clothing and shelter have always been staples of the American way of life. Some simply have it in more abundance.

Countries around the world struggle mightily to have these everyday necessities.

In our United States, we are not without our trials and challenges. For example, if you live on the West Coast, you are prone to forest fires. If you live on the Gulf Coast or in the Midwest, you will be subjected to hurricanes and tornadoes, respectively.

Wherever we live, nature will find us. These natural events happen to all of us. We adjust our lifestyles to them, and we live our lives accordingly.

I know where we live, we prepare ourselves for hurricane season each year. Please know that I am quite familiar with the terms hurricane warning and hurricane watch.

The state of Mississippi had a natural weather event recently that affected the quality of life in the capital of Mississippi. The Pearl River overflowed and its capital, Jackson, was victimized by it. The national news painted a dark and disturbing picture of the City with Soul when describing what was happening there. People had to leave their homes with barely the clothes on their backs.

The scene was sad and residents lost a lot. Homes were flooded and valuable possessions were lost. The flooding led to thousands of residents not being able to drink the water. Drinking water is basic to our existence yet many of the residents in Jackson were denied this fundamental right. Voices at all levels have weighed in on this water problem. All seem to agree that this water issue needs some immediate attention and an overhaul.

According to reports, the city had been under a boil water advisory since July 30th. Last Monday, Mississippi governor, Tate Reeves, said, “Today the tanks are full. Water pressure is solid.”

I am on the outside looking in at the comments made by the governor.

Is it a victory because the toilets will flush and the water will come out of the faucets? I did not see in these comments the words clean and safe. Did you?

It is my thinking that you want your water to be clean and safe. We cannot forget Flint, Michigan. The FEMA official seems to think so as well. He believes it is too soon to say when all Jackson residents will have safe water to drink. FEMA Administrator Deanne Criswell said, “The focus right now is making sure we can get bottled water out.”

On CNN Gov. Reeves said, “There has been a lot of infrastructure damage that has been present for many years.”

Comments made by both elected officials suggest they see the problem differently.

This problem is going to be front and center for a while. The citizens there cannot let it fall off the radar screen. Politics instead of humanity have come into play. The mayor is a Democrat and the governor is a Republican. Put politics aside and give the people what they want.

What they want is clean drinking water.

James B. Ewers Jr., Ed.D., is a former tennis champion at Atkins High School in Winston-Salem and played college tennis at Johnson C. Smith University, where he was all-conference for four years. He is a retired college administrator. He can be reached at overtimefergie.2020@nullyahoo.com.

The post Commentary: Jackson, Mississippi, has a water crisis. Is there a permanent fix to it? appeared first on WS Chronicle.

Lead us to unity: A plea to America’s Christian churches

Lexington native to be sworn in as Commander of 343rd Reconnaissance...