Commentary: Book bans are an attack on the freedom to read, teach and learn 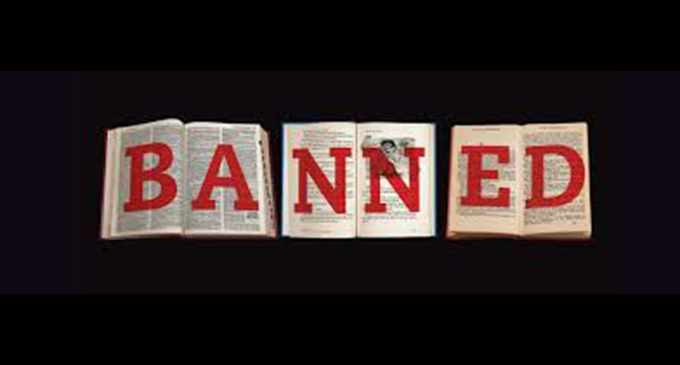 Every year, the American Library Association and partner organizations observe Banned Books Week to highlight and push back against these threats. This year’s Banned Books Week runs from September 18-24 amidst a wave of book bans and other attempts to restrict what people can learn.

These efforts have a long and dishonorable history.

Before the Civil War, many slave states made it a crime to teach enslaved people to read. Slaveholders feared that being able to read might help enslaved people gain their freedom or organize rebellions. In Virginia, a judge could order that any slave or free person of color caught learning to read or write be whipped.

In our day, attacking the freedom to read is once again a political strategy for those seeking to take and keep power. And once again, Black people are a primary target.

State legislators and governors are making it illegal to teach honestly about the history and reality of racism in our country. Far-right activists are trying to purge schools and libraries of books that feature Black people, LGBTQ people, and others they deem unworthy of students’ attention.

The MAGA movement’s attacks on teaching about racism and sexuality have led to what the American Library Association’s Office of Intellectual Freedom has called an “astronomical” increase in challenges to books.

That’s why the annual celebration of the freedom to read that is Banned Books Week is especially meaningful this year. In addition to the librarians, authors, booksellers, teachers, and other anti-censorship activists who lead Banned Book Week activities, all of us have a role to play in ensuring the voices of our communities are not silenced.

Books by and about Black people and other people of color – and by and about LGBTQ people – dominate the ALA’s annual list of most frequently challenged books. This year’s honorary chairman, George Johnson, is an award-winning Black author whose “All Boys Aren’t Blue” is high on the list of books most challenged last year, along with others dealing with racism, racial identity, and sexuality.

“This is a fight for the truth that has always existed even if it rarely gets told,” Johnson says. “When the youth are empowered with stories about the experiences of others, they become adults who understand the necessity for equity and equality and have the tools to build a world the likes of which we have never seen.”

But far-right activists tell parents that words like “equity” are code for Marxism and something they should fight. Trump Republicans are encouraging MAGA activists to take over their school boards by running propaganda campaigns about “critical race theory.”

Trumpish state legislators are introducing laws to make it illegal to teach anything that might make white students experience “discomfort.” One Texas lawmaker demanded information from schools on 850 books he thought were suspect; his list included works on history and human rights. In Virginia, Gov. Glenn Youngkin set up an email hotline for people to report teachers suspected of “divisive” practices.

Books targeted in the current war on truth include a memoir by Ruby Bridges, which tells the true story about her walking through angry mobs when she was a six-year-old who became the first Black student to attend a New Orleans elementary school that had previously been off-limits to non-white students.

This is an important part of our history. We cannot build a future together if we are not willing to honestly face the truth about our past and our present.

Banned Books Week is a good time to commit ourselves to defending the freedom to read, teach, and learn about our history – and to opposing those who want to make it illegal to teach about that history or make it impossible for educators to do so without being smeared and harassed.

Ben Jealous serves as president of People For the American Way and Professor of the Practice at the University of Pennsylvania. A New York Times best-selling author, his next book, “Never Forget Our People Were Always Free,” will be published by Harper Collins in December 2022.

The post Commentary: Book bans are an attack on the freedom to read, teach and learn appeared first on WS Chronicle.

Commentary: Jackson, Mississippi, has a water crisis. Is there a permanent fix to...

Jay-Z Reportedly Might Team with Jeff Bezos to Buy the...