Concerned Clergy of Indianapolis joined local attorneys and the Indianapolis police chief to discuss their concerns with gun violence in Marion County now that the state’s new permitless carry law is in effect. Concerned Clergy President Rev. David Greene said there is a lot of work to do and knows “no one individual can do […] The post Clergy, city officials discuss gun violence, concerns with state’s new permitless carry law appeared first on Indianapolis Recorder. 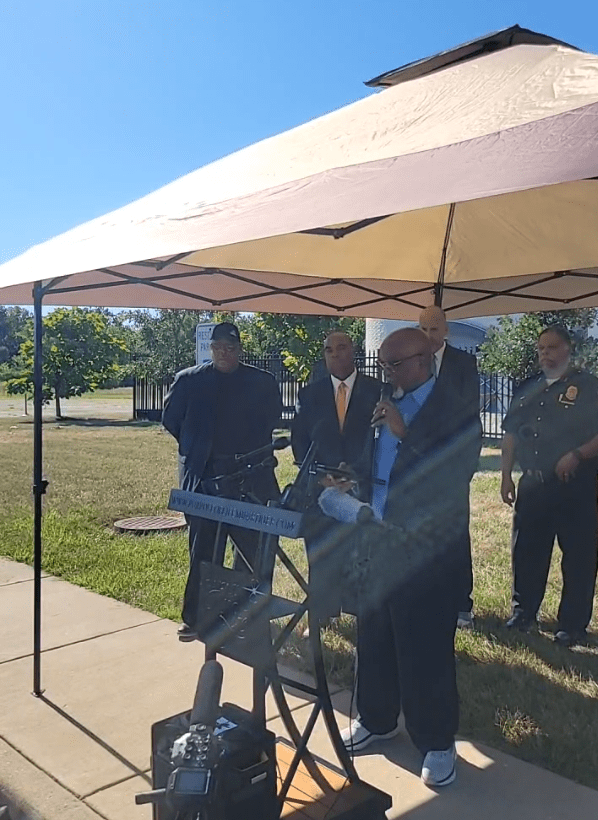 Concerned Clergy of Indianapolis joined local attorneys and the Indianapolis police chief to discuss their concerns with gun violence in Marion County now that the state’s new permitless carry law is in effect.

Concerned Clergy President Rev. David Greene said there is a lot of work to do and knows “no one individual can do it by themselves.”

The Indiana General Assembly passed a law that removes the requirement to get a permit to carry a firearm; the law went into effect July 1. Any individual wanting to purchase a gun will still need to get a background check; however, they no longer need a license to carry a handgun.

“We do not take a position on state legislation or state policy, but we operate in this environment where in past several years we’ve seen epidemic and unacceptable levels of gun violence targeting innocent folks every day,” U.S. District Attorney Zachary Myers said.

There are some restrictions on who can legally carry a handgun in public, including people with past criminal convictions or restrained by an order of protection. Several law enforcement leaders have criticized the law, including Indiana State Police Superintendent Doug Carter and IMPD Assistant Chief Chris Bailey.

Myers said it is a goal of the attorney’s office is to find out where people are getting guns to commit crimes and look at how they are getting into the hands of children and teenagers. Myers said they will prosecute people who lie to legally obtain a gun, or people who buy guns to traffic them.

“Those illegally obtained, illegally transferred guns are fueling the crimes on our street,” Myers said.

Myers said the office is shifting its focus to federally investigate and prosecute serious armed offenders.

“We were really able to make significant progress in terms of how we were able to investigate and prosecute cases,” Mears said. “We no longer have that tool available to us.”

One thing the prosecutor’s office wants to focus on is how young people get access to firearms.

One way, Mears said, is acquiring guns through social media. Private gun sales are not regulated in Indiana, Mears said, which makes it difficult to find and locate illegal gun sales.

It’s too early to tell what, if any, issues are directly related to the permitless carry law, IMPD Chief Randal Taylor said.

Another problem the department is running into, he said, is the magnitude to which guns are evolving. Now, people have the ability to 3D print gun accessories online. A Glock switch is a simple but illegal device that can be 3D printed, which turns a semi-automatic Glock pistol into a fully automatic firearm, according to the Bureau of Alcohol, Tobacco, Firearms and Explosives. The prosecutor’s office has 32 pending cases involving Glock switches, compared to zero cases in 2019, Mears said. Most of the individuals are younger than 22 years old.

“So, we have younger people with a more high-powered firearm and access to higher firepower than they ever did before out there on the streets,” Mears said. “That’s a real challenge for us and law enforcement … which is why it’s so incredibly important that we invest in our community relationships and community partnerships.”

Chief Taylor said it is up to individuals to carry responsibly. Taylor said to always store your gun in a safe, locked location and not in places such as a car or kitchen counter, and have a holster to carry it.

“Please don’t think this is a free-for-all,” Taylor said.

Indiana Black and Minority Health Fair expected to offer thousands of dollars in...

Black women philanthropists to be honored

Shackleford: Improving literacy in our community