Brittney Griner was selected as an honorary All-Star starter for this season's WNBA All-Star Game on Sunday, July 10 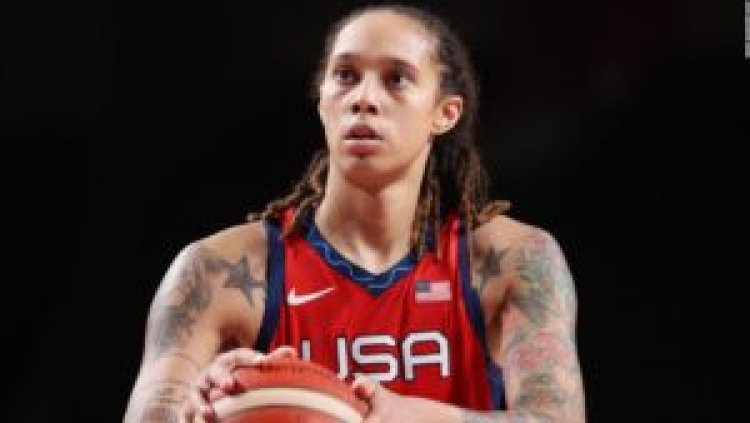 Since being detained in Russia, WNBA player Brittney Griner hasn’t played in any games this season.

“During each season of Brittney’s career in which there has been an All-Star Game, she has been selected as an All-Star,” said Engelbert in a written statement.

“It is not difficult to imagine that if BG were here with us this season, she would once again be selected and would, no doubt, show off her incredible talents. So, it is only fitting that she be named as an honorary starter today, and we continue to work on her safe return to the U.S.”

The 2022 AT&T WNBA All-Star Game will be played at Wintrust Arena in Chicago, home of the defending WNBA Champions, the Chicago Sky, on Sunday, July 10.

Earlier this year, in March, it was reported that police detained Griner in Moscow after officials found vape cartridges that allegedly contained cannabis oil in her luggage while at the airport. According to officials, the basketball star is facing drug smuggling charges with a possibility of 10 years in prison for having the cannabis oil pen.

Last week, her detention in Russia was extended again since being imprisoned. According to the Russian state news agency TASS, this time, her extension is until July 2. This is the third extension of Griner’s imprisonmentGriner’srst extension occurred in March when they extended her stay to May 19. Six days before that extension was expected to expire, it was extended until June 18. Once again, it was extended to the beginning of next month.

Black women are two to three times more likely to have uterine fibroids—here’s how...

Al Sharpton takes a bow, with Spike, to close out Tribeca

Executive Summary of a New Bill to End Mayoral Control

Turn Your Desk Into A Charging Station