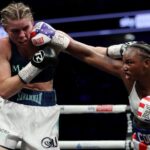 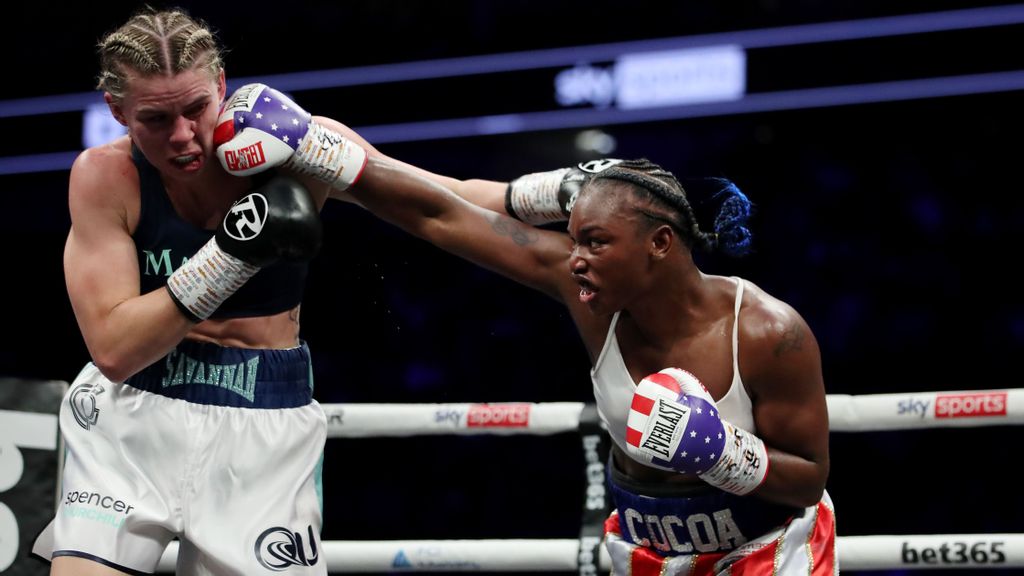 FLINT, Mich. — Claressa Shields continues to make good on her promise — to be considered the greatest female boxer of all time.

Shields traveled to the U.K. in mid-October to face undefeated Brit Savannah Marshall. After 10 exciting rounds, Shields earned a unanimous decision victory, giving Marshall her first loss as a professional.

Shields maintained her undefeated record, moving to 13-0. She hopes to return to the ring later this year or early next. Widely known as the “GWOAT” [Greatest Woman Of All Time], she’s living up to that moniker in the arena.

The champ gives Zenger the lowdown on her fight with Savannah Marshall, future plans and much more.

Zenger: Queen Elizabeth’s death postponed the fight between you and Marshall. How did the delay impact you?

Shields: I stayed dialed in because I had so much smoke I wanted to give Savannah Marshal. The game plan changed. We had more time to train, so we added some things. We continued to grow and never settled.

I train so hard, and I just continue to build. I compare it to the spirit of Kobe Bryant.

Shields: Me and Coach John see eye to eye. He’s not one of those cocky coaches that feels like he knows everything, and the fighter knows nothing. We are respectful of each other. He’s like a granddad. He’s very knowledgeable. He’s a cool, laid-back dude. We also have Coach Gerald Tucker, who is also part of the team. He and Coach John mesh well together. All we do is laugh and train hard. I don’t know how I would’ve won this fight without either of them.

Zenger: If you understand the pressure, you have an uncanny ability to hide it. Don’t you feel it?  Or are you just built for this?

Shields: I feel pressure in some moments, but it’s the kind I live for. I live for those cameras, and I live to go out there and show my boxing skills. If they’re booing, embrace it. If they’re cheering, embrace it. It’s my job to make them boo or cheer harder. I’m not afraid of it. Growing up in Flint (Michigan) made me accustomed to never running from adversity. I take it head on. Whenever there is confrontation, I’m like, “What’s up!” I don’t know how to turn a blind eye to it.

Zenger: You could make these fights so easy by simply boxing. But you have a dog in you that can’t be taught, right?

Zenger: Marshall’s power was the talking point prior to the fight. Did you feel she was as powerful as advertised?

Shields: She was a bigger girl than all the women I’ve faced. That was the only surprising thing. She didn’t have Deontay Wilder-like punching power. She had a punch if you let her connect on you from the outside and get full extension with her reach. If you let her land at the end of the punches, she had a punch. I was so skilled in there, I was able to neutralize everything that she was doing, hurt her to the body, and take some of her power. She wasn’t the biggest puncher I’ve been in there with. She was strong though, as all the girls are.

Zenger: You have an amazing ability to turn the promotional aspect of boxing on and off. I understand there was some hostility heading into the fight. Was it resolved after the final bell?

Shields: Sometimes my bravado can come off a little intimidating to people. But this is the sport of boxing. Nobody wants to see two girls fight who were hugging and kissing on each other and trying to be friends. I don’t want to see that. Some girls, when I’m promoting the fight, I don’t have a beef with them. But there are some girls that come at me sideways, and it’s inevitable for me to have a beef with them.

I give the energy that’s given to me, but I give it back 10 times more. After every fight, I’ve always had sportsmanship toward my opponents, regardless of what was said. Whether the fight was easy or hard, we’re all in a fight together. We’re all trying to build women’s boxing, trying to be the best, and win world championships. It’s not really turning it on and off — I’m just a good person.

The fight is the fight, but after the fight, I believe everyone should shake hands and hug it out. You find out who is the best inside the ring. After that, it’s all sportsmanship.

Zenger: It felt like a dominating performance, but I could tell you were a little anxious before the decision was read. When you heard your name as the winner, what was that feeling like?

Shields: Man, it was crazy because I’ve been waiting to hear that for 10 years! I had to go to her home country, in front of 20,000 hostile fans. Some people were cheering for me, but for the most part, the country came out to cheer for their own. It was insane, so when my hand got raised… I just wanted the announcer to hurry up. It was a crazy feeling. I already knew I won the fight.

After the fight was over, we both raised our hands, but she went and laid on the ropes. She looked at me, so I went over there and dapped up Peter Fury, I hugged her and told her: “Great fight.” I was just gracious after the fight, even before the decision. She looked defeated.

Zenger: You mentioned the 20,000 fans that showed up. How does it feel to be a part of creating this support for women’s boxing?

For us to come back after the 2012 and 2016 Olympics and turn pro, and have to start from scratch, it was challenging for me, Katie Taylor, Amanda Serrano, Savannah Marshall. And we did it off the muscle. That makes me even prouder, because they didn’t help us. And look where we are now.

Shields: I’d like to get back in the ring in December or January. Who? I don’t know. I just want to fight against the best. There are a lot of fights out there for me, but I want to be able to fight the best, for a lot of money, on a big platform.

Israel Is A ‘miracle’ But Some American Jews ‘not Doing The Right Thing’ By It,...

More Than Half Of Americans Believe Content Creation Should...