Black Voters Matter (BVM) today announced the launch of its Freedom Rides for Voting Rights, a voter outreach campaign to engage Black voters and build Black voting power across the South. Beginning in June, BVM will board its signature “Blackest Bus in America” for a voter outreach tour from Georgia to Washington D.C., making stops [...] 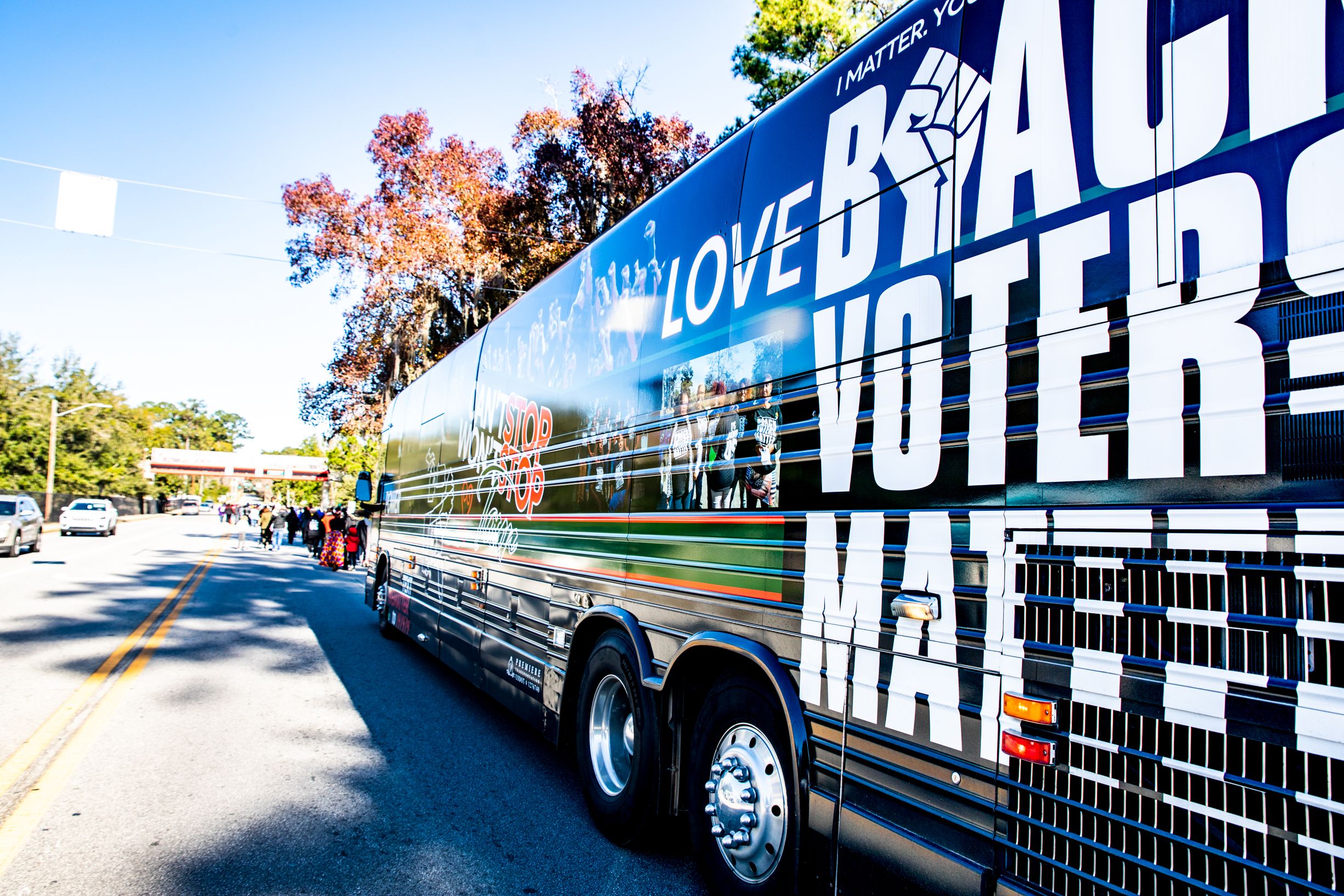 Black Voters Matter (BVM) today announced the launch of its Freedom Rides for Voting Rights, a voter outreach campaign to engage Black voters and build Black voting power across the South. Beginning in June, BVM will board its signature “Blackest Bus in America” for a voter outreach tour from Georgia to Washington D.C., making stops in key southern states to rally with partner organizations, meet with voters, and discuss the issues impacting their communities.

Today’s announcement also coincides with the 60-year anniversary of the launch of the original Freedom Rides from Washington D.C. throughout the South to challenge segregation in busing and public facilities.

“Sixty years after the original Freedom Rides, Black Americans are still facing significant barriers at the polls,” said Cliff Albright, co-founder of Black Voters Matter. “Legislation in Georgia, Florida, and dozens of other states threatens to further disenfranchise our communities and rob us of our power. We are launching the Freedom Rides for Voting Rights to build on the legacy on the original Freedom Rides and continue to fight those same systems of racism, segregation, and voter suppression that are impacting our communities today.”

“The original Freedom Rides did not only send a message to state and local leaders; they were also a demand for federal leadership on the issues and challenges impacting Black communities,” said LaTosha Brown, co-founder of Black Voters Matter. “On the 60th anniversary of the Freedom Rides, we are launching this campaign to echo that sentiment and deliver a message straight to Washington: our communities cannot wait for voting rights reform. We need federal leadership and the immediate passage of HR1 and HR 4 to protect voting rights now.”

On May 4, 1961, thirteen young men and women boarded interstate buses in Washington D.C. to challenge local laws enforcing segregation after two U.S. Supreme Court decisions declared segregation on buses, in bus terminal waiting rooms, and at other public facilities unconstitutional. The bus was meant to stop in New Orleans, but the “Freedom Riders” encountered so much violence and racism along the way that they were forced to end the ride in Birmingham, Alabama. In the weeks and months that followed, civil rights activists planned dozens more Freedom Rides to protest the treatment of Black people in America.

BVM’s Freedom Rides for Voting Rights, which continues the tradition of the original Freedom Rides, comes as more than 40 states consider legislation to restrict voting rights, which would have a disproportionate impact on Black communities. In addition to voter outreach and engagement, the bus tour will raise awareness about this harmful legislation and empower communities to combat restrictions to early voting, absentee ballots, and other important reforms. Similar to the original Freedom Rides, BVM is also encouraging organizations, activists and supporters to join the caravan for part or all of the route, creating space for those who would like to participate whether for just one day or multiple days.

Editorial Rerun – In Memoriam: The 100th Anniversary Of The Black Wall Street Massacre

Masego: Jennifer Hudson is the “Chosen One”

Fetty Wap Arrested By FBI On Federal Drug Charges During...