BLACK VOTERS IN G.A. MADE HISTORY ONCE AGAIN WITH RECORD-BREAKING TURNOUT IN SENATE RUNOFF ELECTIONS

LaTosha Brown and Cliff Albright, co-founders of Black Voters Matter, issued this statement following unprecedented turnout among Black voters in Georgia in the January 5 Senate runoffs, which resulted in the victories of Rev. Raphael Warnock and Jon Ossoff:  “Once again, Georgia voters have used their voices and their voting power to change the course [...] 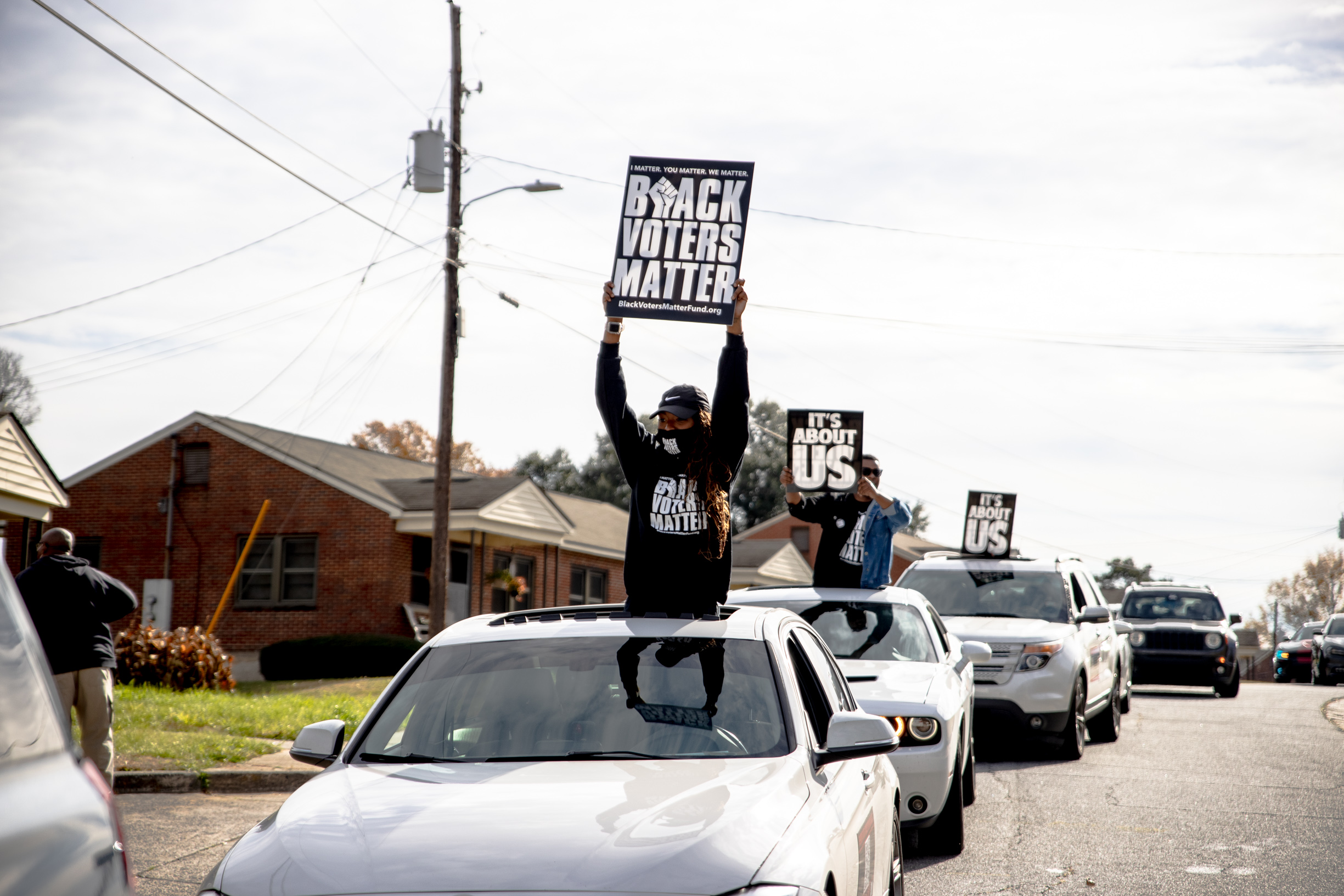 LaTosha Brown and Cliff Albright, co-founders of Black Voters Matter, issued this statement following unprecedented turnout among Black voters in Georgia in the January 5 Senate runoffs, which resulted in the victories of Rev. Raphael Warnock and Jon Ossoff:

“Once again, Georgia voters have used their voices and their voting power to change the course of this nation. In November, Georgia voters practically handed victories to President-elect Joe Biden and Vice President-elect Kamala Harris with a historic election outcome many thought impossible. And now, voters across Georgia — from the densely packed streets of Atlanta to the rural towns of Stewart County — have sent another forceful message to Washington: we’ve still got the power to hold leaders accountable to our communities. Congratulations to Rev. Raphael Warnock and Jon Ossoff on their extraordinary wins and to the people of Georgia for making history with another groundbreaking election.

“But make no mistake: Georgia owes tremendous gratitude to its Black voters, who turned out and voted in record numbers — just as they did in November. As one-third of the state’s population, Black voters have proven time and time again to be a key constituency group. We waited in line for hours to cast ballots, faced down agitators at the polls, and fought blatant efforts to suppress our votes, including from the President himself. Even as our communities feel the disproportionate impacts of the pandemic, economic downturn, and police brutality, we have continued to stand up for a fragile democracy that’s been reluctant to stand up for us.”

“This election — and the election outcome — should serve as a stern reminder to elected leaders, representatives, and policymakers everywhere: Black voters matter. Not just in an election year. Not just when it’s politically expedient. Always.

“For years, our organization has been reaching into Black communities to help them harness and leverage their voting power — and that work does not end on Election Day. We are continuing to empower Black voters to create the changes they wish to see. We are lifting up Black communities with mutual aid and spreading our message of Black love and joy. And now, as Black voters catapult new leaders to office, we are holding these leaders accountable for their promises to Black constituents.”

Mayor appoints Commissioner of the City’s Grants and Community...

Every Black Nominee For The 2022 Emmy Awards

Young Black Hollywood Is All About Grayscale