The Birmingham Times Pictures and videos of flooding on Birmingham’s city streets earlier this year were startling. In one instance, firefighters reported more than 20 water rescues in a period of about an hour and 20 minutes. One man died. Now help may be on the way. On Tuesday it was announced that Birmingham will […] 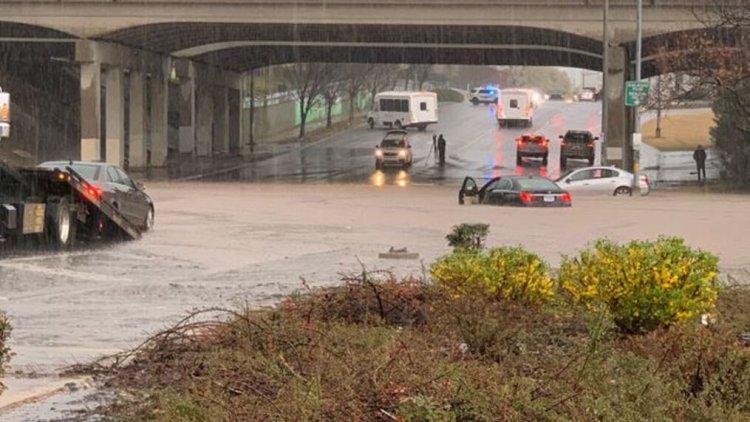 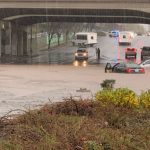 Pictures and videos of flooding on Birmingham’s city streets earlier this year were startling. In one instance, firefighters reported more than 20 water rescues in a period of about an hour and 20 minutes. One man died.

Now help may be on the way. On Tuesday it was announced that Birmingham will receive federal assistance to assess and improve the city’s stormwater drainage systems.

The city is one of 20 in the nation — out of more than 100 applicants — to receive a technical assistance grant from the Federal Emergency Management Agency, according to birminghamwatch.com

“There’s no direct funding that will be given to the city,” Kim Speorl, a zoning administrator for the city, told city councilors Tuesday. “We will be given a representative who will work with our stormwater and our floodplain and hazard mitigation department to identify projects to apply for FEMA grant funding in the future.”

Speorl called the grant “a win for the city of Birmingham.”

Last month, Mayor Randall Woodfin told attendees at the Bloomberg CityLab summit in Amsterdam, Netherlands, that the city’s fire department has performed 86 water rescues in 2022 alone including the 20 in the 80 minutes in March.

Roughly 18,000 of the city’s 27,000 stormwater inlets have been found to be “past their lifespan,” he said, adding that it would cost roughly $500 million to repair them all.

Extreme weather patterns caused by climate change have exacerbated the issue, he said, which disproportionately affects Black residents who historically have been redlined into living in floodplains. Federal assistance, he said, would be essential in fighting this problem.

The day after the mass flooding earlier this year, crews from the City’s Department of Public Works tried to remedy blockage in drains, cleaning inlets filled with mud and debris from flooding. Several “jet vac” trucks were used.

Blockage was not the main problem, however, said Joshua D. Yates, director of the City of Birmingham’s Department of Public Works.

“All of our system was primarily open and flowing,” Yates said. “It’s just a very large magnitude event.”

Stormwater management employees reviewed data from gauges throughout the city and assessed the data to plan for what next steps need to be taken. City crews continued to monitor any inlets in need of maintenance.

“Most of our inlets that we’ve check have been clear,” Yates said. “It’s really more of a system inundation than a blocked inlet. That’s decades of the system being designed for a smaller storm event.”

The system was not designed for events as intense as the city experienced in mid-March.

“It’s becoming larger and larger events that we have to prepare for,” Yates said.

The flash flooding throughout Birmingham is all part of a much bigger picture that needs to be addressed, Dr. Hamed Moftakhari, assistant professor for civil, construction and environmental engineering at the University of Alabama told AL.com earlier this year.

“I don’t think Birmingham is an exception,” he said. “Our infrastructure for storm drainage is quite old in many cities around the United States. We are designing to a rainfall and urbanization plan that is outdated.”

The Birmingham city limits has more than 8,000 acres in the 100-year flood plain.

UAB: How to Protect Against “Triple-demic” Viruses This...

100-Day Countdown to The World Games 2022 Begins in Birmingham