Two games into the ’22 season, the Bengals have lost both games. They were heavily favored in both and were fairly dominated against the Pittsburg Steelers and the Dallas Cowboys. The post Bengals mirroring past underachieving Bengals appeared first on The Cincinnati Herald. 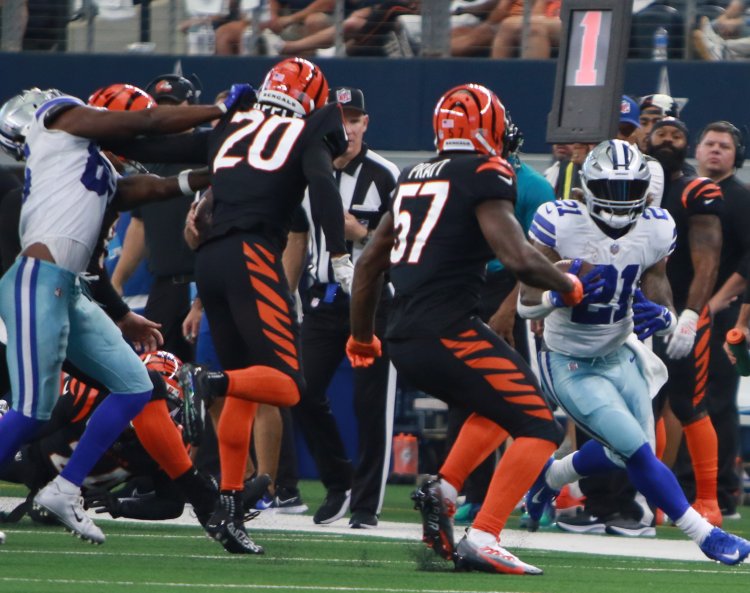 Remember that game ‘to tell the truth?’..You have three men name Mike Smith. A panel has to decide who the real Mike Smith is after a series of questions. In the end only one is actually named Mike Smith after the other two are deemed frauds. Unfortunately, this is the case with the 2022 Bengals.

Is this the Bengal team that captivated a city and a nation that reached the Super Bowl out of the blue after the ’21 season?..Or is this one of the pre ’21 Bengal teams, where losing was a routine and expectation that they couldn’t finish games?

Two games into the ’22 season, the Bengals have lost both games. They were heavily favored in both and were fairly dominated against the Pittsburg Steelers and the Dallas Cowboys. This past weekend Dallas was able to defeat Cincinnati behind a backup quarterback.

The story was the same in both games. A fierce pass rush resulting in a folding Bengal offensive line that has given up a total of 13 sacks. A big difference from ’21 to ’22 is Cincinnati is losing because of constant quarterback pressure and sacks. In ’21, Cincinnati was able to nearly pull off the greatest football story ever told in spite of quarterback sacks and pressure.

One of the ingredients that got Cincinnati to the Super Bowl in ’21 was a downfield explosive pass game. Flashes of that pass game have been present, but let’s just be honest. Quarterback Joe Burrow has not been able to carve up defenses with Ja’Marr Chase, Tee Higgins and Tyler Boyd the way he did last season. Some has to fall on Burrow’s shoulders with bad decision making. Most has to fall on an offensive line  that cost millions to build and yet to earn a cent.

Judging after the first two games of the season, it will look to be a tight divisional race in 2022. The only good thing about Cincinnati’s 0-2 start is that the entire division lost, giving all other teams but Cincinnati a 1-1 record. If this team has any aspirations of recreating the 2021 Super Bowl run or even a playoff appearance, the winning had better start and start fast. Cincinnati will face a suddenly confident New York Jets team and the New Orleans Saints in their next two battles.

“Our players are confident we’ll get things turned around,” said head coach Zac Taylor.  It’s good that somebody is confident, because the concern is growing  for this team’s execution. In the end, fans just wanna know will the real Bengals please stand up.

The post Bengals mirroring past underachieving Bengals appeared first on The Cincinnati Herald.

Matt’s Take: Soap bars, positives and negatives, and moving on

Lip Protection without Breaking the Bank